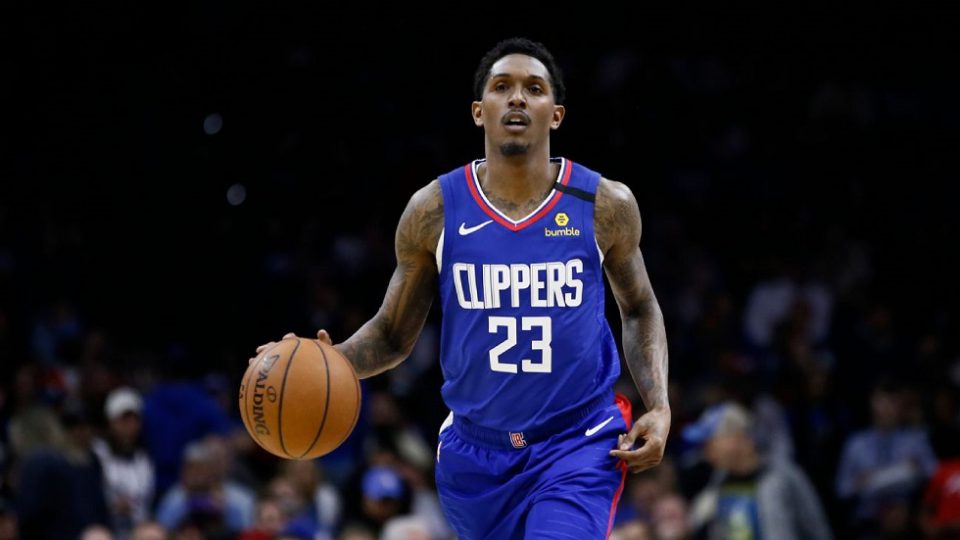 After what seemed to be wild 24 hours, Lou Williams is back in the NBA bubble. Doc Rivers confirmed in a press conference that Lou Williams was back in Orlando with the rest of the Clippers. When asked about Williams, Rivers said: “He’s back here, I can tell you that much.”

Williams has been the talk of the NBA, as it seems he may have partied with rapper Jack Harlow while outside of the bubble.

The NBA is investigating what Los Angeles Clippers guard Lou Williams did while on an excused absence from the Orlando campus, so it can assess the length of his re-quarantining process, multiple sources told ESPN on Saturday.

Did Lou Williams visit a strip club in Atlanta?

Los Angeles Clippers guard Lou Williams was photographed at an Atlanta gentlemen’s club on Thursday night by the rapper Jack Harlow, who quickly deleted the post from his Instagram story. Harlow tweeted on Friday, “That was an old pic of me and Lou. I was just reminiscing cuz I miss him.”

Lou Williams’ excused reason for leaving the bubble was to attend a funeral. According to Ramona Shelburne, Williams told NBA security that he did go to the Magic City gentleman’s club for a short time on Thursday night.

Sources told ESPN that Williams has been interviewed by NBA security about his whereabouts while he was away from campus, and told them he did go to the Magic City gentleman’s club for a short time on Thursday night

On Sunday, the NBA announced that Williams will be mandated to undergo a 10-day quarantine, which began Saturday. Williams confirmed to the league that he picked up food in Atlanta while on an excused absence. His quarantine period runs through the team’s first two seeding games.

The situation is something head coach Doc Rivers definitely isn’t happy with.

“I can’t share much with his journey because I wasn’t on that journey with him,” Rivers said. “Obviously those [photos] got out and that’s something we obviously didn’t enjoy seeing or liked.”

The Clippers were missing an entire rotation’s worth of players during the past two weeks in the bubble. Fortunately for them, they’re now starting to get the pieces back. Landry Shamet, Ivica Zubac, and Montrezl Harrell are on their way. Unfortunately for them, there’s a chance Lou Williams will have to quarantine during opening night in Disney World.

What did Lou Williams say about the incident?

Los Angeles Clippers star Lou Williams has not really come out in his defence or shared any specific thoughts about the controversy so far. He just tweeted and asked fans to “enjoy the memes”. Clippers shooting guard Lou Williams left the “Bubble” after playing a scrimmage against Orlando Magic. The reason put forward was personal concerns but Lou was spotted partying with Jack Harlow in a strip club. The event has drawn attention toward Lou but he is not much concerned about the criticism.

A fan tweeted in support of Williams regarding the visit. The three-time Sixth man of the year posted the same tweet with a caption “Leave it alone. Just enjoy the memes lol”. It seems that Lou is not concerned about the backlash that he had from the fans around the world.

The player has also informed that the incident is true as he stopped for food at Magic city at Atlanta. Reporting about the personal life of players is still a question that many have to answer.

However, with this incident being about violating protocols, fans and NBA authorities alike would be happy that it’s all out in the open and that Lou Williams will be reprimanded for his actions.

The NBA investigated the Lou Williams’ episode and now has come up with a decision that the player needs to be quarantined for 10 days. The usual isolation period for a player returning to the bubble is 4 days but given different situations, it can differ in accordance with the situation. The same has happened in Lou’s case.

Lou Williams and the NBA need to ensure that no such breach of protocol happens in the future and if players leave the bubble due to personal reasons, they should remain quarantined with their families in their house itself. Any spread of the virus within the bubble could end the NBA season.

What will Lou Williams miss during his quarantine?

The recently re-started NBA season is holding scrimmage games currently, which are sort of like pre-season games. The seeding games are supposed to start later this week and Lou Williams will miss games against Los Angeles Lakers (30 July) and New Orleans Pelicans (1 August) during the official NBA re-start. Other CLippers players Montrezl Harrell and Patrick Beverley had already been excused from the bubble so they could attend to some family matters. These three aren’t the only players that are missing in action for the Clippers. The team is also missing Ivica Zubac and Landry Shamet. Zubac had recently shared a photograph of a picture of what appeared to be a window view at the Walt Disney World Resort with the location of Disney’s Coronado Springs Resort on Saturday morning on Instagram. Meanwhile, Shamet had shared a picture of himself travelling in a private jet.

The L.A. Clippers squad was a title favourite for this season and aside from its superstars Kawhi Leonard and Paul George, the team’s greatest strength was its depth. With so many mishaps occurring around its players, the road to an NBA title seems anything but easy for the Clippers. Paul George is coming back from two shoulder surgery and two time NBA Finals MVP Kawhi Leonard has been under load management for years now and he has continuously struggled with nagging injuries. Many people believe that his injuries are actually a condition and his string of missing games because of them will continue in the foreseeable future as well. All Clippers fans who were rejoicing at the news of cross town rivals Los Angeles Lakers missing Avery Bradley and Rajon Rondo, have bigger problems to worry about within their team. Their superstar Kawhi Leonard keeps missing games because of load management and their best player off the bench and multiple Sixth Man of the Year trophy winner, Lou Williams will be missing action because he was allegedly at a strip club during his excused absence from the bubble. Another problem with Lou Williams’ quarantine is that he won’t be able to train with the team and miss valuable playing time. Because of Lou Williams’ transgression, the NBA might make leaving the NBA bubble more strict. He was excused from the bubble to attend his grandfather’s funeral but he then stopped by at the famous Atlanta strip club, Magic City. Lou Williams claimed that he only stopped there for the wings and was in and out in 20 minutes. Lou Williams had called the Magic City wings “a part of his culture” in an interview with ESPN’s Ros-Gold Onwude earlier this year. Magic City is one of his favourite restaurants in Atlanta. The strip club place even has wings named after him, they are called the “Lou Will Lemon Pepper Barbecue Wings”. A lot of strip clubs are actually famous for their food.

Former NBA center and current ESPN basketball analyst Kendrick Perkins said that Lou Williams has “broken the trust” because of his transgression. Fox Sports One analyst Colin Cowherd jokingly said “I drive by strip clubs, I never see a produce truck outside.” At least until the seeding games start, this Lou Williams incident is definitely going to be the most talked about topic among NBA players, fans and analysts. Hopefully, he will be able to bounce back and help the Clippers win their first ever NBA Championship.

Tony Dokoupil: The Incredible Life and Upbringing of The CBS Anchor [Updated 2022]