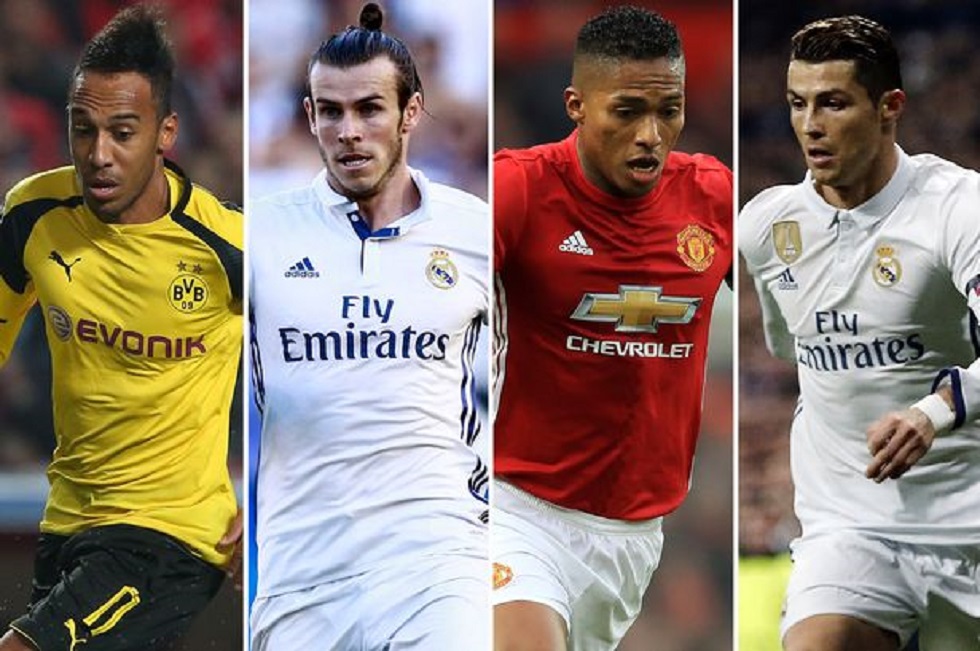 It is certain that all football fans around the world desire to admire superb long shots into the net from an unbelievable distance or angle. In the history of football, there have been a significant number of footballers producing such stunning shots with incredible force.

You wonder who they are. Then, don’t hesitate to explore this interesting information in our article.

The talent of Ronaldo clearly shows in the quarter-final match between Man United and Porto.

Before that, the two teams drew 2-2 at Old Trafford, where Man United was the home team. Therefore, this match put Man United under pressure to gain victory against Porto.

On the other hand, as the home team, Porto had a high level of confidence. However, this confidence drained away right at the 6th minute when the ball went to Ronaldo after Anderson’s pass in the middle of the field.

After correcting the ball for a moment, he saw no teammates to coordinate. Finally, this Portuguese footballer decided to shoot the ball into the far corner of the goal from a distance of 35 meters with tremendous speed.

Porto’s goalkeeper could do nothing but see the ball go into the net hopelessly. It was also the only goal of the match that helped Man United to reach the semi-final of the tournament.

In the football world, few players can take such a shot. After that, Ronaldo’s shot was also voted the best FIFA goal of 2009.

For the first time to play for the LA.Galaxy club in the match against Los Angeles Fc, Zlatan Ibrahimovic played a memorable match in his career when creating a masterpiece that brought considerable excitement to fans.

Not long after appearing on the pitch, he hit a stunning volley from a distance of 40 meters to score the equalizer. At that time, the StubHub Center stadium was covered with a bustling atmosphere.

After the match, Ibrahimovic said in an interview that he felt too tired to continue running. Therefore, he decided to take a shot from a long distance.

Roberto Carlos is a Brazilian left-back who had an incredible shot that almost no expert can explain the orbit and speed of that ball.

In a friendly match between France and Brazil at Stade de France in 1997, Brazil was awarded a free-kick from 32 meters. The player who was assigned to get this kick was Roberto Carlos.

After taking a run-up, he took a classic shot that made the goalkeeper Fabien Barthez become powerless to prevent the ball from going into the net.

Watching the goal on camera, we can see that the ball moves in an arc and is close to the defensive line before reaching the top corner of France’s goal.

Many people think that Carlos’s shot is in luck, but research has shown that his shot had a speed of about 137 km/h. Up to now, in the football world, it is rare to find such a goal these days.

Adriano is not a stranger to football enthusiasts all over the world.

His left foot created countless miraculous goals during his career. With superior techniques and terrific speed, this striker used to threaten the goal of the opponent goalkeeper with terrifying long shots.

Apart from the ideal height of 1.9 meters, Adriano possesses the remarkable ability to dribble the ball and the best left foot at the time, Adriano was like a combined version. Many people have said that he is a perfect combination between Ronaldo and Roberto Carlos.

When being in a good mood, Adriano was a master of long shots with his left foot.

After six seasons of playing at Inter Milan, he has experienced two opposing extremes. At times, he was voted the best player, while sometimes he was considered the worst player.

During the time with Brazil, he scored 27 goals. His fastest shot has a speed of up to 144 km/h.

Givanildo Vieira de Sousa, whose nickname is Hulk, performed a lot of high-speed shots. As a man with a muscular body and powerful shots, the Brazilian footballer created incredible goals many times.

While playing for Shanghai SIPG, he made many football fans unable to hide their surprise when seeing a spectacular goal for his home team in the Chinese league.

His kick was so terrifying that the reporter’s television camera could not catch that image of the ball. Statistics show that this long shot can reach a speed of 150 km/h.

Before coming to Shanghai SIPG, he played in several major tournaments in Europe, where Hulk was widely famous for his ability to take long shots.

He is a brilliant left-footed player who possesses excellent strength and passing skills. With such admirable qualities, the Brazilian striker had several amazing shots at unbelievable distances.

We have introduced you to the list of top scorers with powerful shots. Hope that the given information will bring you happy moments.

Thanks for spending time on our article. If you have any questions or contributions, it is highly recommended to leave your comments below.