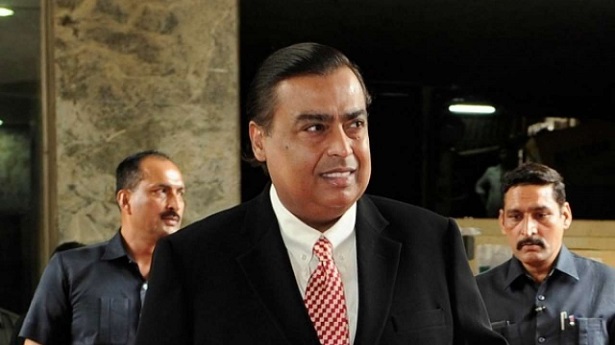 If counted in numbers, there are approximately 62 billionaire sports league owners all over the world, who has collected the worth of $375 billion. However, according to Forbes list of ‘The World’s Richest Sports Owners’, Mukesh Ambani, who is the owner of IPL’s team Mumbai Indians is top billionaire among all.
Mukesh Ambani has a net worth of $47.7 billion, which has deposed the position of former CEO of Microsoft Steve Ballmer, who was on No. 1 spot for last three years, a report disclosed by NBA Los Angeles Clippers. Mukesh’sbasic wealth comes from Reliance Industries, which is a Mumbai based company.
Reliance was a small textile manufacturing company founded by DhirubhaiHIrachandAmbani. Dhirubhai started the company from a small office room where spices were exported to Yemen in first and then yarn began to import.
The business boomed by late 1960s and Dhirubhai, who himself never was able to finish his high school started worrying about his kids who would get spoiled without learning real skills of life.
Dhirubhai hired a tutor for Mukesh and his siblings to give real-life learning and experiences. This was something interesting, the tutor used to take them to field trips for buying tickets at a railway station and riding public transport. This helped Mukesh Ambani to be more realistic and helped him in expanding his vision.
There are only a few numbers of business tycoons who have a billion dollar empire and have invested a part of their wealth in different sports leagues.  Some of them are die-hard sports fans and others have found professional sports team a remunerative investment option with high revenue possibilities.
However, being an investor and successful entrepreneurs, they understand that investing in professional sports teams are among the riskiest business models. Sports business require constant investments with breaks of a long period as the revenue relies on major external factors as well, which is beyond the control of investors.
The Mumbai Indians have a brand value, they are three-time IPL champions and the worth is estimated to be $106 million in 2017, which is a 36% of a jump since 2016. This has made Mumbai Indians one of the most valuable teams in IPL and also they are the first to cross $100 million marks among all the other team of IPL.
Months ago, 61 years old Ambani was declared as Asia’s richest man, leaving behind Alibaba’s Founder and Chinese business magnate Jack Ma.