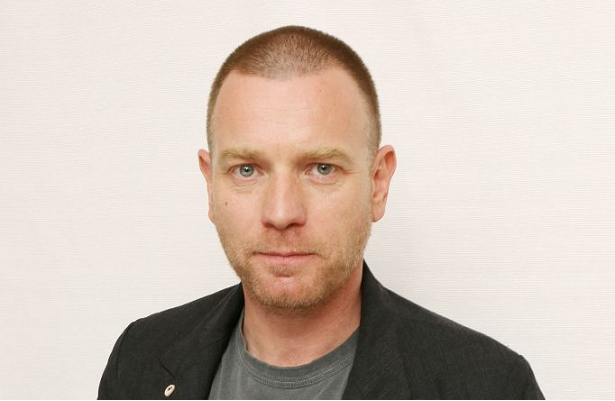 Often hailed as one of the finest actors of his generation, Ewan Gordon McGregor (Christopher Robin) consistently captivates audiences with a diverse line-up of roles across a multitude of genres, styles and scopes. McGregor has recently been seen playing two leading roles in FX’s Emmy-winning drama ‘Fargo’. He received critical acclaim for his role as brothers Emmit and Ray Stussy in the season three anthology, winning the best actor in a miniseries or television film award at the 2018 Critics’ Choice Television Awards and the 2018 Golden Globe Awards.
Directed by Marc Forster, ‘Christopher Robin’ visits an old classic which explores the story of now an older Robin along with Winnie the Pooh, his dear bear friend. According to Ewan the stuffed animals seen in the movie looked beautiful and very real with a sort of aged look to them, they all looked like they had been in a toy box for thirty years.
When asked about how it was working opposite a stuffed bear, Ewan said, “In this film we had to do takes with the hero teddy bears (they call them stuffies)…now I don’t know if that was an Americanism or a filmism, but they were basically teddy bears. So when I did the first takes, I did those with Pooh, and what Marc Forster did brilliantly was cast players for Pooh, Tigger, Kanga and Eeyore, actors who stood in for each of them. The film wouldn’t be nearly as affective, and the acting wouldn’t feel as real and as good if it wasn’t for those actors playing the characters.”
“I think people will be surprised and I think it’s probably what Walt Disney wanted from the beginning. A film that is for children, but not just for children,” said McGregor in a statement.
A heartwarming live-action adventure, ‘Christopher Robin’ is directed by Golden Globe nominee Marc Forster and stars Golden Globe winner and Emmy nominee Ewan McGregor as Christopher Robin, Golden Globe nominee Hayley Atwell as his wife, Evelyn; Bronte Carmichael as his daughter, Madeline; and Emmy winner Mark Gatiss as Giles Winslow, Robin’s boss.
The film also features the voices of Jim Cummings as Winnie the Pooh and Tigger, three-time Emmy winner Brad Garrett as Eeyore, Golden Globe nominee Toby Jones as Owl, Nick Mohammed as Piglet, Oscar winner Peter Capaldi as Rabbit and Oscar nominee and Tony Award winner Sophie Okonedo as Kanga.
Disney’s ‘Christopher Robin’ will release in India on August 10.