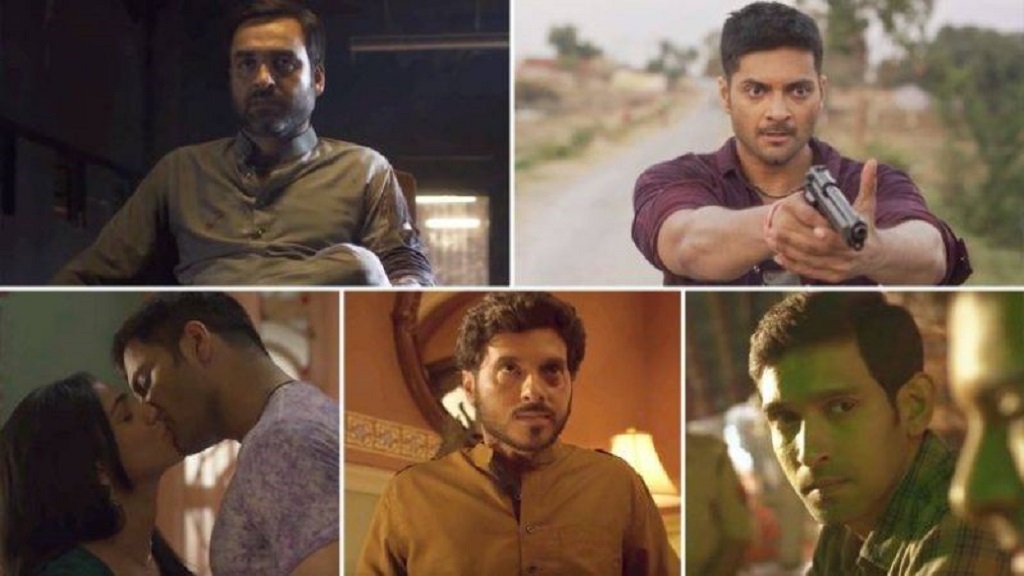 The trailer of 2018’s much anticipated gangster banter- Mirzapur  had already crossed 5 million views in a span of less than a week.
Set against the gloomy backdrop of Uttar Pradesh, the web-series is a dark tale of power and position.
Interestingly, the trailer has already left the audience perplexed for its intimidating narrative and we can’t agree to this anymore.

Directed by Karan Anshuman and the splendid producers’ duo of Farhan Akhtar and Ritesh Sidhwani, the upcoming stars Pankaj Tripathi, Ali Fazal and Divyendu Sharma playing characters like never before.
This series acquaints us to the world of ambiguity and mistrust, where the one with power and position has a right to survive.
We bring you 5 best instances from the trailer where Pankaj, Ali and Divyendu shine bright justifying their respective avatars…
Remember Guddu Pandit, who seems so fearless and impulsive in the trailer, is sure to surprise you and make you think twice about his character throughout the Series. Ali Fazal will be seen playing a different ball game with short hair and a changed dialect, complimenting to his transformed avatar of a gangster.

Akhandanand Tripathi, a millionaire carpet exporter aka the Man of this deadly play-off is as astute and clever as possible. The trailer features his story in a voiceover with him sitting with absolute authority and a stern face. Pankaj Tripathi will be seen as a man who’d walk on dead bodies to triumph the crown of Mirzapur. He holds no grudges but a burning desire to stand out amongst the rest.

Who would expect a gangster over a dinner table? This is quite a possible an event in Mirzapur. Munna Tripathi, the only heir who seeks nothing but power and will turn all your fancies about a goon into reality after this scene. Take a trip back to the film ‘Pyaar Ka Punchnama’ where you were in an awe of ‘Liquid’ aka Divyendu Sharma’s character and to a completely gruesome avatar in this Amazon’s Prime Original Series.

Ali Fazal is surely setting some high standards with his back-to-back appearances in the trailer- which looks both dreadful and intriguing at the same time. It would be no less a treat to watch this talented actor seizing hearts with his performance in Mirzapur.

In a jungle full of hungry animals, the lion always remains undisturbed. Not to forget, Akhandanand Tripathi is shrewd yet the most composed individual across the character palette of Mirzapur. This dynamic actor is all set to blow our minds once again with his unmatched acting skills and we can’t wait to watch the show this November.

Mirzapur is all set to hit the internet on November 16.

A Narrow Escape from Perverts Around Me – #MeToo