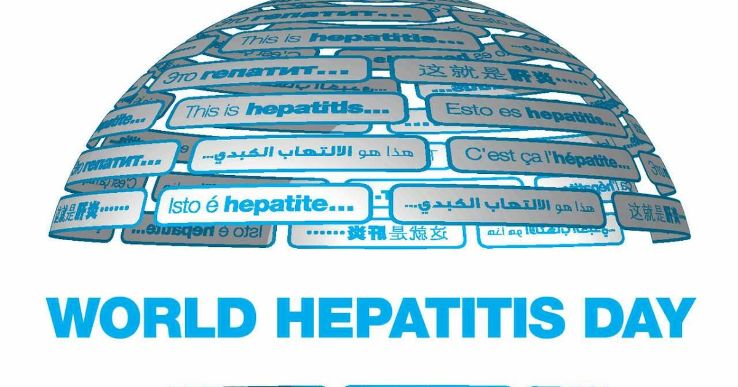 We have all often heard the word ‘Hepatitis’, we have taken vaccination for it as a child and we also ensure our kids get their shots on time. Even then, Hepatitis has been killing 1.34 million people across the world each year; and the main cause of this is ignorance. Almost 300 million in the world are unaware of the disease they have. Viral Hepatitis causes 2 in every 3 liver cancer deaths globally.
This is indeed very serious and large scale awareness, immunization and treatment campaigns are the need of the hour.
Hepatitis B and C are chronic infections that may not show symptoms for a long time. Almost 60% of liver cancer cases arise out of late detection and treatment of the infection.
The International Hepatitis C awareness day was held on 1st October 2004 but multiple dates were considered globally. Hence in 2008, World Hepatitis Alliance along with numerous patient groups declared May 19 as Hepatitis Day. World Hepatitis Day unites patient organisations, governments, medical professionals, civil society, industry and the general public to boost the global profile of viral hepatitis.
In May 2010, the 63rd World Health Assembly (a forum of WHO and world’s highest health policy setting body) endorsed World Hepatitis Day and the date was changed to 28th July in honour of Nobel Laureate Dr. Baruch Blumberg (his birthdate), who discovered the Hepatitis B virus in 1967 and developed the first vaccine for Hepatitis B two years later. A resolution was passed in the Assembly to ensure global awareness, understanding of the virus and strengthening control measures for it across the globe.

Every year, WHO accords a theme to the Day. In 2016 the theme was ‘Know Hepatitis- Act Now’ and in 2017; ‘Eliminate Hepatitis’. This year it is ‘Test. Treat. Hepatitis’ by WHO and the theme by World Hepatitis Alliance for 2018 is ‘Find the Missing Millions’ referring to the large population that is still unaware of suffering from the virus. WHO activities have multiple objectives globally such as supporting testing and treatment, showcasing best practices in promoting hepatitis related services and improving partnership and funding in the fight against viral hepatitis.

There are some important facts related to Hepatitis that many do not know.
-Viral Hepatitis is included in Sustainable Development Goals.
-A cure for Hepatitis C exists. So does a vaccine and treatment for Hepatitis B.
-World Hepatitis Day is one of eight official public global campaigns marked by the World Health Organization (WHO), along with World Health Day, World AIDS Day, World Tuberculosis Day, World Blood Donor Day, World No Tobacco Day, World Malaria Day and World Immunization Week.
-In 2012, a Guinness World Record was created when 12,588 people from 20 countries did the Three Wise Monkeys actions on World Hepatitis Day to signify the wilful ignorance of the disease.
-In 2016, 194 governments adopted WHO’s Global Strategy on Viral Hepatitis, which includes a goal of eliminating hepatitis B and C by 2030.
Mongolia has one of the highest number of people affected by liver cirrhosis and cancer in the world. WHO and the Government of Mongolia will hold a series of events in Ulaanbaatar, Mongolia to commemorate the World Hepatitis Day 2018. The events will include health experts, global representatives and patient groups from across the world being a part of awareness seminars, shedding light on innovative solutions and partnerships needed for elaborate treatment services.
Director General of WHO, Dr.Tedros Ghebreyesus has a video message for the world on World Hepatitis Day 2018.