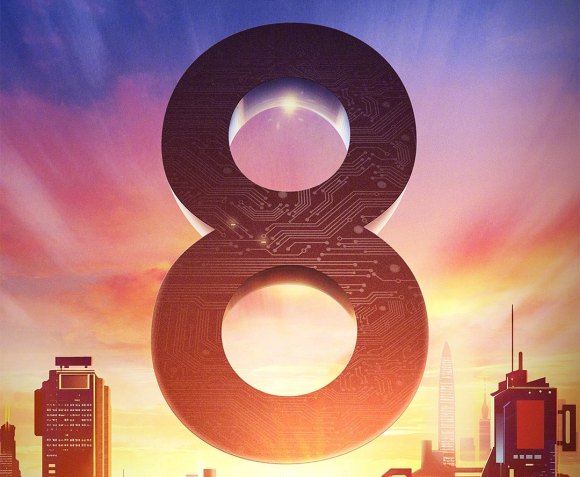 Recently, Lei Jun XIaomi CEO confirmed that the company will introduce several products during its forthcoming Shenzhen event. Yesterday, Xiaomi announced its forthcoming Shenzhen event date, 31st May. Not only event date, the company also confirmed that it will introduce Xiaomi Mi 8 smartphone on the same event. Today, the official MIUI Weibo account confirmed that the company will also unveil its MIUI 10 during the event.
Last year, XIaomi launched MIUI 9 and claimed that it is as fast as the Lightning. Now the official poster of the MIUI 10 suggested that it will be faster than lightning. Which means the successor of the MIUI 9 will be offering better performance. Earlier this year, the company said that it won’t released the MIUI 10 for those phones who still running on Android 5.0 Lollipop. 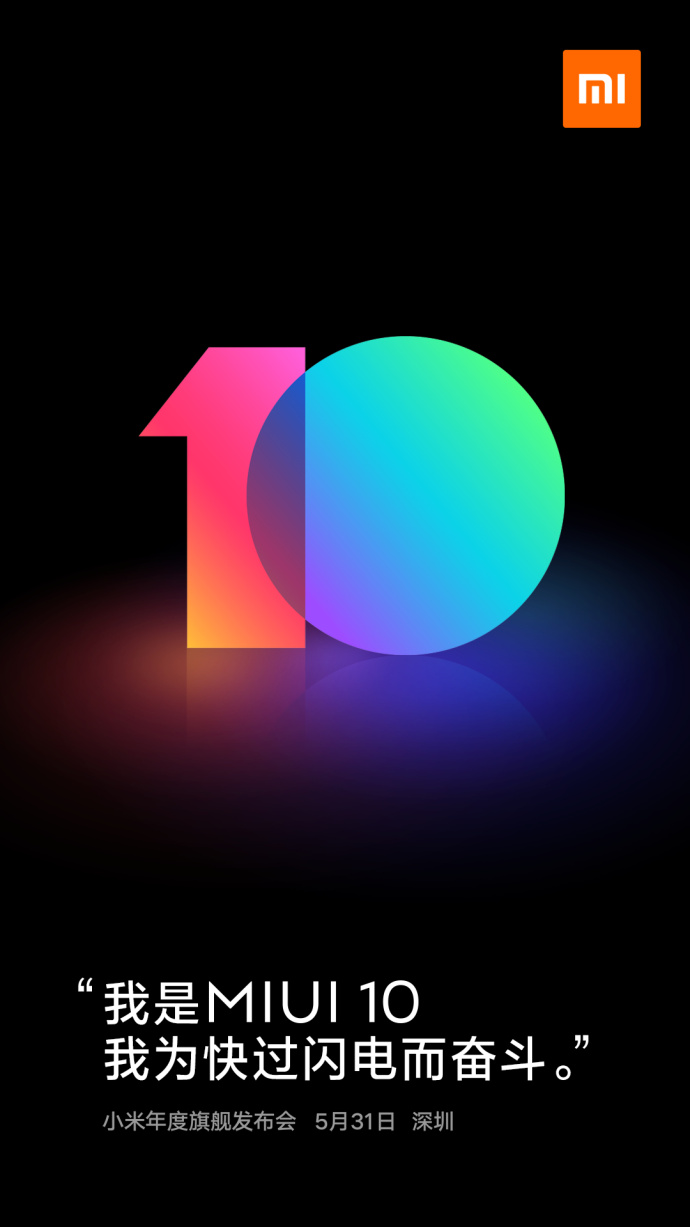 Recently, XIaomi released the latest MIUI 9.5 for few smartphones. Last month, the company temporarily stopped the MIUI 9 and hinted that the company could release the MIUI 10 soon.
The company confirmed that it will unveil the Xiaomi Mi 8 on 31st. It looks like it will be the company’s first smartphone to come with MIUI 10. Xiaomi Mi 8 will be the company’s 8th-anniversary phone. There is speculation that the company will launch the Mi Band 3 fitness tracker at the event.
Last year, the company launched the Xiaomi Mi 6 and expected that this year XIaomi will launch Mi 7 flagship. There are some romurs that claim that the company won’t be launching the Mi 7 smartphone. Starting this week, there was a leaked image showing two different Xiaomi devices with different front panels with notch design. The leaked image suggested that they probably  Xiaomi Mi 8 and Mi 7.  WHich means, there is a possibility that Xiaomi may also introduce the MI 7 at the event.
Source

Xiaomi is actually progressing in leaps and bounds! Hats off to their growth!

10 Things You Never Knew About the Met Gala

6 Advantages of a Video Surveillance System for the Manufacturing Sector