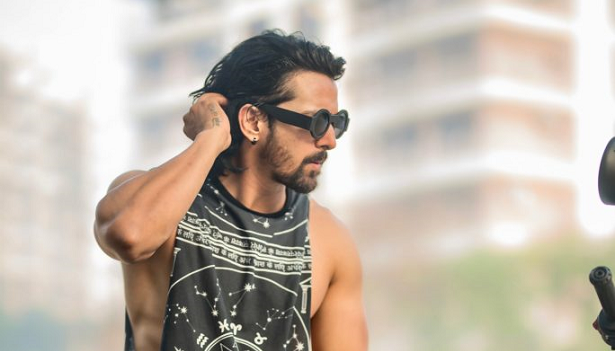 Despite being just one film old in Bollywood, Harshvardhan Rane already has a huge fan following. The talented actor, who is eagerly anticipating the release of his forthcoming war drama, PALTAN, was quite surprised by the sweet gesture of one of his fans recently.
We have time and again seen fans doing something special for their matinee idols. On the other hand, many actors like Harshvardhan also share a direct, personal, emotional relationship with his fans. So one of his fans decided to show his love with a tattoo.
And he decided to impersonate the same tattoo sported by the handsome actor on his right hand.
“When I walked out of the gym recently, I saw a boy looking at me and smiling and he flashed his tattoo ‘Son of God’ just like mine. I hugged him and clicked a picture with him. He wished me good luck for PALTAN, releasing on 7th September this year. Such a sweet gesture” said Harshvardhan.
Based on Indo-China war, produced by JP Films and presented by Zee Studios ,PALTAN is slated to release this year
previous post

Taapsee Pannu missing in action from Soorma Promotions? Here’s how the actress is making up for it!

Sometimes, these small things prove to be the door for greatest opportunity in future.