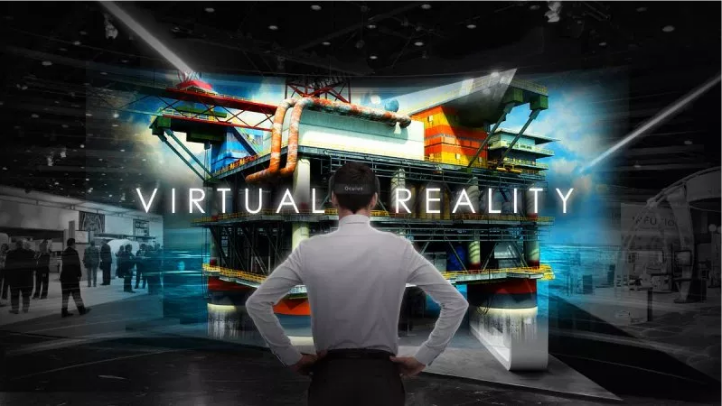 Since past few years, Virtual reality (VR) technology have won a prominent market size showing a significant growth rate in upcoming years also. Earlier, to think and hear about virtual reality was fascinating and unbelievable, however, with the advent of technology and growth seen in global virtual reality gaming industry, we can agree that it has huge potential to become future of gaming. At least for the gadget freaks and gaming lovers.
The era of virtual reality gaming started with the release of Samsung Gear VR and Oculus VR. HTC launched Vive headset in the year 2015 all equipped with tracking technology and hand controllers that gained the virtual reality companies’ global revenue not less than $4.3 billion. In 2016, more than 230 companies developed products related to virtual reality software’s and hardware’s based upon data demanded. Looking at the flourishing virtual reality industry that offers immersive experiences with HD quality pictures and sound that were not present in earlier gaming consoles have made the VR gaming one of the most potential gaming experience for its users.

How does VR work?

VR headsets are usually referred as HMDs which is also defined as head mounted displays. Even if you do not play audio and hand-tracking, by holding Google cardboard in which your smartphone is placed and displayed in front of your eyes, can give you an immense experience where you can feel half immersed in the world of virtual reality.
The basic goal behind this technology is to create a 3D virtual world where every element appears like life size beyond those boundaries that is associated with computer screens or televisions and smartphones. So, the screen mounted in front of your eyes is only what you look at that overlay’s graphics over the view of real world in front of you.
Inbuilt video is sent form a computer or consoles to the headset you are wearing through a HDMI cable for headsets like Rift and HTCs Vive. Samsung Gear VR and Google Daydream headset already have smartphone slotted inside the headset.
VR headsets further uses either of the two feeds that are sent to two LCD displays or any of the display i.e. one per eye. Lenses are present between the pixels and your eyes due to which the devises are often referred to as goggles. In few cases, they can be adjusted to match distance between eyes depending upon different person’s holding capabilities. These lenses reshape and focuses the pictures for each of the eyes while creating a stereoscopic 3D picture by matching two 2D picture for mimicking how our eyes sometimes view the world differently. If you close one of your eyes, the other ones see individual objects dancing from one side to the other and so you can imagine the idea behind this.

While wearing a VR headset and when you shift your looks in every direction, the picture displayed in the headset also shifts which is termed as head tracking. Different internal elements can be utilised for head tracking like accelerometer, magnetometer and gyroscope. However, head tracking can sometimes play at below expected level. Here we are talking about a time lag of around 50 milliseconds or little less than it that is detected when we turn our head from one side to the other or whenever VR environment is changed. This lag can create issues for any motion movie or tracking inputs like PS moving controllers which measures arm and hand movements.
Headphones can also be used here that can increase sense of immersion. 3D audio or binaural can be installed by game developers or apps to apply into VR headsets technology related to head-tracking to give the users a sense of sound coming from all places or far away distance.

Although head tracking has given big advantage to premium headsets like mobile VR headsets and Cardboard, many VR players are still developing it by implementing motion tracking in it. In motion tacking, whenever you look down while the headset is put on, the first thing that you can see is your hands that are present in virtual space.
For instance, when you put on a data glove in which sensors are attached and is a part of driving game, the sensors will record your hands movements as a part of game. So, when you turn a steering wheel, you move your hands in a particular direction. These movement further reports back to the consoles or computers which analyses and interprets the data to transform your actions to proper direction on screen.

Eye tracking is the latest version in VR technology in which infrared sensors keeps a track of your eyes that looks into the VR headsets and so they know where your eyes are actually looking at in virtual reality. This feature of eye tracking is the most exciting one that allows the game characters give a precise reaction like where you desire to look at and even provides players with in depth feeling of realistic world.

What is the future of VR technology?

With rapid advancements in technology and creation of immersive experience especially in digital world, major market players like Microsoft, HTC, Google and Samsung are making incredible efforts to develop present capabilities in best possible ways. We are not very far away from those times in which virtual reality world will give us more pleasure than present real world. Even, with developments, VR technology will spread to that extent in which every person will get used to it for daily chatting and interactions along with incredible gaming experience.

15 Most Amazing Caves In The World

How Can an Invoice Making Software Help Your Small Business?