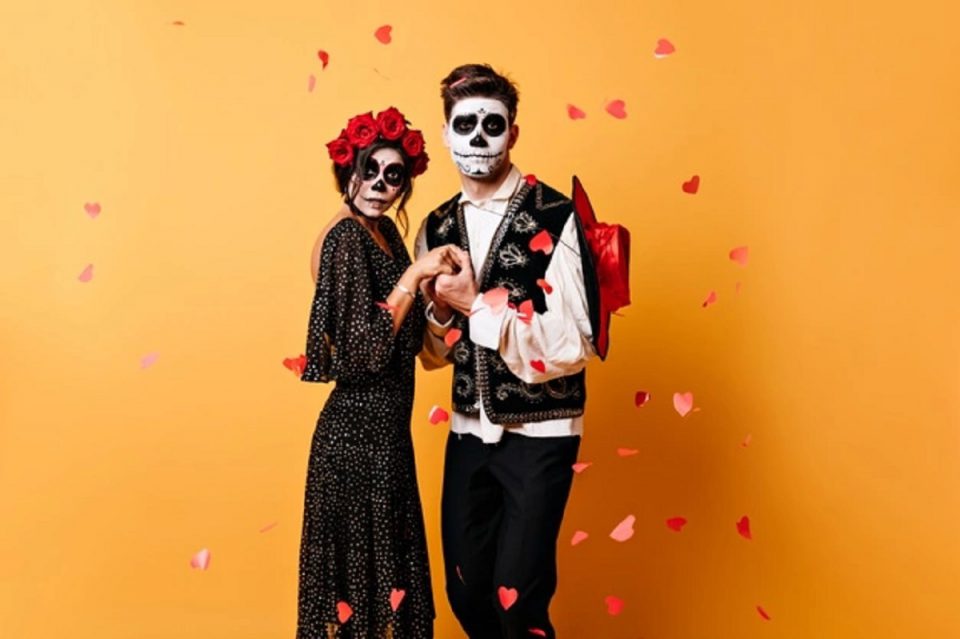 Every society has cultural traditions that define its history and distinguish it from others. However, some people, particularly those who are new to a foreign nation, assume that the natives would act and behave in the same way that they do.

Cultural traditions, like language, help to identify one’s ancestors. People are imbued with cultural traditions and practices. It is a set of beliefs and behaviours that have been passed down from generation to generation. As a result, persons from other countries should not assume that what they consider rational and courteous behaviour, facial expressions, hand gestures, and cultural norms in their own country are interpreted in the same way in another. Here are 10 unusual cultural traditions from across the world that will amaze you.

1. Wedding Cakes in the United Kingdom

Few aspects of daily living have spawned as many traditions as eating. Food-based customs are a significant component of practically every culture, from the tools we use to eat and the way we sit to the meals we associate with specific seasons.

In the United Kingdom, for example, it’s customary for newlyweds to freeze the top tier of their wedding cake and to eat it during their first wedding anniversary a year later. It is said that doing so will bring the couple good fortune. Because a traditional wedding cake is created from alcohol-soaked fruitcake and covered with marzipan and royal icing, this doesn’t spoil.

2. Select the appropriate time to discuss business in Bolivia

Even if you are in Bolivia to conduct business and have little time, it is impolite to conduct business during a dinner party or other social event. A supper, according to Bolivians, is for improving personal relationships. If you’ve been asked to a business lunch or dinner, don’t bring up the subject of business until your Bolivian host brings it up first. Otherwise, simply enjoy the meal and talk about your Bolivian host’s family to improve your relationship.

Clothing has a long history in many cultures all over the world. The colour worn by a bride on her marriage day is conventional, and it is meant to bring good luck. Throughout China, brides wear red, but in the United States, brides do wear white.

Red is also worn by Hindu brides in the form of a bridal sari or lehenga. This varies depending on the region of India where the bride resides.

Religious traditions are extremely important to people all across the world, ranging from pilgrimages to special celebrations on specific days. They help people define themselves and their views by creating a sense of connection (both spiritually and to one’s fellow humans).

Food plays a role in a lot of religious traditions. Catholics, for instance, consume an unleavened bread wafer at holy communion.

5. The risks of being unmarried after 25-years-old

It is customary in some cultures for families to marry off their children at an early age. In many modern countries where people get more freedom, this is up to them to determine whether or not they want to marry and when they want to marry. Friends and relatives can, however, be “cruel” in some cultures. In Germany, for instance, a single 25-year-old gets sprinkled with cinnamon powder throughout the day by pals. It’s much worse if the person is still single at 30 and uses pepper instead of salt.

On November 25, Saint Catherine’s Day, people in France buy humorous hats for their single 25-year-old acquaintances. Whenever a person hits the age of 25 in Germany but is still single, friends would string socks from the celebrant’s house to the birthday party site, stopping after a few socks to urge the birthday celebrant to drink.

6. When writing the names of your friends in South Korea, avoid using red ink

Pen inks come in many different hues, and it can be interesting to experiment with them to create colourful doodles, sketches, and other projects. It doesn’t matter what colour ink you are using to write their names with for certain people, as long as their names are written correctly. South Koreans, on the other hand, can use any hue except red since red ink is a sign of death for them.

Female genital mutilation (FGM) is the practice of removing the female genitals fully or partially across Africa, as well as in several Asian and Middle Eastern countries. It is a horrifying technique that is outlawed in many nations throughout the world. It is most commonly performed on young children. The fact that it is still so widespread demonstrates how tough it is to break such a deeply rooted cultural norm.

8. Take care with what you provide your Chinese co-workers

Even though China has extended its doors to the West, the Chinese cultural traditions would never be forgotten. Because they are one of the world’s oldest civilizations, you must understand how their cultural traditions have evolved over millennia and have been passed down from generation to generation. The vast majority of Chinese people seem to be superstitious, and they attribute significance to a variety of objects. Skip white flowers when sending flowers to Chinese acquaintances, as they are associated with ghosts and death. Throughout the United States, white flowers are thought to represent purity and innocence. Likewise, avoid flowers with thorny stems.

Were you acquainted with the adorable small nativity scenes that have been so popular during the Christmas season in Spain and Portugal (and many other countries)? The caganer – a miniature figurine of a man with his trousers about his ankles, caught in the act of defecating – is a traditional addition to the scene in Catalonia. The caganer, who fertilizes the earth, is an unexpected element to the nativity that symbolizes good luck.

Traditional music and dance differ greatly from one culture to the next, both in terms of the instruments utilized and the dancing style. What they do have in common, though, is a strength that transcends cultural boundaries. Have you ever cried at an opera despite not being able to understand the language? Traditional, emotional music has a strength all its own.

Can Americans Travel to Myanmar (Burma)?