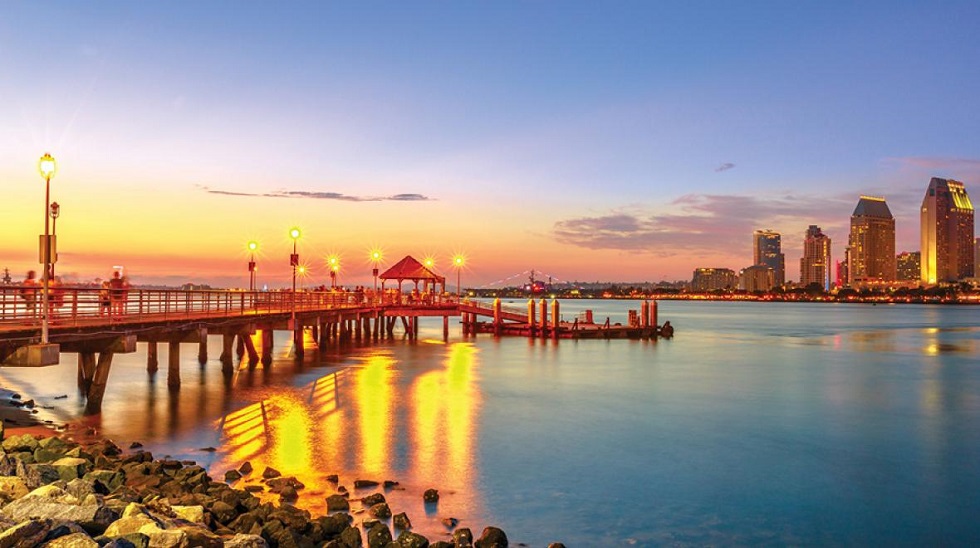 things to do in san diego

In 1769, the city of San Diego was founded near California’s border with Mexico. It is the oldest city in the state of California. San Diego features natural beauty and a pleasing climate, with mild temperatures and glorious sunshine for most of the year. The city of San Diego boasts a plethora of attractions such as gardens, museums, zoos, old buildings and beautiful beaches (the city has a staggering 68 miles of beaches around the city which are great for surfing and sunbathing). In a country like America which lacks a lot of historical places, San Diego really stands out. There are a lot of historical buildings to see in San Diego. And unlike Ron Burgundy from Anchorman would like you to believe, San Diego doesn’t mean ‘whale’s vagina’.

Here are the best things to see and do in San Diego:

The sprawling 1,400 acre Balboa Park consists of historical buildings, numerous museums, gardens, and green space. The park was constructed for the purpose of hosting the Panama California Exhibition between 1915-1916. Luckily for tourists, most of the buildings from that era have survived. The low-rise buildings are finished in a Spanish style and they blend well with the natural surroundings. Among the highlights of the park are the botanical gardens and lily pond, the Museum of Man, the Museum of explanation , the San Diego Museum of Art, and the famous San Diego Zoo. Even if you never enter a building, the park is just a gorgeous place to be.

Downtown San Diego houses the Gaslamp Quarter National Historic District, a neighborhood of restored late-19th- and early 20th-century Victorian buildings. Today, the Gaslamp Quarter is famous for being a trendy area with shops, restaurants, and galleries, attracting locals and tourists alike. The area covers a total of 20 blocks and runs approximately from Broadway to San Diego Bay. The Gaslamp Quarter also features a number of high-end hotels that are fashionable both tourists and business travelers thanks to the good location within the city. This area underwent restorations in the 1970s, which eventually led to it being listed on the National Register of Historic Places.

San Diego’s Seaport Village is a wonderfully delightful place to walk around and spend a day. The Seaport Village is right at the waterfront. This area of unique shops and restaurants is one among the city’s must-see attractions. Picnic tables, benches, and waterfront patios are sprinkled throughout the area, and weekends can be very busy. Outdoor performers can be found showing their skills during the afternoon on stage. The area is definitely accessible on foot from many of the nearby attractions including the USS Midway. Since there’s limited and expensive parking at Seaport Village, it’s going to be best to park a little further away from the Village and take a nice walk along the waterfront.

SeaWorld San Diego is one among the city’s main attractions, particularly for families. It is located along the waterfront in Mission Bay. For many generations of Americans, visiting the San Diego SeaWorld has been a family tradition since the 1960s. The SeaWorld holds world famous shows featuring marine animals such as dolphins, orcas, and seals. There are all types of rides, from roller coasters plowing into water to more sedate carnival type rides for small children. SeaWorld also features an aquarium that lets visitors take a  close-up look at sharks and other sea creatures which are visible from a walk through an acrylic tunnel.

Located in Balboa Park, the San Diego Zoo is one of the oldest and most famous zoos in the United States of America. The zoo has all types of exotic animals, including giant pandas, which have been successfully bred in captivity over here. It is constructed along a canyon, with many hills which proves challenging for visitors wandering through the location. The park prides itself on the animal enclosures, which are designed to recreate natural settings.

Point Loma provides a fantastic view out over San Diego and on to the Pacific Ocean. This is the place where Juan Rodriguez Cabrillo first landed on the American West Coast in 1542. The history of his incredible “Voyage of Discovery” is told through a spread of displays and exhibits at the Cabrillo memorial. The monument features an imposing statue of Juan Rodriguez Cabrillo overlooking the land that he helped discovered. Also located on Point Loma is the gorgeous Old Point Loma Lighthouse. It was built in 1858. Visitors can tour the refurbished lighthouse building if they want. Access to Point Loma is along a really scenic roadway.

The San Diego Museum of Art looks a lot like the 17th Century University of Salamanca, within the so-called Platero style, with finely-chiseled terracotta and silversmith work. Busts of Spanish painters adorn the façade, and their works are displayed in the museum’s galleries. The museum’s collection covers a broad spectrum of works from all over the world and pieces that go back almost 7,000 years ago. Spanish paintings, Asian art, European art, and art from America are the highlights of the museum.

If you want a glance of San Diego’s early Mexican and American history, head over to the Old Town San Diego State Historic Park. Demobilized Mexican soldiers founded the town in 1820 after their military service at the fort on Presidio Hill. Many of the historic buildings, including numerous adobe houses have been repaired and refurbished. The park also has a lot of shops, restaurants and awesome outdoor patios. The Old Town State Historic Park is one of the most visited state parks in California. The park has no admission fee.

Walking along the San Diego waterfront trail, visitors are bound to be astonished when they encounter one of the largest ships of the United States Navy. The decommissioned USS Midway is permanently anchored at the Navy Pier. If you visit the Midway Aircraft Carrier museum, you can see over 60 exhibits, which include 25 restored aircrafts. The aircraft carrier was a home to over 225,000 navy personnel before it was retired from service. Visitors can take an audio guided tour of the museum and learn about its history. For a further fee, visitors can try a trainer on board.

This was California’s first mission. In 1769, the Spanish Franciscan Father from Majorca, Serra, founded the mission stations. The first of those stations was constructed in San Diego. A few years after it was founded, it was moved six miles inland because disputes had arisen between the Spanish troops and the Native America s. In 1775, the Indians set fire to the new mission; the Fathers sought refuge with the military as a result. However, a replacement mission station was built with the help of Native Americans in 1777. However, it quickly became dilapidated following secularization. Today, visitors can see the old church with a bell-tower. It was declared a basilica sometime during the 1970s. Tj campus also has a gorgeous garden and a small museum. The monument is a National Historic Landmark.

The Mission Beach Boardwalk is the epitome of the glamourous Southern California lifestyle. This scenic three-mile stretch is the place to travel for leisurely walks, sunbathing, and people-watching. The boardwalk is also a popular spot for rollerblading, skateboarding, and cycling. A highlight of Mission Beach is Belmont Park, an East-Coast-style seaside amusement park complete with historic roller coasters, excellent restaurants, fairground eateries, and street performances. The carnival ambience encourages visitors to relish a day of fun under the sun.

It is arguably the most romantic place in San Diego, especially during sunset. The Sunset Cliffs Natural Park stretches for 68 acres along the coastal bluffs above the Pacific Ocean. The location provides amazing views of the Pacific Ocean. At dusk, the sun transforms the horizon from blue to glorious rosy-toned hues. During the grey whale migration season, the Sunset Cliffs Natural Park offers an opportunity for whale watching as the whales migrate to the Baja California region of Mexico.

Worried about planning your daughter's dream wedding? Here's why you should apply for a marriage loan