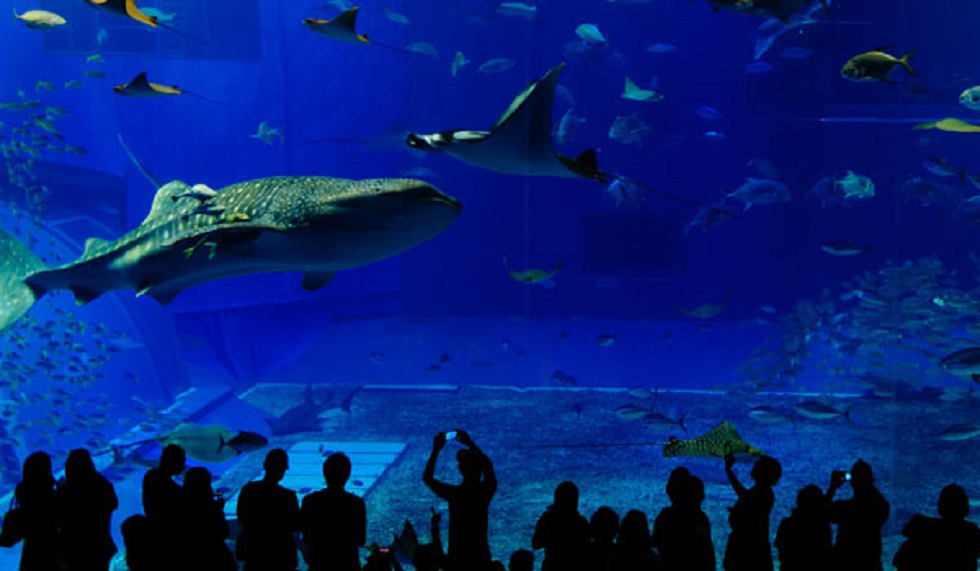 Shedd Aquarium is an Aquarium with pretty much hype in the market. Shedd Aquarium includes all marine creatures one can think of. There are sea lions, belugas, penguins, stingrays, sea otters, octopuses, whales, sharks, turtles, and many more. The Shedd Aquarium dolphins are the friendliest dolphins you will ever meet. In the year 2015, the aquarium had 2.02 million visitors. It was the most visited aquarium in the whole U.S. in 2005, and in 2007, it surpassed the Field Museum as the most popular cultural attraction in Chicago. The aquarium has also received several awards as “best exhibit” from the Association of Zoos and Aquariums (AZA) for Seahorse Symphony in 1999, Amazon Rising in 2001, and Wild Reef in 2004.

Shedd Aquarium is an indoor aquarium open for the public in Chicago, Illinois, in the United States. The museum was initially called John G. Shedd Aquarium, as John G. Shedd gifted the land for the Aquarium. Shedd’s wife Mary inaugurated the Aquarium by cutting the ribbon at the opening ceremony on May 30, 1930. The Aquarium held 5,000,000 US gallons of water and become the largest indoor facility in the world but for quite some time.

The cost of building the Aquarium was around 3 million $. It initially included 132 exhibit tanks. In the year 1971, Shedd Aquarium introduced its most popular exhibit name as Caribbean Coral Reef which holds about 90,000 US gallons of water. The Museum became so iconic that it was classified as a National Historic Landmark in the year 1987. In today’s date, it holds about 32,000 animals.

Shedd Aquarium includes all marine creatures one can think of. There are sea lions, belugas, penguins, stingrays, sea otters, octopuses, whales, sharks, turtles, and many more. The Shedd Aquarium dolphins are the friendliest dolphins you will ever meet.

There are several permanent exhibits which are the main reason people visit here.

Waters of the World

This is one of the oldest exhibits in the aquarium. It features exhibits on oceans, islands, rivers, lakes, and Chicago’s local water creatures. Exhibited Species include a Giant Pacific Octopus, Gymnarchus, Blue Iguana, Seahorses, Starfish, Haraldmeier’s Mantella, and Alligator Snapping Turtle.

This exhibit was built in the year 1971. It was built on the site of the very first museum’s exhibit, the Tropical Pool. This exhibit has a very unique concept in which a diver interacts with the people and creatures in the exhibit. People absolutely love this exhibit as they get a chance to talk to animals. This exhibit holds around 90,000 gallons of water in a circular tank which allows a wider viewing area for the general public. The exhibit is in the center of the first floor and it is purposely placed that way to attract maximum attraction. The videos of this specific exhibit have become viral many times on social media platforms. It displays Tarpons, Stingrays, Nickel, Green Sea Turtle, Bonnethead sharks and many more.

The WildReef Exhibit was opened in the year 2003. The Wild Reef Exhibit is located two levels below the building. The exhibit contains 525000 gallons of water. This Reef is a recreation of the Philippine Coral Reef. It is home to Sandbar Shark, Zebra Shark, Blacktip Reef Shark, Green Sawfish, Moon Jelly, White-spotted Guitarfish, Clown Fish, Japanese Wobbegong, Honeycomb Moray, Porcupinefish, White-spotted Bamboo Shark Corals, and many more. The Centre of Attraction is a Shark tank that allows visitors a diver’s eye view. The Wild Reef also features a saltwater tank display area where corals are grown and propagated for conservation purposes.

Have you ever wondered how is it to touch a Stingray? How is the skin of Stingray? Is it smooth like butter or rough like sand? Well, now you have the chance. Yes, Stingray Touch allows the guest to interact with the Stingrays and learn about how they are taken care of.

Stingray Touch was opened on May 17, 2013, this exhibits gives an unforgettable experience as it allows guests to touch the Cownose Stingrays & Yellow Spotted Rays when they are swimming in the 20,000 gallons exhibit. This is only open seasonally from May to October.

Oceanarium is one of the biggest exhibits and is an exhibit that one can’t afford to miss.

Fantasea started from 16th October 2009 through 2010. Fantasea was launched as a multi-animal show which features Sea Lions, Beluga Whales, Penguins, Hawks, and Dolphins. Later on, it was replaced by One World.

One World exhibit was launched in the year 2013 replacing the famous Fantasea. The show features belugas, sea lions, dolphins, a hawk, and dogs.

The 4D theatre was opened in the year 2009. It was launched as a part of the renovation of the Abbott Oceanarium. It became very famous in the public just after its launch. The 4D experience includes 3D film along with interactive seats with high tech audio system and real-life elements like bubbles, scents, and wind.

Yes, you heard it right. There are some days on which entry to Shedd Aquarium is free. If you are an Illinois resident then on selected days your entry is free. You need to show your valid resident ID. You can reserve your tickets online if you wish to avail of the benefit. There are some tips and tricks which will help you with your reservation.

There are some specific days on which this offer is valid i.e.

Note: These days are decided by the Aquarium itself and may change every year. The list mentioned is only valid for the year 2020.

The entry ticket for an Adult Chicago resident is $19.95 and $39.95 for non-residents. The entry ticket for Chicago resident children is $14.95 and non- resident children are $29.95. The children between the ages of 3-11 are considered for the children’s ticket. This ticket gives them access to every exhibit except the aquarium’s 4-D theater, entry to which one has to pay an extra $4.95.

The museum is a must-have experience. You need to witness the divine beauty of nature incorporated in these exhibits. People love to visit along with their family as it’s a magnificent experience. Some might think to visit an Aquarium and paying nearly 40$ for it is a mere waste of money, but this is completely subjective. The best time to visit Shedd Aquarium is in midsummers where most of the exhibits are open for the general public.

Labret Piercing: A Quick Guide Before Getting One