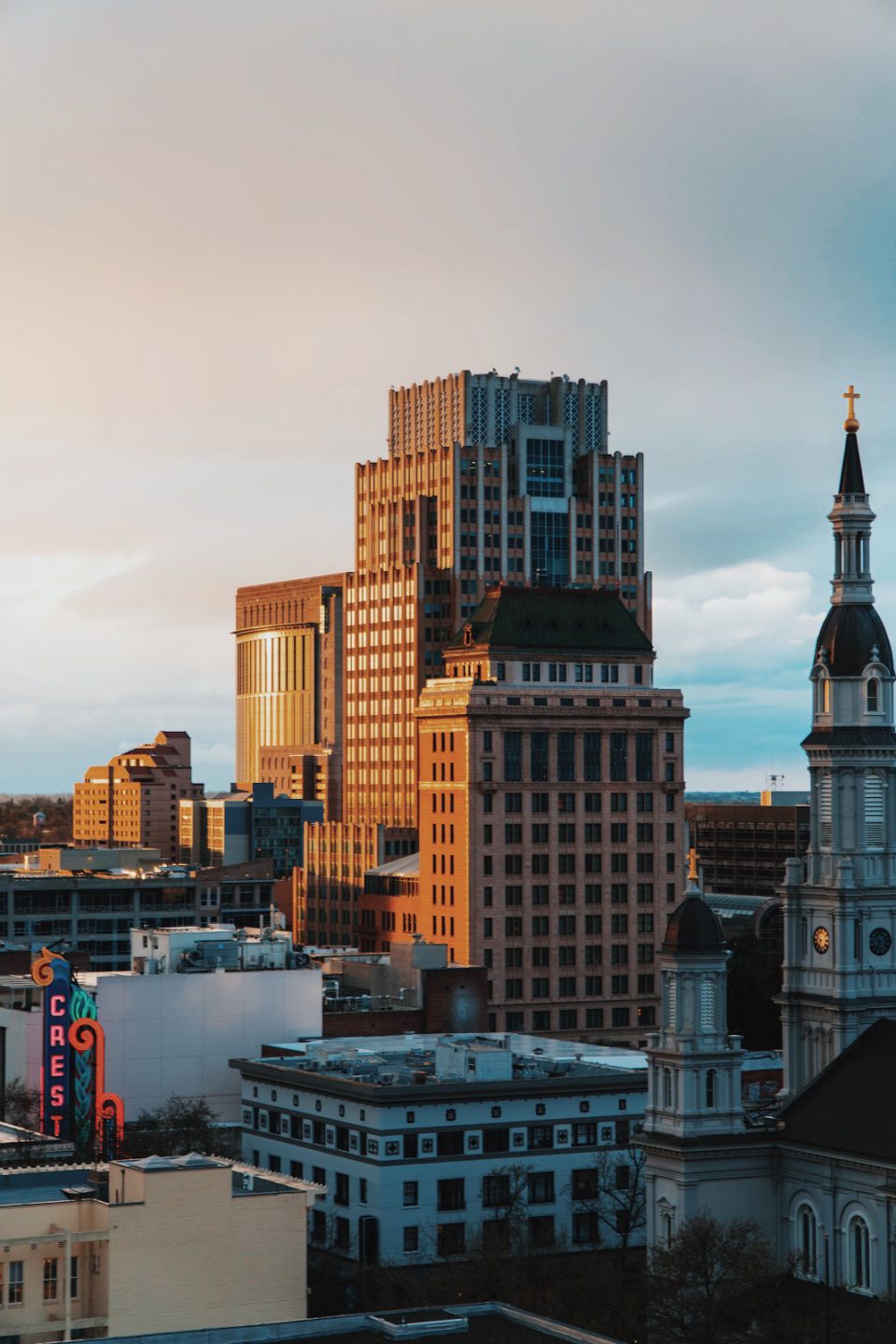 Sacramento is the capital city of the U.S. state of California. The district of this city goes back to the city’s Gold Rush era along with wooden sidewalks and wagon rides. In Summers this area experiences extremely long, hot, and dry days and in winters it is cool, damp winters with periodic and foggy spells. It lies at the confluence of the two infamous rivers, the Sacramento River and the American River. The early inhabitants of this region were known as the ‘Maidu’s’. Sacramento is also the centre of the region’s extensive agricultural production and is popular for its beef cattle, dairy products, poultry, fruits and vegetables, wheat, rice as well as corn.

The city’s traditional economic base of government has been expanded to be inclusive of tourism, electronics manufacturing, computer software production, and the manufacture of metal products and scientific instruments.

In the year 1862, the Central Pacific Railroad Central Shops were located in the Californian city of Sacramento, and they were the largest employer in the city in the 1950s. Employment in Sacramento was peaking with around 5,000 people being employed during World War II.

One of several museums in the city of Old Sacramento is the ‘California State Railroad Museum’ which depicts the construction of the Transcontinental Railroad. The latter is one of the country’s earliest technological feats.

If you want to move to the west but think that California can put you in a financial crisis, then consider a move to Sacramento.

● There are a plethora of beautiful Sacramento neighbourhoods

Sacramento is indeed a smaller city as compared to other cities by so-called California city standards, but it depends on the decision where you are moving to, like any other city Sacramento has plenty of neighbourhoods, safer, desirable, and beautiful than many others. The decision lies in the hands of the individuals to live in the city limit or the neighbourhood. Some of the most popular neighbourhood in the city are:

This is true that Sacramento is less expensive than many parts of California, the city has been facing some economic problems for a long time, making the housing cost lower and the cost of living too. Before moving to Sacramento try to solidify the job as it will help in covering all the expenses and one can live as per California standards.

How the weather will affect you, will depend on where you are from too. For some reason, if you’re east you might find Sacramento weather a bit colder but it’s true that hardly you would see Snow in Sacramento. Therefore, making the winters mild and manageable by most people. Sacramento is the city where one would experience all the colour of the sky, would see evergreen trees as well as trees that change colours such as Maples and ginkgo trees.

●       There are ample job opportunities

We can’t neglect the fact that the unemployment rate of the city is higher than most of the parts of California. But as we all know, it’s the state capital the city offers plenty of state jobs. The Important thing is to consider what type of job you’re looking for. The job market for Sacramento is pretty well. If you’re planning a relocation to Sacramento, CA then you can reach out to Sacramento professional movers as they would help you in every step of your moving journey.

The gold was discovered in the year 1848 in Sacramento, given the shape to American history and the city in unexplainable ways. Keeping the eye at Sacramento and California history, there are so many places that you can visit in Sacramento that will take you through the lanes to experience and explore the life that would be over 150 years ago. Some of the famous historical places in Sacramento are:

One of the most important things and advantages of Sacramento is it is located near some of the most popular California destinations. Visitors frequently come to visit the following places. If ocean, freshwater, wine fascinates you then Sacramento is just a short drive away to the beautiful scenery. Also, the wine country is not that far away from the city. Depending on what you want to see all you need to do is drive in the right direction. Let’s talk about some of the beautiful places to visit in Sacramento.

To be known as the most diverse city in the country, Sacramento has many things to offer to the audience, with no doubt going out on the weekend and chilling is a great idea but don’t forget to check out the expanding art scenes or kids’ activities within the city. Sacramento has numerous cultural activities taking place daily. Go out and celebrate Cinco de Mayo, Carnaval, Chinese New Year, and many more things to do. Finding new ways to explore Sacramento? Here how you can do that, enjoy music, art, plays within the city limits only.

Sacramento is America’s”Farm to Fork” capital, the city has gone through new phases and rebranding. Once known as the city of trees in 2011 now, has retrieved its new identity. We all know, Sacramento is the heart of California and grows everything from almond to avocados. Talking about the food people don’t have to worry about the quality and freshness. They are served by the best. Affordability hence, the Cost of living in Sacramento is much more reasonable as compared to other cities in the US and it tops the list when we take affordability as a key facet to choose a city to live In. This isn’t just about good affordability but also is a safe place where crime rates are down to nothing.

7 Ways to Have an Unforgettable Time in Dubai