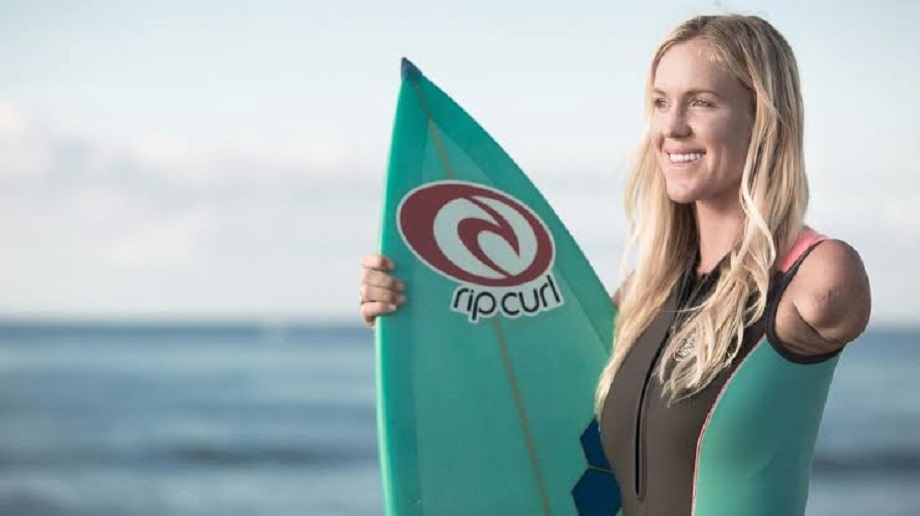 When linebacker Shaquem Griffin banged out 20 reps during the bench press section of the 2018 NFL Draft Combine while wearing a prosthetic hand, the term ‘disabled athlete’ was seen with new light. On top of the 20 reps, he also ran the 40 yard dash in 4.38 seconds, fastest ever for a linebacker. The Seattle Seahawks drafted him in the 5th round of the NFL Draft and he successfully completed this seemingly impossible journey and made the pros with disability. However, Griffin isn’t the first disabled athlete to make the NFL. On broadening the horizon and venturing out into the world of other sports, we can find even more such ‘disabled’ athletes who have worked past their disabilities and forged a stellar career while competing against able bodied individuals. Let’s take a look at these warriors:

Born without a right hand, Abbott, who hailed from Michigan, was a Major League Beaseball (MLB) pitcher for the Angels, White Sox, Yankees and Brewers. With a big fast ball, Abbott won a career high 18 games in 1991. Two years later, he pitched a no-hitter. He even swung the bat with one arm and recorded two base hits.

Hailing from the revered Machado martial arts family, Jean Jacques Machado was born without three fingers on his left hand. Those familiar with Brazilian Jiu Jitsu will know that it is essentially the part of the MMA (Mixed Martial Arts) fights which happen on the ground. That section of the fight needs a lot of wrestling skills which involve grappling and gripping. The parts of the body which are essential for grappling, are hands and fingers. Yet, Jean Jacques Machado managed to dominate his weight class despite having only seven fingers in total. He even won a gold medal in the 1999 Abu Dhabi tournament, widely considered the most prestigious submission and grappling tournament in the world. He even fought in the MMA and lasted two rounds against a UFC veteran.

You know an athlete is good when he receives so much attention that the rules need to be re-written in order to negate a perceived ‘advantage’ that the athlete has. Dempsey was born without any toes on his right foot and no fingers on his right hand. He kicked with his right foot which had a modified shoe with a flat front section.  Over a 10 year NFL career, Dempsey played the kicker for five teams. In 1970, he also scored a massive 63 yard field goal (a record at that moment) as time expired to give the New Orleans Saints a win over the Detroit Lions.
Despite having half a foot, some reporters felt that his shoe gave him some ‘unfair advantage’. It was later discovered that having no toes and wearing a square shaped shoe actually made it harder to kick the football accurately. In 1977, the NFL made the ‘Tom Dempsey Rule’ which reads like this: “Kicking shoes must not be modified, and any shoe that is worn by a player with an artificial limb on his kicking leg must have a kicking surface that conforms to that of a normal kicking.”

Robbles was born without a right leg. However, he wasn’t interested in making any excuses from an early age. He discarded his prosthetic leg at the age of 3. He had no desire to be normal, he wanted to be better. Against all odds, he began wrestling during hid 8th grade and started his high school career with a 5-8 record. Using his lower centre of gravity and impeccable technique, he improved drastically to the point of domination. He won two Arizona state championships and went on to wrestle for the Arizona State University. His glorious story didn’t just end there. He went undefeated in 2011, going 36-0 and capping his collegiate career with a National Championship in the 125 pounds weight class.

Sometimes, bad things happen to good people. And sometimes, those things become a symbol of perseverance and the triumph of the human spirit for everyone else to get inspired by. By the age of 13, Hamilton was already an accomplished surfer, even winning a competition against adults. But in October 2003, during a morning practice surf with her friend, tragedy struck Hamilton. As she lay on the surf board, a 14 foot tiger shark attacked her from below, severing her left arm completely below her shoulders. Her friend and family rushed her to the shore and tied a makeshift tourniquet on what was left of her arm. She somehow clung on to her life despite losing copious amounts of blood. However, to everyone’s shock, she returned to surfing within one month of the incident with a modified surf board. She fulfilled her dream of becoming a professional surfer and won numerous titles. She is married with children now and is a living, breathing testament to the strength of the human spirit.