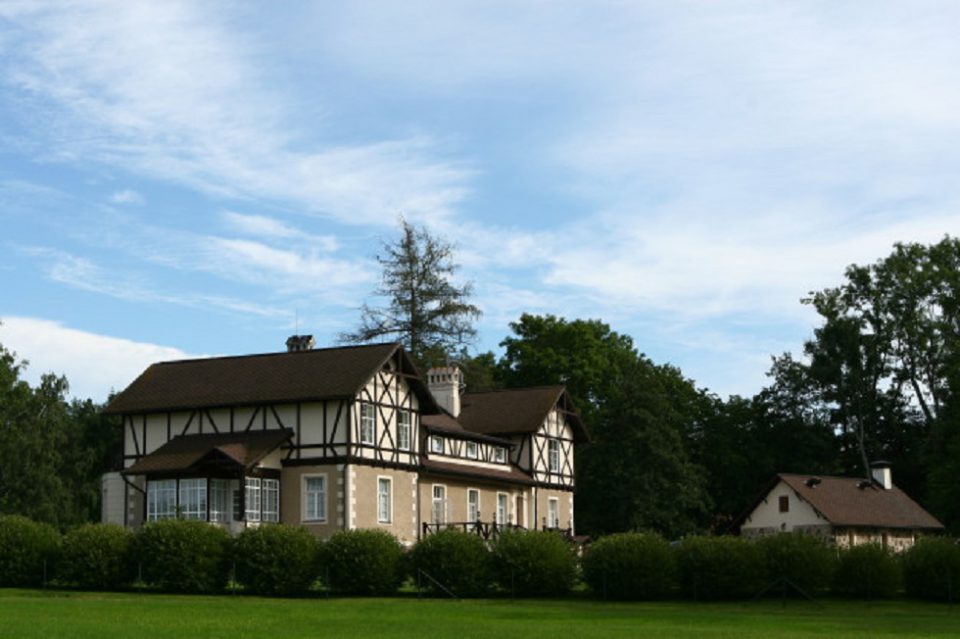 What do you mean by “Home”? Well! To all of us, home generally means a place where you have a sense of modesty and comfort. For many of us, size isn’t a factor. What matters is the security and soothe we feel while staying inside. However, there are those richest people in the world for whom “home” is more than utility and modesty. They have the most expensive houses in the world and all of them have made it to the lists of Forbes. To them, a home is a place that can afford unimaginable luxuries and flaunt their wealth. So, let’s check out the list of the

Top 15 most expensive houses in the World

The Buckingham Palace, London, UK is without a doubt the most expensive house in the world. It has 775 rooms, 52 royal and guest bedrooms, 92 offices, 188 staff rooms, and 78 bathrooms. This property is worth a value of £1.17billion. It has such a lovely, elegant, and luxurious presentation. All the rooms are symmetrical, themed, covered in minute details and classic color. The look is pretty expensive and boasts unique chandeliers and masterpieces. It’s everything one can even dream of.

The second most expensive house in the world with a worth of 82billion rupees (£906milli) is none other than Antilia. Mukesh Ambani, who is the richest man in India, is the owner of Antilia. Like any other billionaire families, Ambanis wanted to have their own unique and customized residence. It is designed by the firm Perkins and Will, named after a mythical island present in the Atlantic Ocean.

This building has 27 floors, which cover a vast area of around 400,00 square feet, more significant than the Palace of Versailles in terms of size covered. There are six parking levels below the ground level, a health spa, a 50-seat movie theater, three helipads, a salon, a ballroom, yoga and dance studios, multiple swimming pools, etc. ice-cream room. Around 600 staff are brilliantly maintaining this vast building.

There is a sprawling mansion in the United States. Ira Rennert is the owner of this extravagant mansion. It is a part of a 63 acres estate known as the Fair Field. The mansion is one of the largest properties in the United States, which offers a lot. This has to provide 29 bedrooms, 3 dining rooms, 164 seat theater, 39 bathrooms, and 3 swimming pools.

It has more to offer with a recreation pavilion that has a basketball court, two tennis courts, a gym, two bowling alleys, and several other buildings. There is an on-site power plant that gives a colossal electricity supply to the mansion.

There is a vast palatial villa in the Alpes Maritimes on the French Riviera, Villa La Leopolda. Lily Safra, the widow of Edmond Safra, is the owner of this massive villa since 1987. It is spread across around 20 acres and is quite a reputable villa in the history of owners, including Dorothy J. Killam, Gianni, Izaak, etc. This villa has a beautiful architectural structure that belongs to the historical style, Belle Époque. It means a Beautiful Era. An American architect named Jr. Ogden Codman designed this beautiful villa.

5. An apartment in One Hyde Park, London, the U.K, owned by Rinat Akhmetov

Rinat Akhmetov is the richest man in Ukraine who has spent a record-setting amount buying two most expensive apartments. The apartments are located in the Knightsbridge, Londo, and it costs around £136.4m. Richar ROgers and his firm Rogers Stirk Harbour & Partners has designed these expensive apartments, which cover an area of 25,000 square feet.

Both the apartments boast 360 degrees bulletproof glass for protection. The team of Candy & Candy exclusively designs it. These apartments have some sophisticated lighting systems, which are done by James Turrell. These lights change the ambiance beautifully from sunset to sunrise.

One of the most expensive and royal villas in France is the Villa Les Cedres. It is around 18,000 square feet, which look like heaven from inside. It was built for the King of Belgium in the year 1830, keeping in mind the royal and traditional design. You can enjoy wonderful art masterpieces, ancient and divine furniture along with that it has elegant bedding.

This villa comes with a vast swimming pool, 14 bedrooms, a 3000 book holding library, a ballroom, and a stable to fit in 30 horses. It is worth around €352 million and is located in the beautiful Riviera.

A Hungarian architect Antti Lovag has designed and built this beautiful Le Palais Bulles, Theoule-Sur-Mer, France. It is built between the years 1975-1989. This is a “Bubble Palace,” which has a series of round rooms that is right beside the rocky cliff overlooking the Mediterranean Sea.

The Bubble Palace is an inspiration from the earliest dwelling in caves. But there is no short in the modernity of this vast palace. It has all the comforts, including three swimming pools, a 500 seat amphitheater, and several gardens on the hillside. It is worth around $390 million, and Pierre Cardin, who is an Italian-born French fashion designer, is the owner of this palace.

The Odeon Tower Penthouse, Monaco, is a huge apartment with a 35,000 square feet area. It is designed by the renowned architect Alexandre Giraldi. This vast apartment has several floors and comes with a private elevator. However, the luxury doesn’t stop over here as it has a water slide that comes with an upper floor. There is an infinity pool that gives you 360 degrees view of the surrounding landscapes. It makes the apartment an amazing and spectacular one.

Larry Ellison is one of the richest men in the world who is the co-founder as well as chairman of Oracle owns this huge palace. It is built in the year 2004 and is a Japanese-style estate which took around 9 years to build. This palace was constructed and designed by the very talented Paul Driscoll, an architect, and a Zen Buddhist teacher.

If you check out this mansion, you will find a gym, two gardens, three cottages, eight bridges, 5-acre human-made lake, a koi pond, and a bathhouse. The landscapes include the expenses of maple, Japanese species, as well as pines, oaks, redwoods, and cherry blossom.

Everybody knows that Bill Gates is the world’s richest man who owns this magnificent Xanadu 2.0 mansion. It is located right at the edge of Lake Washington. It covers an area of 66,000 square feet and is designed by Culter Anderson and Cywinski Jackson Architects, and it took around 7 years to build this palace.

This mansion has some amazing features with a sustainable design and a high-tech sensory system. It helps in changing the ambiance that will suit the timing and mood. This offers a pool with an underwater music system, 24 bathrooms, a full-fledged guest house, a 2500 square foot gym with 20 feet high ceiling, 6 kitchens, and a library.

At the Kensington Palace Gardens street in London, UK, there is another billionaire resident. Roman Abramovich, the Russian tycoon and the owner of Chelsea Football Club, is the owner of this magnificent mansion. It has a whopping price-tag, but this mansion falls short when it comes to facilities and space. Hence, this tycoon thought of extending it underground so as to accommodate a subterranean leisure complex. It has an auto museum, a tennis court, and a health center.

Stanley Kroenke, who is a billionaire owns this luxurious ranch. It cost around $132.5 Million and has a space of 10,000 square feet. This exclusive mansion comes with an indoor pool, extensive water rights, and significant agricultural property, multiple horse stables, and near about 4,500 cattle. It looks beautiful and luxurious with all the facilities.

Ira Renner is the owner of this giant limestone Italian Renaissance style home in New York. It sits on an area of 63 acres of beachfront property in the Hamptons. This mansion is pretty huge with a 62,000 square feet area, including 39 bathrooms, an expensive 91 feet dining room, and 29 bedrooms. It offers all kinds of luxuries you need in life, such as a bowling alley, tennis courts, a garage that can hold 100 cars. This expensive mansion has a basketball court and three swimming pools. It has a price-tag of $248 million.

Aaron Spelling is the owner of this extravagant and luxurious mansion, Spelling Manor. It is located in Holmby Hills, California. It covers a huge area of 56,000 square feet, which includes 27 bathrooms and 14 bedrooms. This was once the largest mansion in Los Angeles County.

T. Boone Pickens’s is the owner of the huge mansion- Mesa Vista Ranch, Eastern Texas Panhandle. It is built in an area space of around 65,000 acres, which comes with a private airport, a lodge, a pub, and many more. Moreover, it has an 11,000 square-foot bird dog kennel that has a house to hold 40 dogs, nearly 20 humanmade lakes, golf fairways and greens, a chapel, etc. The oil tycoon was staying in his childhood home in Oklahoma, and then he shifted to this huge mansion in the year 2008.

So these are the top 15 most expensive houses in the world which made it into the list with the extravagant luxurious facilities. All the houses are owned by billionaires, millionaires, and business tycoons. These houses not only provide modern facilities but all that you need to live a luxurious or super luxurious lifestyle. Do let us know which one did you liked the most and why in the comment section below.

Discovering Design: What is Your Art Style?

Biggest Considerations to Think About Before Buying an Investment Property

What to Know Before Buying a House in Another Country

Top 15 Most Expensive Houses In The World