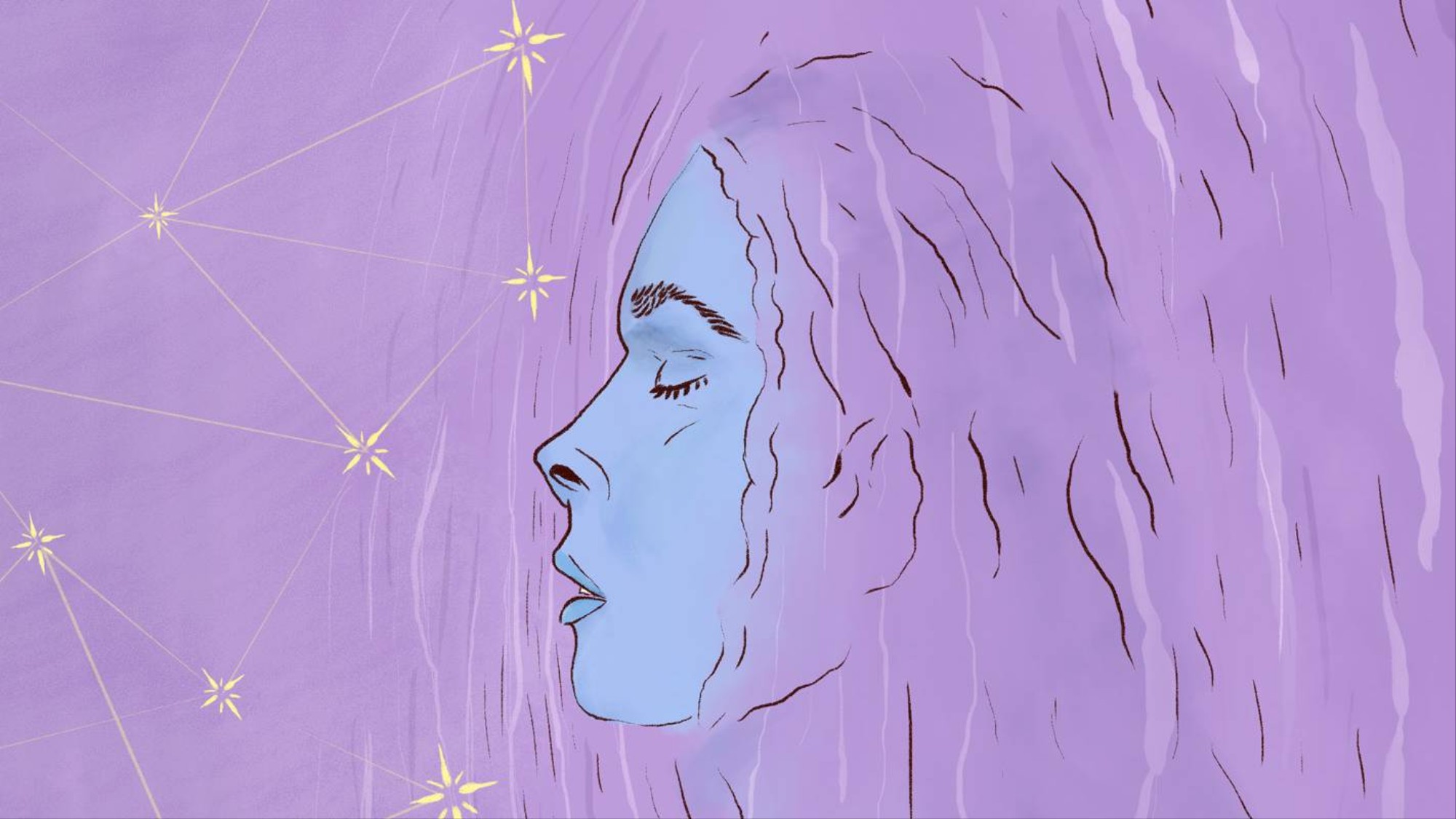 One Harvard study found that our minds drift off almost half of the time – 47 percent.  While definitions for what constitutes daydreaming differ, and they seem commonly narrower than simply not thinking about the world in front of us, scientists say what’s that we spend a fair amount of time with our thoughts. Our thoughts put us somewhere else rather than engaged in the present moment, which is normal.

So we totally don’t blame you for being so restless while fantasizing; it’s so hard to stay still with all the unrestricted action in your head. Don’t let anyone say you have your head in your clouds any longer.

In 2002, Eliezer (Eli) Somer of the University of Haifa in Israel coined the term “Maladaptive Daydreaming” to mean “extensive fantasy that replaces human interaction and/or interferes with academic, interpersonal or vocational functioning”. While that may sound like a confusing mouthful, it’s actually thought to be a fairly prevalent disorder (judging by the plethora of online support groups, blogs, and communities dedicated to MD). Despite the forums, blogs and research surrounding MD, it’s still a widely misunderstood (and frequently misdiagnosed) condition.

Stepping in where research exists, Israeli researchers Nirit Soffer-Dudek and Eli Somer wanted to better understand factors that may accompany MD and symptoms associated with it.

“Maladaptive Daydreaming or MD characterizes people who engage in vivid, fanciful daydreaming for hours on end resulting in clinical distress and functional impairment, neglecting real-life relationships and responsibilities,” they wrote about a study of 77 individuals from around the world who were self-diagnosed with MD.

“Sufferers have embraced the term MD in cyber-communities devoted to this problem because it seemed to uniquely fit their experience and since existing diagnostic labels and their therapies seemed inadequate.”

Of those who volunteered to participate in the research published in the Frontiers of Psychiatry in May, more than half reported they’d been diagnosed with mental health conditions – such as depression, anxiety disorders, post-traumatic stress disorder or complex trauma (thought to result from exposure to repetitive, prolonged trauma), attention-deficit disorder and obsessive-compulsive disorder.

The study, by design, couldn’t determine cause and effect, between MD and mental health symptoms – or worsening of symptoms – or how people felt emotionally. But during a two-week period when volunteers were studies, “on days in which Maladaptive Daydreaming was more intense and time-consuming, individuals reported higher levels of dissociation, obsessive-compulsive symptoms, depression, and negative emotions, and lower levels of positive emotion. They also experienced more anxiety and social anxiety on days in which MD was more intense,” the researchers wrote. And self-diagnosed MDers spent a great amount of time daydreaming: “On average, as a group, on their first assessment participants reported spending 4.5 [hours] actively engaging in daydreaming on that single day, suggesting that their MD was  time-consuming and taking up over an excessive quarter of their waking time.”

What is Maladaptive Daydreaming?

Maladaptive daydreaming (MD) is a vivid fantasy activity that excessively interferes with an individual’s normal functioning or performance. This can result in severe distress. Research has shown that MD is a clinical condition associated with a number of personal, interpersonal and behavioral problems.

Therefore, there is a reason to differentiate maladaptive daydreaming from other mental activities that involve an excessive or repetitive problematic use of fantasy. These include symptoms like daydreaming, mind wandering, lucid dreaming, fantasy proneness, dissociative absorption, sluggish cognitive tempo, and autistic fantasy.

Do You Partake In Maladaptive Daydreaming?

Although maladaptive daydreaming is not officially recognized as a medical condition, to build a defining list of symptoms can become a challenge.

Here are the common symptoms of maladaptive daydreaming:

There is no standard treatment for maladaptive dreaming. However, there are some techniques derived from anecdotal evidence that may help manage the symptoms.

Reducing fatigue: This can either be through increasing the amount or quality of sleep. It may also be helpful to use stimulants such as caffeine to combat tiredness in the daytime.

Notice your symptoms: Train yourself to notice the symptoms and also try keeping others informed about the symptoms which will provide an opportunity to notice and interrupt the maladaptive daydreaming.

Identifying triggers: Keeping a journal entry of when occurences of maladaptive daydreaming occur can help to identify activities or stimuli that trigger their onset.

Therapy: Therapy will identify the triggers and underlying causes of maladaptive daydreaming- is it depression? is it mental fatigue? Therapeutic techniques such as cognitive behaviour therapy (CBT) may help expose underlying issues. A therapist might also suggest useful coping techniques.

Medication: Maladaptive daydreaming won’t be severe enough to require medication. However, a drug known as fluvoxamine can help manage the symptoms.

A case study of one person with maladaptive daydreaming showed that fluvoxamine was helpful in managing daydreaming. However, there is currently little research to support the use of drug treatments.

Having your head in the clouds isn’t all that bad, or okay. The research team from Harvard found how often a person drifted off was a predictor of unhappiness. Conversely, the modern focus on mindfulness – rooted in ancient religious and philosophical traditions – connects a greater sense of awareness in the current moment with improved life satisfaction and an enhanced ability to make meaningful change.

However, daydreaming can be a pleasant pastime (the content of a daydream can affect this for better or worse), and there’s a utility to the ubiquitous human exercise. “Daydreaming allows you to often develop problem-solving strategies for your personal activities or personal issues,” says Dr. Madhukar Trivedi, a professor of psychiatry at UT Southwestern Medical Center in Dallas. Interestingly, through daydreaming some folks can come up with innovative ideas, make breakthroughs.

Research shows when daydreaming is focused, it can be useful to achieve goals. David B. Feldman, chair of the department of counseling psychology at Santa Clara University found that to be the case in research he did on hopeful daydreaming – also known as structured daydreaming. Individuals spent time not only thinking about a goal but also are dreaming of steps they’d take to achieve it, how they motivate themselves to take those steps and obstacles.

“What we found was when we followed up a month later that the people who went through this workshop [involving structured daydreaming] were more likely to report having accomplished those goals,” he says, compared with a control group.

However, more studies are needed, as the researchers note, to better understand the potential relationship between MD, how individuals feel before and after daydreaming and any mental health issues, or worsening of symptoms. “These findings will need to be independently replicated and corroborated by objective assessments,” adds Trivedi, who wasn’t involved in the research.

Many experts state it’s important to treat underlying issues, like depression, and routinely disagree with characterizing maladaptive daydreaming as a disorder. “This is an interesting way to conceptualize a common mental phenomenon,” Trivedi says. “It may be premature to call it a symptom of a new (fad) disorder.”

Jayne Bigelsen, a maladaptive daydreaming researcher based in New York City had formerly experienced MD as a child, teen and into her 20s. She thinks it deserves recognition of some kind in the DSM. “Is it a part of OCD? Is it a symptom of a lot of other diseases? Is it a symptom of depression, OCD? A lot of the people I have talked with have had coexisting diagnosis, social anxiety, which I don’t have. But OCD runs in my family,” Bigelsen says. “So I don’t know if it’s just a symptom of other disorders, or if it’s its own entity. But I think it needs to be mentioned somehow in the DSM.”

Individuals commonly report having rich, involved daydreams that are plot- or character-driven. “So my personal experiences I took TV shows that I liked when I was a kid, and I would create new versions –changing the plot, adding new characters, putting myself as a character in it,” Bigelsen says. Movement help many slide into a daydream and stay there; while music is often a facilitator or trigger for drifting off as well” Bigelsen stated.

Then she got older, could daydream without movement and hide it. That’s what many MDers report doing – concealing it from friends, family and even, sometimes, mental health professionals. “I would start doing- half- listening to my friends, and half in a daydream world,” Bigelsen says. Around the time she was in high school, she started to realize when she went out with friends, “I didn’t really care as much about what they were saying,” she stated, “I would just prefer to be in my head.” Although she drifted off a lot in school as well, she was able to keep up her grades. “I was highly confident in compensating,” she says. “I wouldn’t listen in class for a month. But then I would study for hours and hours and hours before the test. But I am seeing other people who are failing out of school, or getting divorced, because their spouses say they’re not present. So for some, there are some overt consequences; and for others they just feel MD is taking away their ability to fully be present.”

However, if symptoms are disrupting daily life, then a person should seek medical help.

Identifying triggers through therapy or talking with a confidant can also help someone focus on tasks outside of their daydreams. Although no formal treatment structures are in place, several online communities exist where individuals can share their experiences and seek guidance about the condition.

Maladaptive daydreaming can be a blessing and a curse. Sometimes maladaptive daydreaming gets in the way of life and/or messes with your emotions… but it’s also a creative outlet not many people have. Your mind comes up with such elaborate and vivid walking, talking dreams, utilize them! write books and/or poems, write songs or direct short creative films.

Blue Waffles: An STD or Pastry?