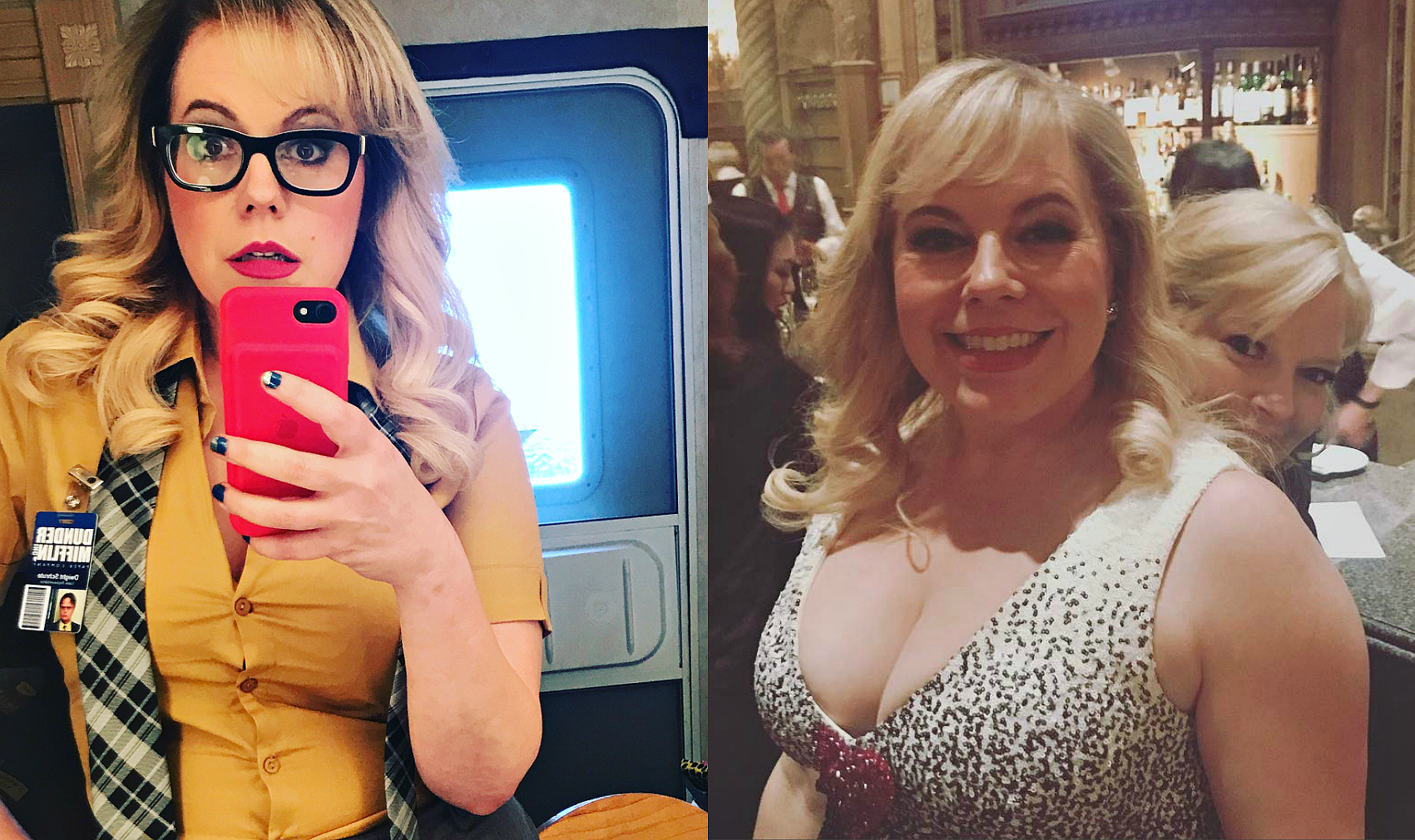 You know her as the fabulous, eclectic, quirky actress from Criminal Minds, but Kirsten Vangsness weight loss has gone under the radar! Here’s all you need to know about her weight loss.

Kirsten Vangsness is the American actress born on 7th July, 1972 in Pasadena, California.

Most recognised for being one of the main characters in the popular FBI television series, Criminal Minds, her bright colours and personality always shines through. The actress has played the recurring role of Penelope Garcia, an FBI technical analyst that solves crimes by studying the minds of criminals behind a computer. If you’ve been a fan of the show, you can see her weight loss changes throughout the series.

How did Stephens Renee help with Kirsten Vangsness’s Weight Loss?

The actress Kirsten Vangsness started making big changes back in 2014 when fans witnessed her gorgeous new body for the first time as she appeared at the 10th Annual GLSEN Respect Awards. She worked out a lot in the gym and ate healthy food. There are a lot of rumours about her diet, where people even thinks that she consumed pills for weight loss, but the TRUTH about Kirsten Vangsness’s weight loss was explained by the actress herself:

“I lost some weight. I did it by reading a book & listening to a (free) podcast by @StephensRenee .so there. Go forth & educate thyself”.

Renee Stephens is a diet and weight-loss advisor. Her program is created for those who have tried everything to lose weight but nothing worked. She believes that changing your relationship with food is the key to changing your body. Much just like Kirsten, Renee used to be overweight but after knowing how changing one’s diet was beneficial, she managed to develop a system to help others that shared the same predicament as she has literally walked through her client’s shoes.

Stephens has over 150 podcasts where she shares her personal weight-loss story, as well as helping other people to transform their bodies by transforming their minds. Renee uses a lot of untraditional techniques including Hypnotherapy and Neuro-Linguistic Programming. Kirsten Vangsness followed the Full-Filled system which is an inside-out meal plan that transformed her relationship with food. Her series of podcasts have been downloaded more than 3 million times.

But using Stephens’ program is not the only thing Kirsten Vangsness did to get in shape. She also puts her own twist on doing deadlifts by saying she rides a unicorn! During one of her interviews, the actress shared that she pretends that she’s riding a unicorn when she’s doing deadlifts.

Going back to school,Kirsten was always the chubby one amongst most kids her age. The American actress had struggled with being overweight for most of her life, and because of her condition, Kirsten was a timid teenager until she started acting. Vangsness used to perform in front of large crowds and was good at it bagging several honors in theatres in LA.

Kirsten Vangsness grew up in Southern California’s theater community but didn’t quite fit in. Her father was a band director and an opera singer too but Kirsten would go on to take a totally different path from music. “From the time I was about 7 until I was about 13 or 14, I looked like I was Pat from Saturday Night Live,” she laughs. “I’m not exaggerating, remotely.”

To target the system of bullying, Vangsness wants to do an It Gets Better video to remind kids that being different is okay and so is letting your “freak flag fly.” She even developed her own unique sense of style: “I dress like a 7-year-old space pilot. I have clothes that I still wear regularly from high school. My mom would give us $20 and she would send us to the thrift store, and I would [buy] a faux fur coat with a pimp-daddy collar and some sort of nature scene polyester dress.”

In her role on Criminal Minds, Kirsten was a chubby woman and kept on adding kilos from time to time. However, at one time, she decided to change her life, and it is then that she began her slimming journey. In 2014, she made a red carpet appearance showing off her new body that was 50 pounds lighter. Kirsten Vangsness’s current weight is at 150 pounds.  Did this have anything to do with the shooting of Criminal Minds?

According to Vanessa, she identifies her on-screen persona as “geek chic, the-smart-is-sexy” kind of girl.

“There’s the size thing, the nerdy thing, the I’m going to dress like this, I’m not going to play dumb. [Penelope’s] sexuality comes from her sense of self, and I love that about her. I sort of borrow from her because she’s comfortable.”

The stylists on the set of the CBS’s Criminal Minds series have gotten a bit of Vangsness’s do-it-yourself spirit as well.

“They kept saying, ‘Can you bring your own clothes? We don’t have anything in your size.’ Because in Hollywood they have size zero and size 22,” says Vangsness, who is a size 12. “But if you lie somewhere between the 12 to 16 range…they keep trying to put you into a size 4. It’s the strangest thing. What ends up happening is they buy four size 2 Marc Jacobs dresses and make one size 12. Then someone out in TV land watches it and is like, ‘I can get that dress.’ No, you can’t because you don’t have a seamstress that will alter exactly to your body. I feel for everybody.”

How much does Kirsten Vangsness weigh?

Kirsten Vangsness’s weight loss was a three-year-long journey, and during this time, she managed to slim down from 200 pounds to 150 pounds. Even though there are numerous ways to slim without exercising like taking weight loss pills and weight loss surgery, Kirsten chose to go the natural and spiritual way through clean eating and being more active. Kirsten Vangsness’s weight loss is from eating a vegetarian lifestyle for over 20 years, and for her clean eating she refrained from eating meat, protein shakes, and chicken.

Aside from Criminal Minds, the talented actress has also been featured in other TV shows and movies such as A-List (2006) and The Chicago 8 (2011). Other news has been about how she lost considerable pounds as more people are interested in Kirsten Vangsness weight loss secret. Kristen made a decision to live a healthier life, and with that is shedding on some pounds. It is a great decision for Vangsness to invest in her health as she is healthier and happier now. Today, Kirsten Vangsness is 50lbs lighter compared to before and also inspires people through her weight loss journey