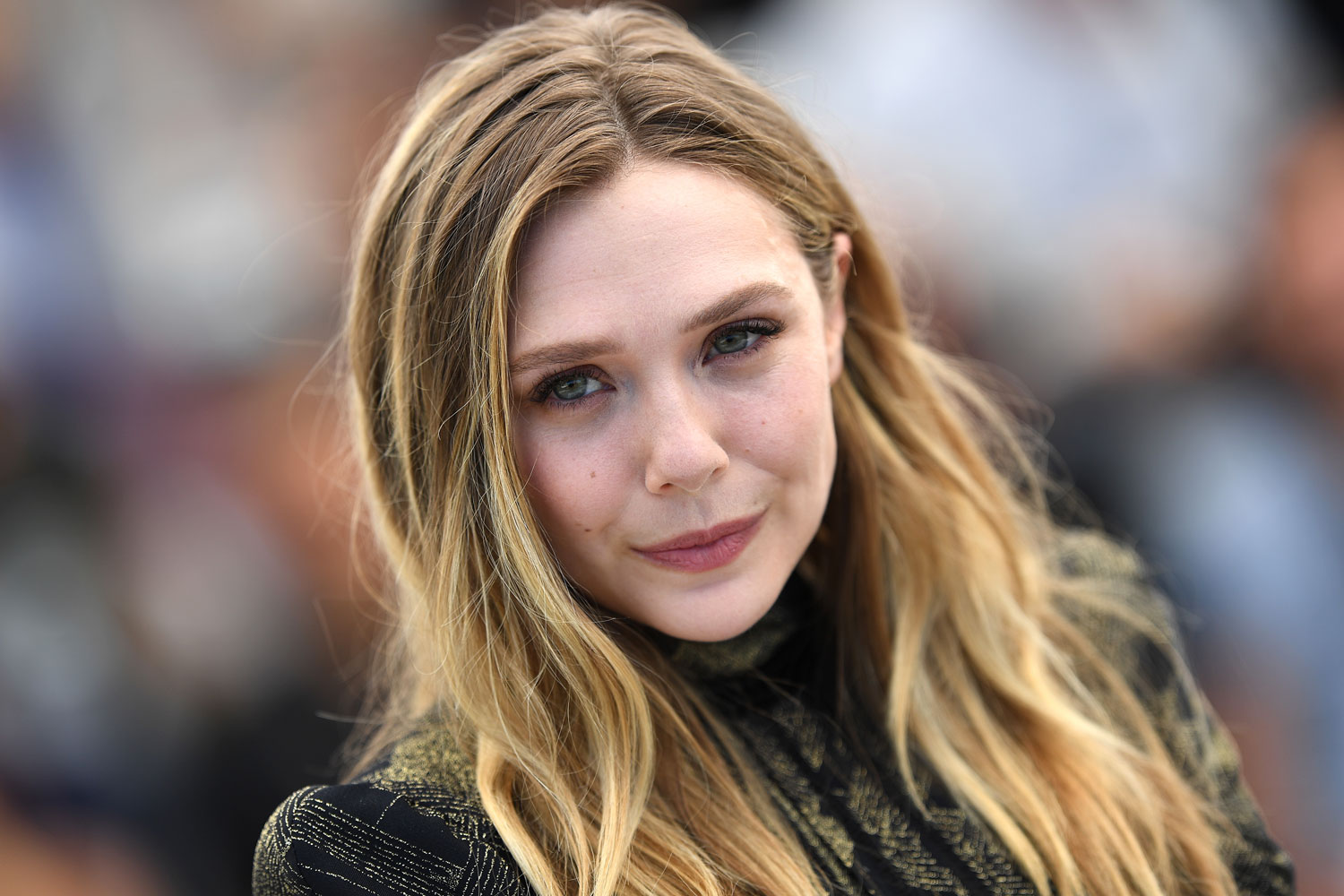 Now that Marvel Studios has expanded into streaming TV services for episodic limited series, there is a lot of buzz building around many of the new shows that will spin out of the events of Avengers: Endgame. For example, an exciting series in the pipeline will focus on Elizabeth Olsen in WandaVision as the Scarlet Witch seemingly raising her synthetic boyfriend Vision from the dead, is said to release in 2021.
But let’s backtrack a little bit to Elizabeth Olsen’s role in The Avengers and how her fitness and health helped.

Elizabeth Olsen went into her training regime intending to lose fat and tone muscles. She wanted to be strong and lean! The actress, who plays the Scarlet Witch in the film, worked with nutritionist Philip Goglia to lose body fat and add muscle.

“She was focused on body composition,” Dr. Goglia, celebrity nutritionist to the Avengers and founder of G-Plans had stated, “Fat is light and fluffy and takes up a lot of room, and muscle is dense and doesn’t take up a lot of room at all.”

Elizabeth Olsen, 28, also had a specific look in mind for her body shape. “This newest Avengers movie she was more about muscularity,” Dr. Goglia says. “More stomach and shoulder shape, a better V-shape in her back and a much tighter waist and shoulder differential.”

Elizabeth Olsen was doing plenty of workouts and training for the action-packed film, but Dr. Goglia emphasizes that nutrition and sleep is the key to better body composition, not exercise.

“The training is great, but the important thing to remember about training is that it makes you weaker, it doesn’t make you strong,” he says. “Training is inflammatory: it breaks you down. The other pieces are what make you stronger, and that’s the kitchen and the bedroom, so you’ve got to make sure your kitchen is in order and you’re getting enough sleep.”

Also according to Livestrong, Elizabeth Olsen loves yoga. While Elizabeth Olsen is no stranger to the gym, doing everything from boot-camp workouts to yoga five to six times a week, Dr. Goglia emphasizes how important sleep and nutrition are when it comes to the process of losing fat and gaining muscle.

For Elizabeth Olsen, diet meant seven to eight meals a day, with no gluten, dairy or yeast. She would start out the day with a teaspoon each of almond butter and jam before training, and then follow that with a protein shake or eggs and vegetables for breakfast, fish or chicken for lunch and vegetables and another fish for dinner, with snacks of fresh fruit, vegetables and hard-boiled eggs throughout the day.

Dr. Goglia says fatty fishes like salmon, sea bass, black cod or arctic char are best, especially at dinner, to “promote deep sleep and hormone release.” And for a nighttime snack, he had Elizabeth Olsen eating a spoonful of honey or blackstrap molasses for iron.
“It shuttles oxygen to the red blood cell count to create more energy for the morning and better endurance capacity”.

Dr. Goglia also worked with Don Cheadle for the movie, and he says Cheadle, Elizabeth Olsen and the rest of the cast always do a fantastic job with their nutrition. “We get any of these Marvel folks in: from Chris Hemsworth to Chris Evans, and they approach food just like any of my pro athletes would,” he says. “They’re great, they don’t stray.”

This is exactly what Elizabeth Olsen ate to prepare for Avengers: Infinity War.

Meal 2 (snack): One serving of fruit with one tablespoon of almond butter.

Meal 5: One egg with a tomato.

Meal 7: A serving of fruit or a spoonful of honey or blackstrap molasses (for iron as it shuttles oxygen to the red blood cell count to create more energy for the morning and better endurance capacity).

In addition to eating seven meals a day, Elizabeth drank a half ounce to one ounce of water for each pound she weighed daily. She chose those vegetables that were high in iron, such as broccoli, kale, spinach, asparagus and chose to cook her meats in a less fatty way where there was no frying involved such as grilled, steamed, baked, or broiled. And she got a good dose of great fats through fish meals like sea bass, cod, arctic char, and salmon.

Elizabeth and her franchise co-stars, including Chris Evans, Chris Hemsworth, Robert Downey, Jr., and Scarlett Johansson, are often featured in form-fitting outfits, but she claims none of them have been pressured to make drastic changes to their lifestyles to portray their characters on screen.

“The thing with Marvel is they never tell you to get into shape,” the 30-year-old tells The New York Times. “They just hire the people and let them figure out the way to express the character. They will set you up with a trainer if you want, but that’s it.”

It’s just one of the reasons why Elizabeth loves working for the Disney-owned company, because of this special ingredient. A less pressuring situation allows you to do EXACTLY what type of workout and KNOW how it’s going to change your body shape.

Although the Godzilla star isn’t forced to hit the gym to portray Wanda Maximoff and her alter ego Scarlet Witch, she takes it upon herself to prepare for fight scenes using different training techniques, like Thai boxing. “I do change it up depending on the gig,” Elizabeth explains. “For Captain America: Civil War, I was doing Muay Thai. It’s not the most comfortable thing, and I don’t do it anymore. (But) I do love going to the gym. I love it because my brain works better, and I don’t want to think about eating restrictively.”

“I eat healthy, but I try not to overthink it,” she shares. “If I have a big premiere to go to, I might just have a lot of soups the week before. That’s really the only time I do anything approaching a diet.”

The one thing you can take away from Elizabeth Olsen’s workout and transformation is to just get into the role of who you want to be, and work towards it. And double down a month before your special event with your eating habits and sleeping habits. Repair, repair, repair!

Is Elizabeth Olsen related to the Olsen twins?

Elizabeth Olsen is the younger sister of twins Mary-Kate and Ashley Olsen, who became noted at an early age as TV and film stars. Elizabeth Olsen also has an older brother, Trent, and two younger half-siblings.

How old is Elizabeth Olsen?

Who is Elizabeth Olsen in Marvel?

American actress, Elizabeth Olsen is the younger sister of Mary-Kate and Ashley Olsen. Elizabeth Olsen is also known for her critically acclaimed role in ‘Martha Marcy May Marlene’ and for playing the Scarlet Witch in the ‘Avengers’ franchise.

Where is Elizabeth Olsen from?

Who is the richest Olsen sister?

Former child stars Mary-Kate and Ashley Olsen from the tv show Full House leveraged their fame into a successful clothing and accessory empire including couture fashion label The Row. Their combined net worth is $400 million. Their younger sister, actress Elizabeth Olsen, is estimated to be worth $6 million.

What role did Elizabeth Olsen play in Avengers?

How to Clean White Vans at Home?

How Do I Use Tea Tree Oil For Acne? Read These Tips and FAQs To Find Out!