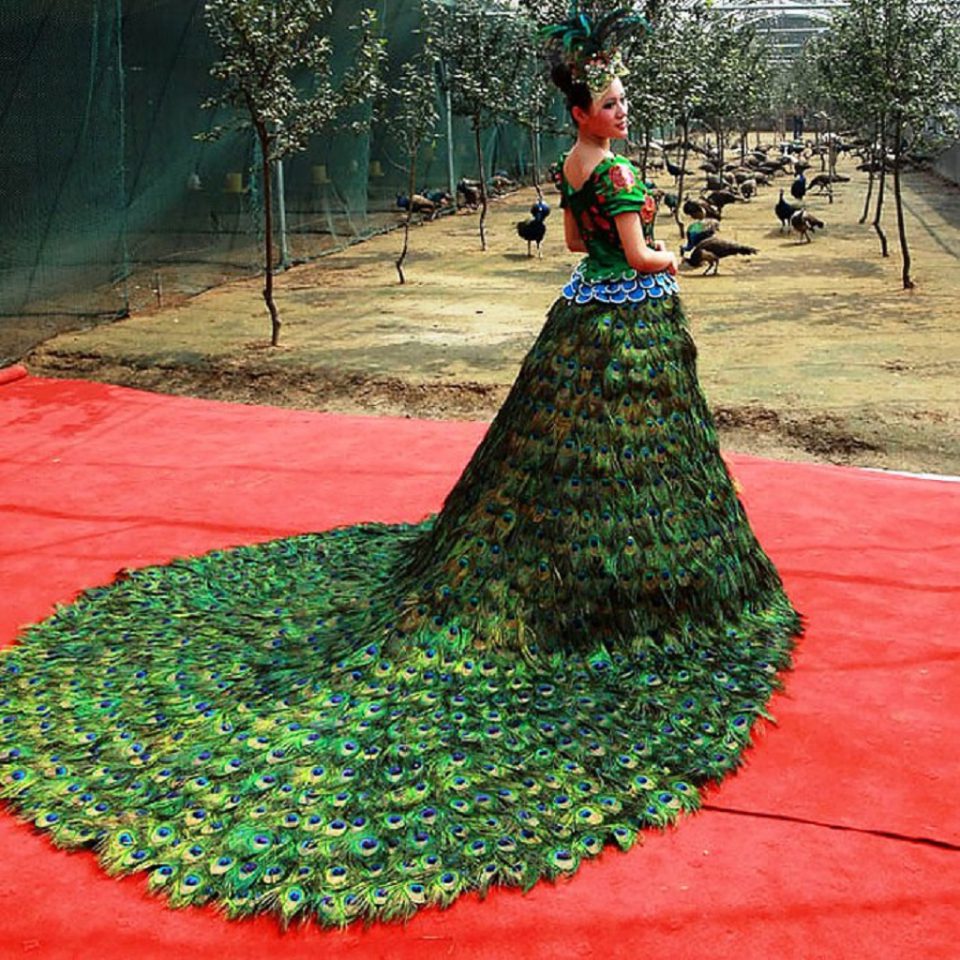 What are the world’s most expensive dresses? There are millions of dresses in this world, some of which cost that much. Topping the list is the distinctive Nightingale of Kuala Lumpur estimated to be worth $30 million, following that is The Diamond Wedding Gown is worth $12 million, Yumi Katsura White Gold Dress worth $ 8.5 million, William Travilla’s Marilyn Monroe dress, the Peacock Wedding Dress and the Danasha Gown. (these are the million dollar dresses, but we’ve also added other gowns that will blow your mind (and blow up your bank account)

Why are some of the world’s most expensive dresses so expensive?

Dresses and gowns have been worn for a long time with a wide range of women with a wide range of backgrounds on different occasions. As a result, while some dresses are rather moderate in cost, other dresses have been much more expensive because of the effort as well as other resources poured into them. Even now, this remains true, as shown by the high sums that some dresses have managed to fetch. Here are some of the world’s most expensive dresses that can be found out there:

Let’s take a look at the embellishments that make Kate Middleton’s wedding dress so special: Its narrow waist has been accented by the addition of extra oomph below the midsection. The bottom of the gown has been designed to resemble a blossoming flower. It included both ivory and white fabric as well as lace with plenty of delicate flowers. Queen Elizabeth II gifted a sparkling tiara to Kate and it contained about a 1,000 diamonds.

The gown’s long sleeves and lace collar pay homage to iconic bridal wear designs such as Grace Kelly’s famous wedding dress and the Queen’s own gown. Kate Middleton’s train stretched to 9 feet, but the record is owned by Princess Diana whose train was an amazing 25 feet long.

Next up on the world’s most expensive dresses list is this pearl wedding gown worth half a million dollars. this dress was made of 100,000 cultured pearls and was worth $100,000 in the 1950s, donning the heftiest price tag for its time.

The little black dress Audrey Hepburn wore in Breakfast at Tiffany’s is one of the most iconic dresses of all time. The Givenchy frock was auctioned and sold for just shy of a million dollars at Christie’s in New York.

Anyone can come up with one of the world’s most expensive dresses by adding more and more expensive materials to it. If normal silk isn’t expensive enough, there is always cloth of gold, vucana wool, as well as the highest grades of silk that can be found out there. However, the problem is incorporating expensive materials without overdoing it in the process, which is something that comes up on a regular basis. Regardless, the Danasha Gown that was shown off at the Miami International Fashion Week in 2010 was an interesting attempt to make use of the best materials without making it look tasteless in the process. As a result, even though it came with a cost of $1.5 million, the result is magnificent without showing signs of excessive ostentation.

This dress was unveiled at the Miami International Fashion Week in 2010. It still makes headlines in 2018 and continues to be one of the most elite gowns on earth. The designers aver that their intention was not to just throw gold and diamonds to create a glaring gown. They wished to design a dazzling costume with the finest materials without making it look too overwrought or gimmicky. The result proves their point and this stunning outfit is just perfect for any rich girl’s Cinderella moment at her wedding.

Unfortunately, one of the world’s most expensive dresses is quite a controversy. Animal rights activists are still horrified at the inclusion of the peacock feathers in this dress. An average male peacock sheds about 200 feathers each molting season. This means the designers would have collected the feathers of more than 10  birds over a year for this costume. A peacock feather has a shimmering blue and green color and resembles an eye as our picture shows. Apart from the animal rights angle, this dress may not be ideal for your wedding for another reason: In some cultures, peacock feathers are thought to bring bad luck so you may be better off investing your hard-earned moolah elsewhere.

Marilyn Monroe’s ivory pleated subway dress from the 1955 movie The Seven Year Itchsold for $5.6 million in a Beverly Hills auction in 2011.

Not surprisingly, this dress also remains unsold given its hefty price tag of $8.5 million. The designer Yumi Katsura made only two gowns of this type. Katsura is an accomplished craftswoman who has been in the business for 50 years. She studied fashion in Paris at Les Ecoles de la Chambre Syndicale de La Couture Parisienne. In addition, she holds the distinction of presenting her wares at the first ever bridal collection show to be held in Japan. In 1981, Katsura expanded her business into England, France, and the US to become a renowned global designer.

What makes this wedding gown stand out is the fact that it has been designed in such a way that when the bride turns and moves, light shines off the diamonds and creates a wonderful sparkle. Renee Strauss is known for her popular bridal salon in Beverly Hills. Her client list includes celebrities such as Shannen Doherty, Kathy Ireland, Rosanne, and Paul Abdul, and her wares have been featured in Hollywood productions like General Hospital, He’s Just Not That Into You, Because I Said So, and Coyote Ugly.

The designers have priced this dress at an astronomical $12 million and are in no hurry to sell it. However, even at $12 million, this gown is not still the most expensive diamond dress ever made. The honor is held by a masterpiece named the “Nightingale of Kuala Lumpur” created by Malaysian designer Faisol Abdullah.

When something has a name as distinctive as the Nightingale of Kuala Lumpur, chances are good that it stands out in more than one sense. In this case, it is the name of a dress that is estimated to be worth $30 million, which can be attributed to its creation by a well-known Malaysian designer named Faiyzali Abdullah as well as the cost of the materials that went into it. Some examples range from chiffon and silk to Swarovski crystals and 751 diamonds. The result is certainly stunning, but the cost is stunning as well for a wholly different reason.

In your wildest dreams can you imagine being paid to wear a designer gown? Oh to be a celebrity that gets to slip into some of the world’s most expensive dresses from time to time.

Best Tips for Runners: Boost Up Your Energy