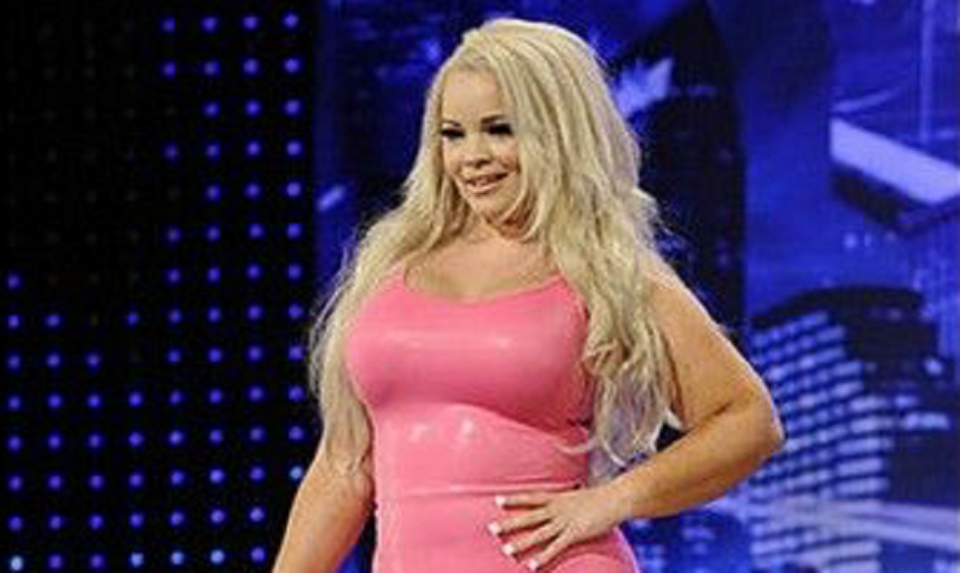 Trisha tried to break the Guinness Record for the fastest speech but was unable to do so. Trisha created one YouTube video to try to convince viewers that she identifies as a trans man. Yes, back in 2019, Trisha Paytas came out as “trans” and even Patrick Starrr demanded an apology. But in 2021, Wikipedia identifies Trisha’s pronouns as “their/they”.

Every time you hear, or read, the name Trisha Paytas, there is likely to be some drama involved. The notable mukbanger, who is also known for her exaggerated makeup and hair look, always has controversy around her. YouTubers are placed on pedestals by their subscribers, although the stakes are much higher today than in the early days of the platform. When it comes to top creators, there are millions of dollars at stake, so YouTube stars need to be very careful about the content they post. But just how did Trisha Paytas reach the top? Let’s look into her/their past with these facts:

Trisha Paytas: 8 Chemically Enticing Facts About The One and Only Paytas!

1. Growing up with divorced parents:

Paytas was born in Riverside, California to Frank and Lenna. She is of Hungarian descent.

Her parents divorced when she was three years old, so she moved in with her mother to Illinois.

2. Trisha Paytas once worked as a stripper:

After moving to Los Angeles to pursue a career in modeling professionally, she worked for modeling lingerie brands but then she worked as a stripper and escort girl in order to survive.

In 2006, Paytas made her first television appearance as an accompanist to Greg Behrendt on The Greg Behrendt Show. She appeared in every episode of the show until its cancellation. The following year in 2007 she appeared in the second season of Who Wants to Be a Superhero?. Paytas had the role of “Ms. Limelight”. She made a total of four episodes.

Paytas appeared in a 2010 episode of My Strange Addiction admitting to having an addiction to turning a brunette despite being at the risk of developing skin cancer.

On January 18, 2013, she appeared in an episode of Dr. Phil, talking about the phenomenon of being branded as a prostitute.

In 2014, Paytas appeared with Richard Grieco in Viral Video, a short horror film in which she acted and made a sequel, Viral Video 2, 2015.

Paytas made an appearance in an episode in June 2016 To Tell the Truth.

4. She’s also been featured in these music videos:

She played Jessica Simpson in Eminem’s 2009 video clip, “We Made You.” She also made appearances as a dancer for rapper MIA at the 2010 Scream Awards. Later that year, she appeared in video clips for Jamey Johnson’s “Playing the Part”, Barbwire’s “A Girl’s Gotta Do”, and “Tears Dry on Their Own” by Amy Winehouse.

Paytas made an appearance in a Guns N ‘Roses video clip, as the girlfriend of a gangster. Paytas starred in the Les Savy Fav video for the song “Sleepless in Silverlake ” as Marilyn Monroe. In 2012, she had the role of a stripper in ‘The All-American Rejects’ video for “Beekeeper’s Daughter.”

5. Her YouTube channel: blndsundoll4mJ, was initially made to impress a FAMOUS movie director:

On January 3, 2007, Paytas created her YouTube channel (blndsundoll4mJ) which was initially geared towards Quentin Tarantino, whom Trisha idolized, but shortly after it was created, Paytas began to focus on other types of videos. She then uploaded things mostly about fashion, beauty and relationships.

She appeared in an episode of The Millionaire Matchmaker but was not accepted. During this time, Paytas made numerous video “trolls “where she commented on Business Insider as” stupid “and that she did it to get attention and gain views. This included saying that the dogs had no brains, or that she was going to vote for the Republican candidate, Mitt Romney. In an interview with Perez Hilton, she commented on her aspirations, saying:

“I have many insecurities. I just want people to know me and love me, because I don’t have love. I literally have no friends. So I like that people adore me since I have never had a talent. So I tried everything but nothing worked. But honestly YouTube was a godsend, I could be myself”.

In 2019, Trisha Paytas told fans that she is trans because she is attracted to gay men and hates makeup.According to troubled YouTuber, she’s a trans man but the members of the LGBTQ community were particularly furious – even Patrick Starrr demanded an apology.This was another instance of someone trying to profit from a marginalized group.

In June 2014, Paytas created a secondary channel, “TrishasLife” then renamed Trisha Paytas.  On the other hand, she started uploading more music-related videos on her main channel, blndsundoll4mJ. Here she also started uploading videos of mukbang sessions and food contests. By July 2017, she was already amassing over a billion views.

She then released her EP “Superficial Bitch” on June 29, 2015 whose video was released in July. A second video from the EP titled “Leonardo DiCaprio” was released on August 7. The following year, in June 2016, Paytas released her fourth EP, Daddy Issues which was her first EP to appear on the list of Billboard.

In September 2016, she released her fifth EP, Showtime. In April 2017, she released her sixth EP, Chicken Fingers and Lipo, then became a contestant on Celebrity Big Brother. Paytas left the show on August 11, 2017, after 12 days.

She has been described as a “Jack of All Trades celebrity” by The Telegraph, but Trisha Paytas is best known for her YouTube channel. It doesn’t stop at her videos, and that’s the main reason she’s been able to amass millions of subscribers over the years. However, she lost some of those subscribers in early 2019 when she got caught up in the drama with h3h3 Productions’ Ethan Klein.

According to Yahoo! It all started when Klein criticized Paytas for looking “unrecognizable” in his Instagram photos, highlighting the culture of over-publishing. Paytas went against Klein in a series of tweets (she called him “a disgusting piece of shit”) and then proceeded to make a retaliation video that backfired: As a result, she lost 55,000 subscribers. However, that was not the video that killed her career.

In October 2019, Paytas appeared to drive the final nail into her own coffin when she released a video titled “I’M TRANSGENDER (MAN TO FEMALE).”

So, did this video finally cancel Trisha Paytas? – well, almost!

In it, she makes a series of misinformed and contradictory claims, telling viewers that she identifies as a “gay man,” but also that “1000 percent” identifies with her “natural identity.”

In case you don’t want to listen to her video, here’s the breakdown.

“I’ve always been attracted to gay men, so I think I’m a gay man.”

“I am transgender because I have always hated my name.”

“Gay men are sensitive and sweet straight men are not.”

“I do not identify myself as a woman because I am not malicious or competitive.”

Of course, members of the LGBTQ community were particularly furious – even Patrick Starrr demanded an apology.  The reaction was swift, with numerous people accusing her of jumping all over trans issues to get points of view. “I never wanted to offend that community,” she said in an emotional apology video, but for many (fellow YouTuber Patrick Starrr included ), Paytas had simply gone too far this time.

“ARE YOU SHIT STUPID? Being TRANS IS NOT A COSTUME. The fact that I wear a wig and eyelashes does not make me a WOMAN for as long as I play dress-up. DISCOUNT NOW,” she told Paytas.

To which she replied: “And just because I have breasts and a vagina does not make me a woman. You have no right to tell me what gender I am. How critical and hurtful. I have been in therapy for a long time for this, you do not know the struggle. I’ve had to deal with how unhappy I am in my gender. “

The life of a YouTuber can be fast-paced, and the constant need to keep views up high can sometimes lead even the biggest names astray. Add money to the mix, and you’ve got a career where you need to tread very lightly. Many took issue not with her gender but for her exploitation and sensationalization of a marginalized community for financial gain – this is something we can all learn from, especially future Youtube content creators.