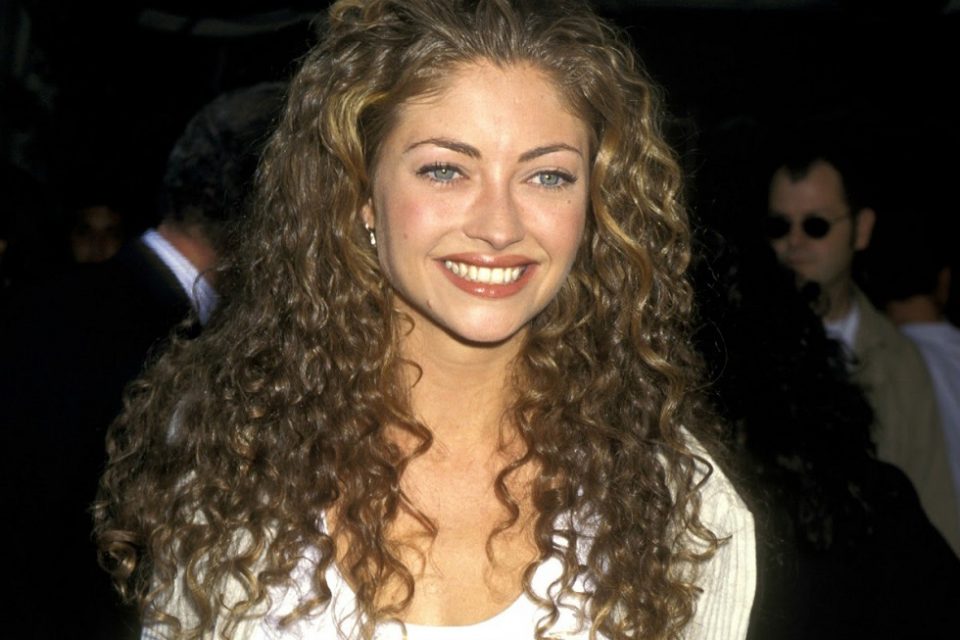 Rebecca Gayheart is a famous model and actress from America. She started her career during her teenage years and rose to popularity during the 1980s. She eventually went on to land an acting role in a student short film directed by Brett Ratner. Rebecca Gayheart went on to have a long relationship with Rattner after that.

In the early 1990s, Gayheart signed a contract with Noxzema, and became a spokesperson for the company. Rebecca Gayheart also starred in Earth 2 between 1994-1996 and also had guest roles on Beverly Hills, 90210 in 1995. She made her feature film debut in the comedy Nothing to Lose (1997) and had a lead role in the slasher film Urban Legend (1998). She subsequently starred in the black comedy film Jawbreaker (1999), followed by supporting roles in the thriller Shadow Hours (2000) and the independent comedy Harvard Man (2001).

In June 2001, Gayheart fatally struck a young boy with her vehicle in Los Angeles, an event that was widely publicized, and was ultimately sentenced to probation and community service. She returned to acting several years later, appearing in recurring guest roles on the television series Dead Like Me (2003), Nip/Tuck (2004–2006), and Vanished (2006). Rebecca Gayheart appeared on Steel Magnolias in her Broadway debut. She made a triumphant return to Broadway in the 2008 production of Boeing-Boeing. She starred opposite Mark Rylance and Christine Baranski. In 2019, Gayheart appeared in a minor supporting role in Quentin Tarantino’s Once Upon a Time in Hollywood. Let’s find out more about this beautiful and talented actress.

Rebecca Gayheart: All You Need to Know

When was Rebecca Gayheart born?

Rebecca Gayheart was born August 12th, 1971 in Hazard, Kentucky, the third of four children born to Floneva, who worked as a Mary Kay independent beauty consultant, and Curtis Gayheart, a miner and coal-truck driver. She has two sisters, Elizabeth and Rachel, and one brother, Curtis Wayne Gayheart. She is of German, English, Scottish and Scots-Irish descent. Gayheart spent her early life in Pine Top, Kentucky. In her first year of high school, she starred in a stage play chronicling the life of Lizzie Borden, in which she played the titular Borden.

How did Rebecca Gayheart start her modelling career?

At age 15, Gayheart won a local modeling contest, after which she relocated to New York City. There, she completed her education at the Professional Children’s School and went on to attend the actors’ conservatory of the Lee Strasberg Theatre and Film Institute. Meanwhile, Gayheart earned a living appearing in commercials for Campbell’s soup and Burger King, and also modeled for J. C. Penney catalogues.

How did Rebecca Gayheart start her movie career?

Rebecca Gayheart made her acting debut in Brett Ratner’s short film for New York University (NYU) titled Whatever Happened to Mason Reese?. She played the titular character in her debut. She also appeared in the Ratner-directed music video Nuttin’ But Love performed by Heavy D and the Boyz. Gayheart had met Ratner at age 15 on the day she moved to New York City in 1986, and the two carried on a romantic relationship that spanned 13 years. She and Ratner were engaged in 1997, but the couple eventually separated in 1999.

Gayheart’s break into the television industry was a series of television commercials for Noxzema in the early 1990s, earning her the moniker “The Noxzema Girl”. The commercials began airing in 1991 and brought her national recognition. In 1992, Gayheart was cast in her first major role on the soap opera Loving as Hannah Mayberry. In 1995, she played Antonia Marchette, a recurring character in the series Beverly Hills, 90210, and Luke Perry’s character’s love interest; the character was killed off after a 10-episode storyline. She was subsequently cast in her feature film debut in the comedy Nothing to Lose (1997) opposite Tim Robbins and Martin Lawrence, portraying a flower shop employee who nearly woos an advertising executive (Robbins). The same year, she had a minor role as a sorority sister in Wes Craven’s horror film Scream 2 (1997).

After completing Scream 2, Gayheart was cast in a lead role in the slasher film Urban Legend (1998), in which she portrayed the best friend of a college student (Alicia Witt) who suspects their friends are being murdered according to urban legends. The same year, she appeared onstage at Toronto’s Canon Theatre in a production of The Last Night of Ballyhoo, opposite Rhea Perlman and Perrey Reeves. In 1999, Gayheart also starred in the black comedy film Jawbreaker with Rose McGowan, Julie Benz, and Judy Greer as girls in an exclusive clique in their high school who inadvertently kill their friend. Though the film was a box-office failure, it went on to earn a cult following in subsequent decades.

What happened in Rebecca Gayheart’s accident?.

On June 13, 2001, while driving a vehicle owned by Italian actor Marco Leonardi (her From Dusk Till Dawn 3 co-star), Gayheart struck nine-year-old Jorge Cruz, Jr. as he walked across a street in Los Angeles. Cruz died the following day from his injuries. Gayheart paid the family $10,000 for Cruz’s funeral expenses and was given permission by the family to attend the service, but ultimately chose not to. On August 7, 2001, Gayheart spoke about the incident: “The pain of this tragedy will live with me forever. Despite the allegations in the lawsuit, the facts will establish that this was a most unfortunate accident.” On November 27, 2001, Gayheart pleaded no contest to vehicular manslaughter. She was sentenced to three years of probation, a one-year suspension of her license, a $2,800 fine, and 750 hours of community service. The parents of the boy filed a wrongful death lawsuit, which was eventually settled out of court.

How many children does Rebecca Gayheart have?

Gayheart returned to film in 2013, reuniting with Jawbreaker director Darren Stein for his comedy G.B.F., portraying the mother of a gay teenage boy.

When did Rebecca Gayheart divorce her husband?

In February 2018, Gayheart filed for divorce from Dane after 14 years of marriage, citing “irreconcilable differences. In 2019, Gayheart returned to film with a minor supporting role in Quentin Tarantino’s Once Upon a Time in Hollywood, playing Billie Booth, the wife of Brad Pitt’s character. Since 2004 to present, Gayheart has been married to actor Eric Dane, though she filed for divorce in 2018, as of January 2020, no further hearings have been scheduled.

What happened to Rebecca Gayheart?

Rebecca Gayheart said that she had contemplated suicide after driving over and fatally injuring a young boy with her car.

What is Rebecca Gayheart’s net worth?

As of 2020, Rebecca Gayheart’s net worth is estimated to be $5 million.

Boobs: What Are the Different Types and What Do They Mean

This Is How to Use Bet365 in Bulgaria