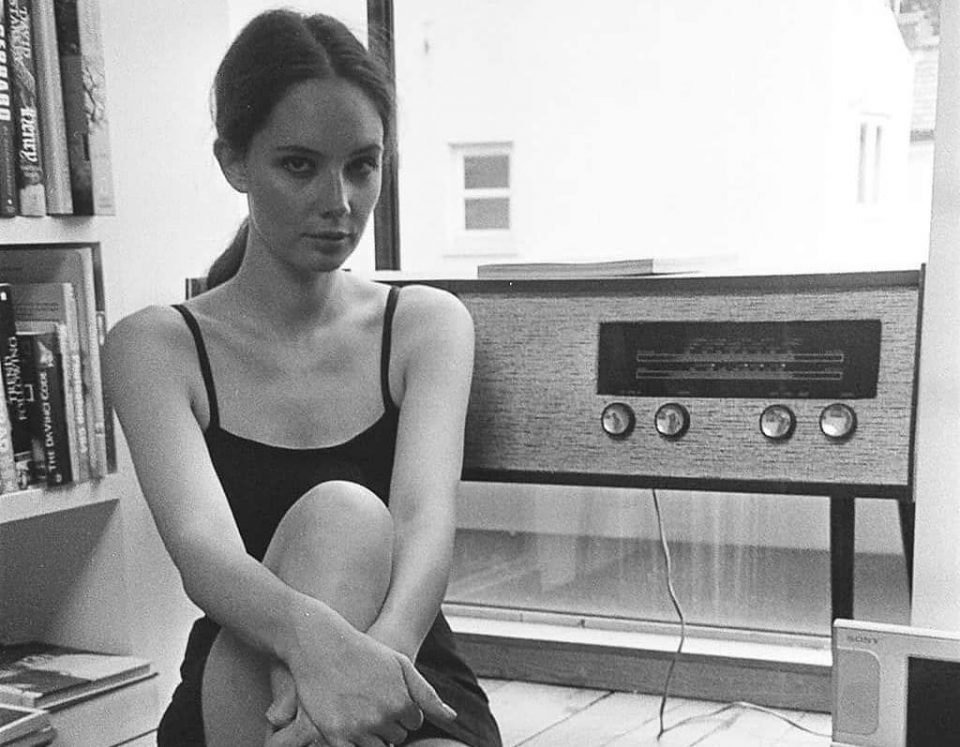 Olwen Catherine Kelly is the actress known for films such as The Autopsy of Jane Doe (2016) and Winter Ridge (2018). She’s also known for Why Life Sucks When You’re in Your 20s: It’s Contagious (2016) TV Series.

2. Olwen Catherine Kelly is from Ireland:

Olwen was born and raised in Dublin, Ireland, as Olwen Catherine Kelly. The actress comes from a medium class family with five siblings.  The stunning diva is the daughter of Peter Kirwan and Maureen.

Kelly, the eldest of five siblings – a sister and brother, and then two brothers who grew up separately – grew up in Celbridge. Her mother, a teacher, was a singer in the late 1980s and early 1990s. Furthermore, her father worked as an insurance broker.

3. The Irish star moved to London after studying and took up a career in modelling:

That time @elgoncosmetics flew me out to Milan from London in order to enhance my Irish soul. #rehead #irish #milan #london #irishactress #irishmodel

Known for acting in psychological thrillers and horror movies, Olwen Catherine Kelly can also  model. She is blessed with the height of 5 foot 9 which is ideal for modeling.

The stunning beauty started her career as a model from Dublin Model Agency based in Ireland then Kelly worked in retail and shifted to modeling in London. As a model, Kelly appeared in covers of various magazines such as Next, Tk Maxx, and some others. She was also in “Just Model Things” TV Series.

During her modelling work, she experienced body issues on occasions. “I’ve had incidents where they can’t close a dress on my bust. Other people tend to get really embarrassed about that. I don’t. I remember watching this girl crumple because she didn’t know what to say to me. And I was like it’s fine, we’ll just pin it. And it was fine,” she laughs.

“Another time somebody said to me: ‘Oh don’t worry. When I first worked with what’s-her-name, she was fat too – and she’s gone on to be a Victoria’s Secrets Angel.’

“It was intended as a compliment. I thought it was funny, but I guess on some level it must have gone in, as I generally don’t remember what is said to me on shoots, I’m on so many.”

Olwen Catherine Kelly had done some child modelling, “but I never thought ‘oh I want to go into modelling’,” she explains.

4. Olwen Catherine Kelly’s first acting role was a shot in the dark:

Before The Autopsy of Jane Doe, Olwen had a part in Patrick Ryan’s Darkness on the Edge of Town. Her first acting role came about after she responded to an ad on Gumtree.

As a student, it had seemed like an easy way to earn cash. When the acting bug bit again she had, she says, no idea how one might actually begin, and resorted to Google to find out. In her online trawling, she came across an ad on Gumtree for an actress to appear in a film commercial being made as part of an application for funding from the Irish Film Board.

“The description fitted me, and there was no dialogue. So I thought ‘oh I could do that. Brilliant!”, she smiles.

They responded immediately to her email of headshots.  Several weeks later, back in London, she received another email asking if she was interested in a speaking part.

“As naive as I was, I thought ‘yeah sure cool, where do you want me to go?’ They said ‘oh no, we need to Skype you, and we need you to know we’re not perverts on the internet’. I mean, it’s an ad on Gumtree asking for a girl to be in their film – it could have gone really wrong,” she laughs.

That was Darkness on the Edge of Town, also starring Brian Gleeson, and later picked up by Netflix US. “I sort of blagged it. They thought I was an actor. I turned up, and they were like ‘oh what have you done before?’ ‘Oh nothing’,” she trills, with a smile.

5. No clothes, no lines, no audition – Olwen Catherine Kelly’s breakout roles have been anything but typical:

The Autopsy of Jane Doe garnered rave reviews from both audiences and critics, and that role became a path-breaking for her career – which is very uncommon when you play a corpse.

In 2016 she won rave reviews when the film premiered at the Toronto Film Festival. Her agent put her up for the part, without many acting credits, and the director told her that after they met – she was the one!

“When I saw the reference of who they were looking for I thought ‘oh that does look like me’,” smiles Kelly, who, with her thick brunette hair and gapped front teeth, looks like a 1960s movie star.

There’s also a short film out in early March, a sci-fi thriller, Ascension, directed by Juice Black, in which she plays a character called Kirsten. The role required another set of unusual demands including that she speak Russian, and swim underwater. “It was my first time swimming underwater as I have a phobia of having my head under water,” she said.

Olwen Catherine Kelly had the rare opportunity to spend nearly the entire film prone and nude on the embalming table. As the director wanted a living, breathing woman playing the part of the dead body, he decided to cast a real girl as the titular Jane Doe. It’s a decision that pays off very well with Kelly giving the entire experience a deeply distressing feeling.

The part required two things that would challenge most actresses – nudity throughout, and maintaining the stillness of a corpse having to lay down for eight hours in a day.

“It was getting closer and closer to filming,” she recalls with a laugh, “and I was thinking ‘how am I going to be nude, and still, in what will probably be a room full of men?'”

To deal with everything, Olwen took up yoga and meditation that played a big part in her ability to stay still for so long.

“At the time I was doing quite a lot of yoga and meditation which sounds a bit ridiculous but it really did help”, she told The Ryan Tubridy Show on RTÉ Radio 1. “Even when I started doing yoga and meditating I couldn’t do it for longer than a minute before my mind started getting bored, and of course when you start getting bored and you’re trying to lie still you’re inadvertently starting to twitch.

“So it did help, shallow breathing, and overall being very calm.”

7. Her modelling experience helped the success of her performance as a corpse:

Her background as a model helped her cope – an early modelling job on moving to London was a tastefully shot editorial in which she wore nothing but shoes. “I don’t think anyone notices the shoes in those images, so I don’t know if that worked,” she laughs.

“I did have to be very aware of my own body and I guess as a model you are quite in control of your body”, she told Tubridy. “Now thinking back on it I do wonder how I lay there for so long being still, but at the time every day was different and you don’t really think about it I guess. It’s like going into work.

8. Who is Olwen Catherine Kelly dating?

Olwen Catherine Kelly and her partner met “in a dive bar called The Dolphin in Hackney.
She stated: “we were living together when I filmed The Autopsy of Jane Doe and he’s pretty much the only person outside of the production that I saw.”

The actress has shared photos of her pregnancy and life with her firstborn to her 60.7k followers on Instagram

Methylsulfonylmethane and Other Supplements for Horses

CBD Dab Tool Essentials for Wax or Any Type