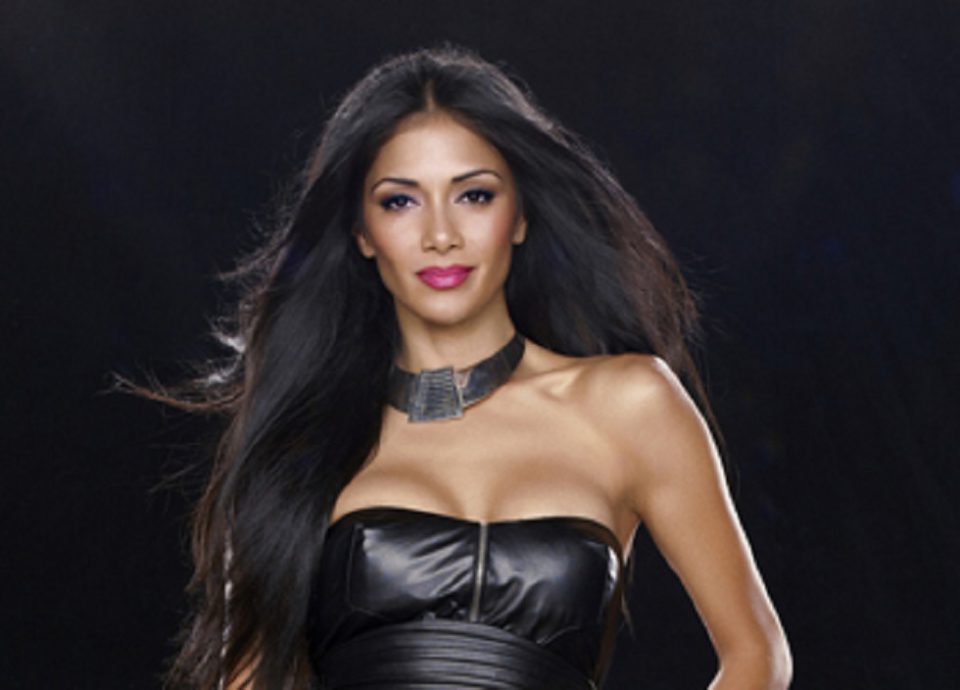 Nicole Scherzinger is a singer and actress, known for being one of the judge of the hit talent show, ‘The X Factor’ and ‘The Sing-off’, but we’re sure you didn’t know these facts about her:

Nicole Scherzinger became a household name as a leading member of The Pussycat Dolls. When the band broke up, her career flourished which wasn’t a surprise knowing the black haired bombshell. In this article, we take a look at her life and career:

Nicole Scherzinger doesn’t look German or Russian but has a Russian last name, that is because her step dad (who’s name she adopted) was German.

Nicole holds an American nationality and belongs to mixed ethnicities as her mother is half Hawaiian and half Russian while her dad is Filipino.

Nicole was born on 29 June 1978, in Honolulu, Hawaii, in the United States. Her father is Alfonso Valiente while her mother is Rosemary Elikolani. Her parents were young when they had Nicole, and they separated when she was still a baby.

Nicole along with her sister Kaela and her German American stepfather; Gray Scherzinger moved to Louisville, Kentucky. The singer’s now famous last name comes from her stepfather’s surname after he adopted her.

While at DuPont Manual High School, she was inspired to become a singer after she received a cassette tape of Whitney Houston. Though her family was of humble background, she remains immensely thankful to her parents for the support she has always received as they let her participate and win Coca Cola Classic Talent.

Later, graduated from Wright State University in Dayton, Ohio, where she studied theatre as well as dance.

Nicole Scherzinger decided to leave college when she was hired by the popular band ‘Days of the New’. She sang and wrote for the group’s second self-titled album.

She eventually quit the band, auditioned for the reality TV show ‘Popstars’ and initially gained fame as a participant.

Later, she joined the all-girls group ‘Eden’s Crush’. The band’s debut single ‘Get Over Yourself’, was a major hit peaking at eighth position on the US Hot 100 and at first position in Canada.

During this year, she also made her film debut in the 2003 comedy film ‘Chasing Papi’, where she played a cameo role. Directed by Linda Mendoza, the film follows the hilarious adventures of three women after they discover that their boyfriend has been dating all three of them at the same time. 2003 also saw her making an appearance in another comedy film ‘Love Don’t Cost a Thing’.

Later Nicole joined another all-girl band and the group’s debut album ‘PCD’ was released in September 2005.

Their first ever album was awarded Double Platinum status in the United Status from hit singles such as ‘Don’t Cha’ and ‘Wait a Minute’. Debuting at number five on the US Billboard 200, the album became a huge commercial success selling seven million copies worldwide.

After the success of the group’s debut album, Nicole also began working on her first solo album, along with the group’s second album ‘Doll Domination’. In September 2008, the group’s album released, peaking at fourth place on the US Billboard 200. However, the album didn’t perform well compared to their debut on a commercial level. It received mostly mixed reviews from critics.

Later Nicole started her solo career with ‘Her Name Is Nicole.’ She also sang ‘Jai Ho’ in the Bollywood Movie Slumdog Millionaire in the year 2008.

Later in 2010, after she had quit the band, Nicole was seen in a season of the American dance competition series ‘Dancing with the Stars’, which she won along with her partner Derek Hough.

The following year, Nicole Scherzinger released her debut solo album ‘Killer Love’. The album peaked at eighth position at the UK albums. With hit singles such as ‘Poison’, ‘Don’t Hold Your Breath’ and ‘Right There’, the album turned out to be a commercial success.

‘Men in Black 3’, released in 2012, is among the few films Scherzinger has made appearances in. The film, which was directed by popular American filmmaker Barry Sonnenfield, featured her in a supporting role as Lilly Poison, the former girlfriend of Boris the Animal, a ruthless criminal. The film performed well commercially, and grossed more than $600 million worldwide. It received mostly mixed reviews.

Her next album ‘Big Fat Lie,’  released in 2014, was also a moderate success. It included singles such as ‘Your Love’, ‘On the Rocks’, and ‘Girl with a Diamond Heart’. It received mostly mixed reviews.

Nicole being a successful singer and television personality, is famous worldwide and has accumulated a lot of wealth from her profession. As of 2019, her total amount of net worth is $12 million.

After her split with Nick, she maintained a high profile relationship with Formula 1 World Champion Lewis Hamilton for seven long years until 2015; they called off their relationship in February 2015.

Nicole Scherzinger dated Grigor Dimitrov, a Bulgarian tennis player who is 13 years younger than her. However, the couple split in May 2017.

Nicole stands at 5 feet, 5 inches and weighs around 54 Kgs. She has a long torso and her eyes are dark brown in color, and her hair color is black.

She has collected several nominations as well throughout her career such as a nomination for the ‘Teen Choice Award’ for Choice Movie Stealer for her role in Men in Black 3.