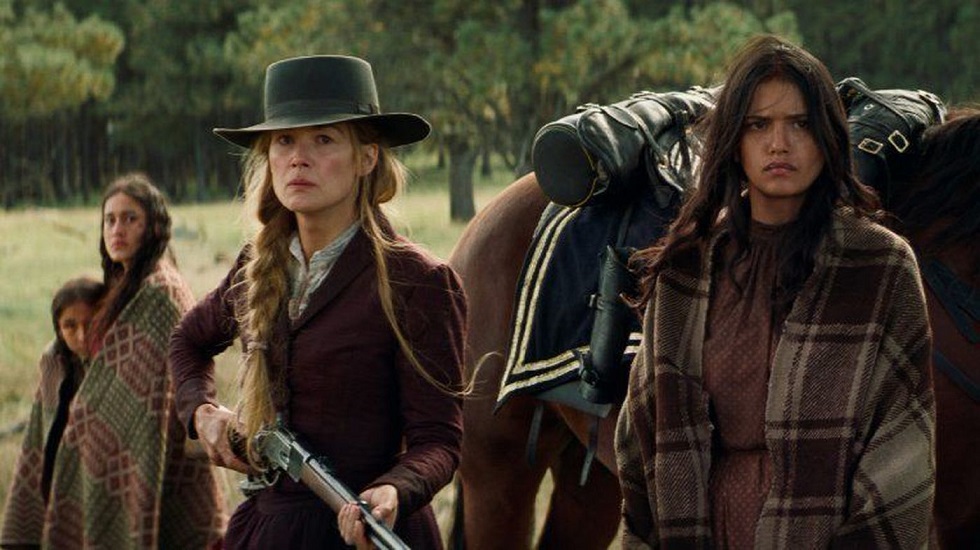 Recent years have encountered some very thrilling stories featured with quality characters in Native American film industry. There are several movies for sure featured by Native Americans and open to watch. Most of them have done great and falls under the list of best twelve Native American movies since the past few years. Every movie brings in the diversified perspective of native Americans as well as their true representation. If you are planning to watch a movie with your family this season, feel free to check the list given below for some great ideas!

This movie stars Dustin Hoffman and Faye Dunaway. The movie revolves around the story where both of them looks back at the times when they dealt with Native Americans during the Battle of Little Big Horn. Ones who watched the movie describes it as intellectual, accurate and some others find it confusing as well as absurd. Along with the above-mentioned actors, this movie has a large number of cast members who are Native such as Chief Dan George.

This movie is among the Best made movies for television and has received an Emmy Award. The movie now streams in Netflix too. The centre plot of the movie is about American history that has remarkable figures such as Sitting Bull, a through life following Little Big Horn. This movie is another near accurate depiction of history made in the 21st century. Rather than looking into the drastic conditions from the black and white perspective, both the expansionists along with native people shows occasionally and morally grey.  Since this movie has not been featured by Hollywood, it may lack cinematography effects as other options in the list has.

The movie directed in 1992 reveals the epic history of Native Americans during the French and Indian War in 1757. Michael Mann is the writer and director of the movie that is based on the novel written by James Fenimore Cooper, The Last of the Mohicans: A Narrative of 1757. This movie stars Madeleine Stowe, Daniel Day-Lewis along with various supporting actors such as Russel Means, Wes Studi, Jodhi May and Steven Waddington. The movie has everything: violent and gruesome moments to simplistic glory which seem to cover history warfare. The huge cannons, knives and swords are few brutal tools shown in the movie along with showing some love moments of Daniel Day-Lewis.

Featuring Navajo, a protagonist, this Native American movie is a close competition to Billy’s father choreographed movie based on martial arts, Hapkido. Tom Laughlin is the leading actor in the movie.  He is also the co-writer and director. The movie started in Arizona’s Prescott during the year 1969, however, it was not completed till 1971 being pulled away from America International Pictures. The 20th Century Fox took up the initiative and the filming was completed eventually however; the studio did not agree to distribute the movie. Warner Bros was then involved too. Although the storyline of the movie is about action scenes, it favours more towards youngsters. The re-release of 1973 boosted its fame and Billy Jack is now considered as one of the cult movies.

This movie is probably one of the most beautifully and artistically pictured movies on the list. The movie is praised not only because of its artistic views but also for the realistic interpretations of the Native living and how Jamestown and Powhatan were reconstructed archeologically. The movie is set in 1607 which tells the story about Pocahontas and how two dissimilar world and cultures meet with one another.

This movie can be taken as one of the authentic depictions filmed ever revealing the life of Indians. Black Robe is a biography movie directed by Bruce Beresford. The main actors of the movie are Father LaForgue played by Lothaire Bluteau along with many supporting actors such as Tantoo Cardinal, Aden Young, August Schellenberg and Raoul Trujillo. The movie is been shot in a Canadian province, Quebec and depicts the method of hunting and housing based on historical research.

This American legend is a historical western movie starring Jason Patric, Wes Studi, Robert Duvall and Gene Hackman. The movie is directed by Walter Hill and the screenplay is done by John Milius. The movie is based on fictional circumstances and revolves around the events of Apache Wars as well as First Lieutenant Charles B. Gatewood convincing Geronimo for surrendering in 1886. The story between them shows how Native Americans tribes were treated badly by the US government and forced off their homes.

This movie is yet another modern-day and refreshing movies that go through a period, following Pete Chasing Horse, Grandpa as well as his grandchild Shane who went for a trip. The trip becomes one visionary quest for Shane and is filled with fun stories by Grandpa. Dreamkeeper is all about bravery, tolerance and truth along with showcasing native American living through the years. The main features also include curing hides, lacrosse, planting corn, gathering berries and actors which plays Natives are played by Native Americans themselves.

This movie is one comedy-drama directed by Jonathan Wacks. The film plot is based on the Powwow Highway novel written by David Seals. Some of the features of the movie include A Martinez, Gary Farmer, Amanda Wyss and Joanelle Romero. Supporting actors include Graham Greene and Wes Studi. Powwow Highway offers its audience with some gritty glimpses on struggles of Native American reservations such as finance-related and the retention of behaviour and traditional values. The storyline is a road trip intertwined with crime scenes, actions and introspection along with some evidence of humour in it.

This movie is one of the Oscars winning movies which depicts American Western filming. Dances with Wolves is the only Native Americans movie that has won best pictures award in the Oscars. Kevin Costner is the lead actor, director and producer of the movie. The movie plot is taken from the book published in 1988 with a similar name written by Michael Blake. The novel said the story of John J. Dunbar, a Union Army Lieutenant who travels to find a military post in the American Frontier along with dealings a group of Lakota.

Zacharias Kunuk’s movie is one of the pioneering adventure stories which tells about a cursed Inuit community, warrior resolution and sexual revenge. The film is acted, directed and written in Inuktitut. Portraying accurately and a well-researched movie Atanarjuat is based on the plot which is believed to be at least five hundred years old. Changes have been made in the climax of this traditional and Native American tale to convey a message of hope to its viewers.

Directed by Michael Linn and produced by Chris Eyre, this movie investigates about Native American beliefs. Along with supernatural aspects, the movie is centred around appreciating heritage culture. Shyla Sone Feather is the attorney who rejected her attachment with Native Americans. When she was prosecuting Lakota teen in one of the controversial murder cases, she is returned to her dying father’s house after several years. She faces spirits who make her believe in her relationship with ancestors and her spiritual life.  Imprints can be said to be one of the movies which share a new outlook towards modern Native Americans alongside showing the rejection made by communities of traditional customs.

Although the above movie list may lack some of the movies that were progressive by any means, the ones listed above surely carry their own communal and cultural baggage. They remain open for legitimate criticism from their watchers too. However, we have tried to gather and submit some of the best Native American movies lists which have gained best reviews from its viewers.