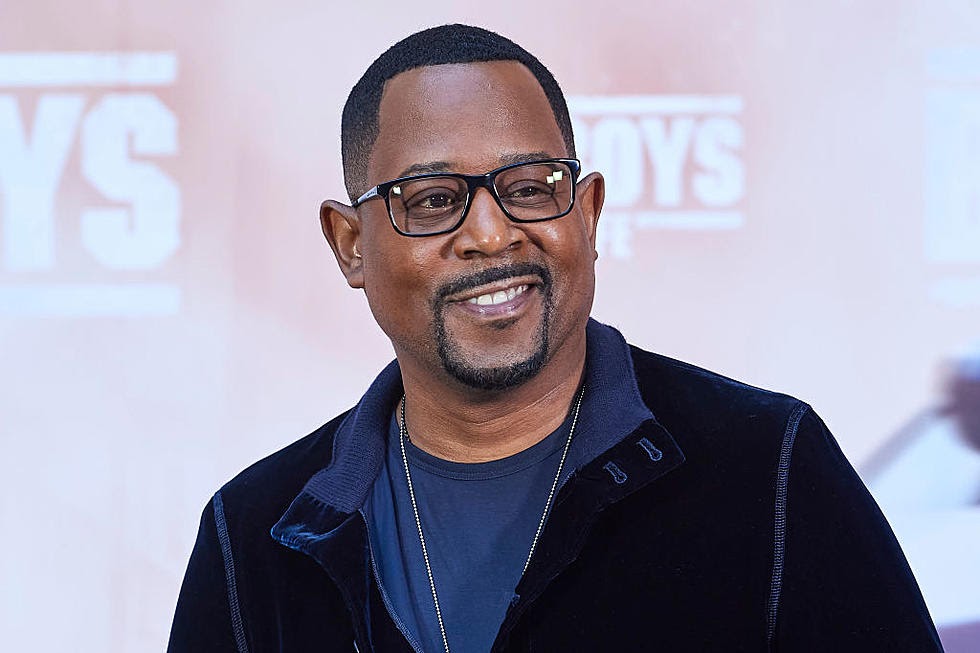 Martin Lawrence is a famous and beloved American actor, stand up comedian and producer. Even though Martin Lawrence is American, he was born in Frankfurt, Germany. Martin Lawrence rose to fame with his acting debut in ‘What’s Happening Now?’ and went on to receive several other acting opportunities as a result of that role. After his successful debut on the silver screen, Martin Lawrence went on to star in movies like Do The Right Thing, Boomerang and Blue Streak. During the 90s, Martin Lawrence also played the titular character Martin Payne on the Fox TV show Martin. The show ran for five seasons. Martin Lawrence attained Hollywood stardom after starring in the superhit buddy cop action comedy alongside Will Smith, Bad Boys. The movie was directed by famous action filmmaker Michael Bay and it was one of the highest grossing movies of the 90s. A sequel to the movie, Bad Boys 2 was released in 2003 and was an even bigger commercial success. After many years of speculation, Martin Lawrence reunited with Will Smith for the third instalment of the franchise Bad Boys for Life. The movie was released on January 17th, 2020 and as per the time of publication of this post, has earned over $391 million at the box office, against a budget of $90 million. So it has become the most successful movie of the franchise already, and the most successful movie released in January. As a result of a distinguished and successful movie career, Martin Lawrence’s net worth is $110 million.

When was Martin Lawrence born?

Where did Martin Lawrence study?

Martin Lawrence went to the Thomas G. Pullen School of Creative and Performing Arts as well as the Fairmont Heights High School. Because of his excellence in boxing, Martin Lawrence considered having a career in the sport. However, he suffered from a broken eye socket during a boxing bout and decided to drop his boxing ambitions. Martin LAwrence shifted his focus to acting after that.

In order to pursue an acting career, Martin Lawrence moved from New York to California. Pretty soon, he landed a guest role on the hit TV show “What’s Happening Now?”. His appearance on the show ended up being his big acting break.

After his appearance on the show, Martin Lawrence also went on to host HBO’s Def Comedy Jam; and he also launched his sitcom for Fox, Martin, which ran for five seasons between 1992 to 1997.

After Martin ended its TV run, Martin Lawrence continued building on a promising movie career, especially in the field of comedy. Many of his films were blockbusters at the box office including Blue Streak, Big Momma’s House and Nothing To Lose. His biggest hit of the 90s was the buddy cop action comedy alongside Will Smith, Bad Boys. The movie went on to earn over $140 million against a budget of $19 million. That role propelled Martin Lawrence to stardom.

Big Momma’s House 2 opened at No.1 at the North American box office and grossed $28 million in its first week. Martin Lawrence also collaborated with Jamie Foxx for the 2009 movie, The Skank Robbers. Martin Lawrence also played the role of Big Momma in the third part of the franchise, Big Mommas: Like Father, Like Son. Speaking about the movie, Martin Lawrence said: “Everybody has a Big Momma: the mother or the grandmother who tells it like it is, keeps it real with them, isn’t afraid to tell you the truth about yourself.”

Martin Lawrence also appeared alongside Kelsey Grammar in a sitcom called Partners. The show was poorly received and cancelled after just one season. The sitcom was produced by Lionsgate Pictures. In 2014, much to the delight of Bad Boys fans across the globe, Martin Lawrence confirmed that the third part of the Bad Boys franchise was in the works. The movie was eventually released in 2020 and went on to become the most successful movie of the franchise.

What is Martin Lawrence’s net worth in 2021?

Martin Lawrence has appeared in numerous movies over his long career. He has had appearances with some of the biggest names in Hollywood like Will Smith, Eddie Murphy, Luke Wilson, and John Travolta. As of 2020, Martin Lawrence’s net worth is $110 million.

Here are some of the best highlights of Martin Lawrence career:

“Here goes all these rumors writin’ about me. I see on the paper, one of ’em says “Martin tries to jump out of a plane using his jacket as a parachute.” Now ain’t that some bullshit! As I’m trying to get my life together, they’re gonna write that bullshit. I know damn well you can jump out no plane using your jacket as a parachute. Shit, I know you got to use your pants.”

“Boxing kept me out of the streets, by giving me something to do. And it gave me a father figure in the coach that was there for me. I just reiterated what my mother was trying to teach me about focusing and getting my life together.”

“God inspired me because I was blessed with the knowledge that I wanted to do this. And my mother supported it. She said, ‘Whatever it is you want to do. If you believe acting or comedy is what you really want to do, I can only tell you it’s not easy, it’s very hard, but I’ll support you.’ Her supporting me enabled me to move forward.”

“I’m most proud of the blessings that God has bestowed upon me, in my life. He’s given me the vision to truly see that you can fall down, but you can still get back up. Hopefully, I’ll learn from my mistakes and have the opportunity to strengthen and improve the next thing I do.”

“Fatherhood means a great deal to me. I love it. To me, there ain’t nothing better, because your kids keep it real with you. When you think things are bad, you look at them and they show you how things could be all right, and it’s all worth it.”

“I was a B.I.G. fan. I like all of his stuff. I don’t really have a favorite song. They all are good, and each brings different memories to me. And you can still listen to it to this day and it means something.”

“You might see some of the movies that I’m in where there are shades of drama or whatever, but for the most part, I don’t get offered serious roles.”

“To each his own. You like what you like. If you want someone who’s big-boned and you like that, ain’t nothing wrong with having a little extra meat on there. If you like them thin-boned, then that’s okay, too.”

Martin Lawrence is a very successful and accomplished actor. He has had numerous memorable movies and roles, but he is most well known for playing the role of Detective Marcus Burnett in the Bad Boy series of movies. The franchise has earned almost $700 million worldwide. As a result of his incredible success in Bad Boys and numerous other movies, Martin Lawrence has amassed a lot of wealth. As of 2020, Martin Lawrence’s net worth is $110 million.