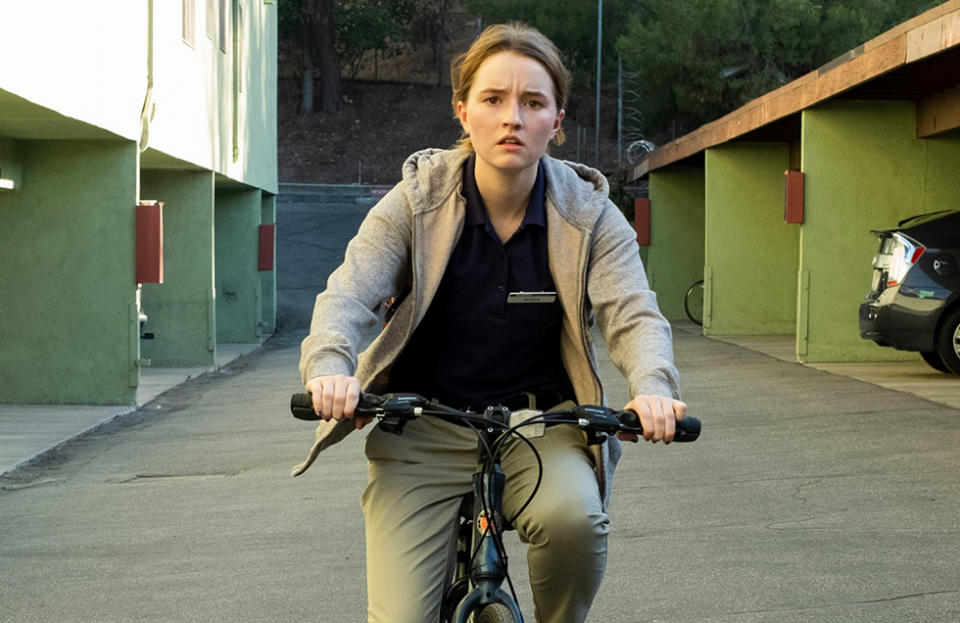 Every Netflix fan knows Marie Adler. She is one of the most powerful, inspirational and popular Netflix characters of 2019. Marie Adler is the protagonist of a Netflix series named Unbelievable. The series revolves around a teenager who was raped in her apartment. It depicts Marie’s ultimate struggle to get justice when everyone was raising their fingers on her. The series touched the hearts of millions of binge-watchers and Marie Adler became a household name. The character of Marie Adler is essayed by the talented actress Kaitlyn Dever, who added life to the character of Marie Adler. Kaitlyn Dever connected so well with the viewers that the series became an instant blockbuster.

Marie Adler isn’t just a fictitious character played by Kaitlyn Dever. Marie Adler and her story both exist in real. Her story is so inspiring and interesting that Netflix decided to translate it into a series. Let’s find out more about Marie Adler.

Marie Adler in real-life and reel-life

Who is Marie Adler?

Marie Adler is a real-life struggler. She is a young girl whose story is depicted in Netflix’s Unbelievable. Marie’s life has been a bed of thorns right from her childhood days. Marie lived in foster care since childhood; she met her biological father only once and she didn’t know anything about her mother. When she turned 18, she shifted to a one-bedroom apartment to lead an independent life. She went to the apartment with lots of hope, but she didn’t know that she’d meet the shock of her life. To her horror, on one random day in the year 2008, she was awakened by a stranger in her apartment. That man gagged, blindfolded and raped her in her apartment.

This incident traumatized Marie and shook her from inside. Though she wasn’t mature enough to handle the situation as she was just 18, she gathered courage and decided to fight for her justice. Hence, she reported the case in the police station. However, she was greeted by doubts from cops as well as her close ones. Everyone thought that she is mentally ill and cooking stories. Even her two foster care mothers were skeptical regarding her rape claim.

Did Marie Adler get justice?

When Marie reported that she was raped in her apartment, everyone doubted her. She was so much moved by this incident that later she agreed that it was just her dream and she wasn’t raped. Hence, she was sued for $500 for deceiving the law by making a false report. The case closed on this note and Marie thought she’d never get justice. However, destiny had planned something else for her. Two years after the incident, two detectives found a serial rapist convicted for raping 28 women. When detectives were checking the evidence, they found photographs of Marie and other rape victims. It is then that the detectives connected with the cops in charge of Marie’s and explained that her claim was real. She then sued the state.

How much did Marie Adler get from the state?

When the truth regarding her rape came into light with pieces of evidence, Marie sued the state. Firstly, she got back $500 which she paid as fine and then she got a settlement of $150,000 from the state. After this, Marie left the city and gradually escaped from her Trauma. At present, Marie is living a happy life with her husband and two children.

Who is Kaitlyn Dever?

Kaitlyn Dever is an actress from America who has appeared on several films, television serials and web series including Unbelievable where she played Marie Adler. Due to her amazing acting skills, everyone believed that she was made for the cameras and she must enter the world of glamour. Hence, Kaitlyn began her career by featuring in a barbie commercial.

On 21st December 1996, Kaitlyn Dever was born to a couple named Tim Dever and Kathy Dever. Her hometown is in Phoenix Arizona. She has two sisters named Mady and Jane Dever. Kaitlyn had an interest in performing arts since she was just 5 years old because of which she participated in various competitions at school level. Seeing her immense talent and interest, her parents decided to send her to the best acting school. Apart from acting, she also loved participating in other activities such as skating, ballet as well as gymnastics.

Later, Kaitlyn’s family shifted to Dallas in Texas. There, her father gave voice to Barney, the Purple Dinosaur. Meanwhile, she got herself enrolled at the Dallas Young Actors Studio. At the studio, she sharpened her skills that made her book various commercials before she shifted to Los Angeles. Kaitlyn’s first television role came in the year 2009 where she played Gwen Thompson. Soon, she got engrossed in her passion for acting and simultaneously she didn’t leave her love for music. Yes! She sings and plays guitar in her leisure time. She is even a part of the folk-rock band. Kaitlyn has released single tracks along with her sister Mady Dever.

Kaitlyn Dever’s career began with her super entry in the film An American Girl: Chrissa Stands Strong. She even got a chance to work in the FX series Justified. Apart from these, she made various TV appearances and played dynamic characters, which increased her fan following. She was also seen in three movies namely, Cinema Verite, J. Edgar, and Bad Teacher.

Kaitlyn is best known for roles in Term12, The Last Man Standing and Justified. The major break came in her career with Unbelievable where she essayed the role of Marie Adler. This role has gained her so much prominence that many of her fans refer to her as Marie Adler.

Awards and Achievements of Kaitlyn Dever

Kaitlyn Dever is a born star and she has been able to impress both critics and audiences alike. She has been bestowed with 5 awards and 11 nominations for her amazing performances. From the year 2011, she was continuously nominated for various awards such as ‘Young Artist Award’, ‘PFCS Award’, ‘Dorian Award’, ‘DFCS Award’, ‘BTVA Video Game Voice Acting Award’, ‘EE Rising Star Award’ and ‘Critics Choice Award’. The best nomination of her life is for the ‘Golden Globe Award’ in the category of ‘Best Performance by an Actress in a Limited Series or a Motion Picture Made for Television’ for her role as Marie Alder.

Kaitlyn Dever grabbed an award with her team for ‘Them That Follow’ in Newport Beach Film Festival in 2019. She even won the prestigious CinemaCon Award alongside Beanie Feldstein in the category of ‘Female Stars of Tomorrow’. So far, 2020 is going great for her. She took home the HCA Award and Next Generation Award in the categories of ‘Best Performance by an Actress 23 and Under’ and ‘Next Generation of Hollywood’ respectively.

Kaitlyn Dever is a beautiful actress and such a beauty can’t remain single. However, she has faced adverse effects of being a celebrity. Rumors about her pregnancy started spreading even when she wasn’t in a relationship. But, she faced that situation bravely and soon found a man of her dreams. It was in the year 2014 that Kaitlyn Dever got committed to Ansel Elgort. But, her relationship didn’t work out for a long time. Soon, the couple had a split and presently this gorgeous lady is single.

Generally, Kaitlyn usually keeps her personal life as a secret and avoids personal questions from the media. Right now, she is just committed to her work and is looking for a great career ahead. She is away from any kind of disturbances which might create chaos in her peaceful life.

As per reports, the net worth of Kaitlyn Dever as of 2020 is $3 Million. Every year, she witnesses an increment of approximately $1 Million in her net worth, which is a great thing for a 24-year-old girl. She earned this net worth through her roles in movies and series; her endorsements and her music albums. Kaitlyn is a role model for girls of her age as she has achieved so much at such a young age.

Kaitlyn Dever has earned the status of one of the best young actresses of Hollywood in 2020. Her breathtaking performances have won millions of hearts. She is best known for the role of Marie Adler in Unbelievable. She has won several awards for her performances and many more are yet to come. We wish her the best life ahead and hope she win more prizes with her talent. We want her to win our hearts like this for many great years ahead.

Skindex: How To Change The Skin In Minecraft Adventure Games

Jaime Camil: Who Is The Famous Mexican Actor?

American filmmaker Wes Anderson is set to release 'Isle of Dogs' in India !