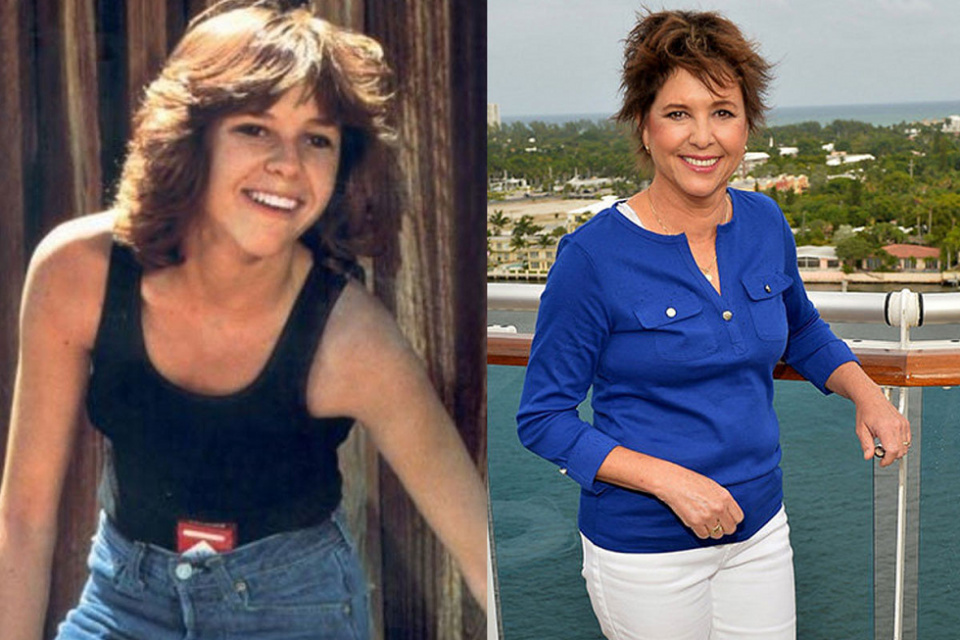 Kristy McNichol is best known for her roles on Family and Empty Nest but she would go on to play a bigger role in helping hundreds of women in Hollywood learn the truth about the industry. MGM once said she had a chemical imbalance to counter her reactive behaviour to a director sexually abusing her.

How old is Kristy McNichol now?

Kristy gained fame for playing Buddy Lawrence on the show Family in the 70s, and bagged an Emmy for her work on the show. She is now  58 years (11 September 1962).

Kristy McNichol also played the lead role as Barbara Weston on Empty Nest. The actress is also famous for several roles in films, including in 1980’s Little Darlings.

Ever since McNichol turned 18, she was living in a $1.7 million dollar home. According to a friend’s statement, “She was spending money like water, buying cars and clothes. But that was not making her any happier.”

McNichol also said, “It all came to a head. All the rejection, all the ups and downs of my career—not having a childhood, coming from a broken home, not going to school, not going to the prom, all these people telling me to do this and do that and not having any say-so. People think I must have been on drugs or something. But when you’re young, all of that is enough to make you crack.”

McNichol made her first public appearance at the Oscars in 1983 to present the awards for Best Short Film with her Little Darlings co-star, Matt Dillon. They were there to calm Hollywood’s nerves about McNichol’s mental state. The mission was accomplished, however, her career did not pick up exactly where it left off. Still, McNichol was able to go back to work after her sexual abuse (see below).

Once Just the Way You Are was completed, McNichol starred in TV movies like Love, Mary and Women of Valor. Aside from this, she hit the big screen with Alan J. Pakula’s thriller, Dream Lover, but it was hardly released theatrically.

In between movies, McNichol considered new career paths. For example, in 1985 she was enlisted in the California College of Hair Design. After her stint as a hair designer, she wanted to become a real estate appraiser. “I liked it because you worked on your own. There weren’t 50 people surrounding me.”

Despite coming back to work again, she hadn’t fully regained Hollywood’s trust. The child star was up for the female lead in the Michael J Fox movie The Secret of My Success.

Kristy felt really good about her audition on The Secret of My Success and director Herbert Ross told her he wanted her to do the movie. But according to him, Universal decided that casting her wasn’t a good idea. “That kind of stuff happened to me all the time. At the last minute somebody would say no to me because of the past.”

Where is Kristy McNichol now?

In 2001, McNichol made her retirement official with a statement from her publicist:

“ A lot of people have wondered what I’ve been up to. I retired from my career after 24 years. My feeling was that it was time to play my biggest part – myself! I must say that it has been the best thing that ever happened to me. So many fans are disappointed that I’m not currently acting; however, some may not realize that the process I’m in at this time is necessary and vital for my personal happiness and well-being”.

Upon retirement, Kristy McNichol came to understand the importance of privacy. As such, she never went on record about much of her life post-Hollywood. After she blew through a lot of the money which wasn’t uncommon for child stars to do, McNichol later made better financial decisions. In addition to that, she focused her energy on charity work such as animal rescues and teaching acting to children with special needs.

Kristy McNichol was next heard from in 2012 when she came out publicly as a gay woman. McNichol had been living with her partner, Mary Allen for the past twenty years when she made the announcement.

Although she was retired, she told People that she made the decision to come out as a lesbian because she was “approaching 50” and wants to “be open about who I am.” McNichol even gave a photo to people, showing off her and her partner Martie Allen, smiling at a dinner. The actress has not worked in the industry in years, choosing to focus on her personal life and health. Kristy was diagnosed with bipolar disorder in 1992 and had a tough life as a child actress.

Why did Kristy McNichol quit acting?

When Kristy McNichol was filming the romantic comedy, Just the Way You Are, she described being assaulted by an unnamed director as a teenager. “I thought he was a friend. This is someone I trusted. Suddenly, his arms were all over me and he was pulling me close. It was like, ‘Oh, my God!’ I couldn’t believe it.”

Kristy McNichol fled the director’s trailer relatively unharmed, however, she said the experience greatly upset her. “It made me question things. What goes on in this business I’m in? What is this life of mine all about? What am I doing?”

Before she took off to France to film Just the Way You Are, Kristy found herself in deep depression. She tried to tell her management that she wasn’t in a good place, but everybody encouraged her to just do the job.

“No one could look at me as this person who was in trouble. It was like, ‘Please, listen to me,’ and no one ever did. I was so confused. I was so depressed. I was so full of anxiety. I was a wreck. And there I was filming a movie.”

Kristy McNichol toughed it out for five weeks of filming. “When they’d say, ‘Roll,’ I’d conjure up enough energy and strength to pull through another scene. When they said, ‘Cut,’ I became this sad little lost animal in the darkness.”

The French director who abused her tried to calm her down by bringing in a masseuse. But Kristy McNichol’s mental condition continued to deteriorate. She stopped eating and sleeping. “My weight dropped down to about 96 lbs. Nonstop crying. Nonstop anxiety. I was always shaking like a leaf. Freaking out, crying, confused, I didn’t know what was going on. I was so sick. “

The film took a two-week break for Christmas and McNichol found a reason to head straight home. A friend took her to a psychologist who specialized in adolescents with emotional problems and immediately recognized the problem.

“The doctor saw instantly how angry I was. I had no idea I had that much pain inside my body. He told me, ‘This was bound to happen, so don’t feel so odd.’ That made me feel better. No one else had said that.”

On her doctor’s advice, Kristy McNichol  refused to fly back to France to resume filming. Despite eventually returning to finish the movie, her emotional distress delayed the release of Just the Way You Are.

Rumors swirled about the reasons for the year long delay. The official story from MGM to reasonably explain their actress’s behaviour was that McNichol had a “chemical imbalance.” The talk was all about those that thought it was drug abuse or bi-polar disorder which were both untrue.

“I’ve had my share of problems, just not those. I think it would be easier to kick that kind of habit than to go through the years of hell that I have.”

Needless to say, no one understood her and in a world where studios take out insurance just in case their stars are unable to complete a movie, she would cost them a lot if unreliable. Unreliable actors are those too unreliable to insure, thereby ending a career.

Kristy McNichol was a tough person to hold it together in Hollywood as long as she did. Starting with her childhood, she went from being a kid to a high-pressure career without knowing anything else. She grew up in the spotlight which is difficult for anyone.

Then, with all the stress that engulfs child actors in Hollywood, it’s no wonder that

McNichol was diagnosed with manic depression at a time when most people didn’t understand the disease. At a time when homosexuality was taboo, the young Kristy was also forced to believe that many things were wrong with her.

Eventually, McNichol figured out that the best thing for her was to move on to other things. During a Love Boat reunion in 2014, McNichol made a statement that she was happy with the way things turned out. “This phase of my life is so good. My home life is happy and serene.”