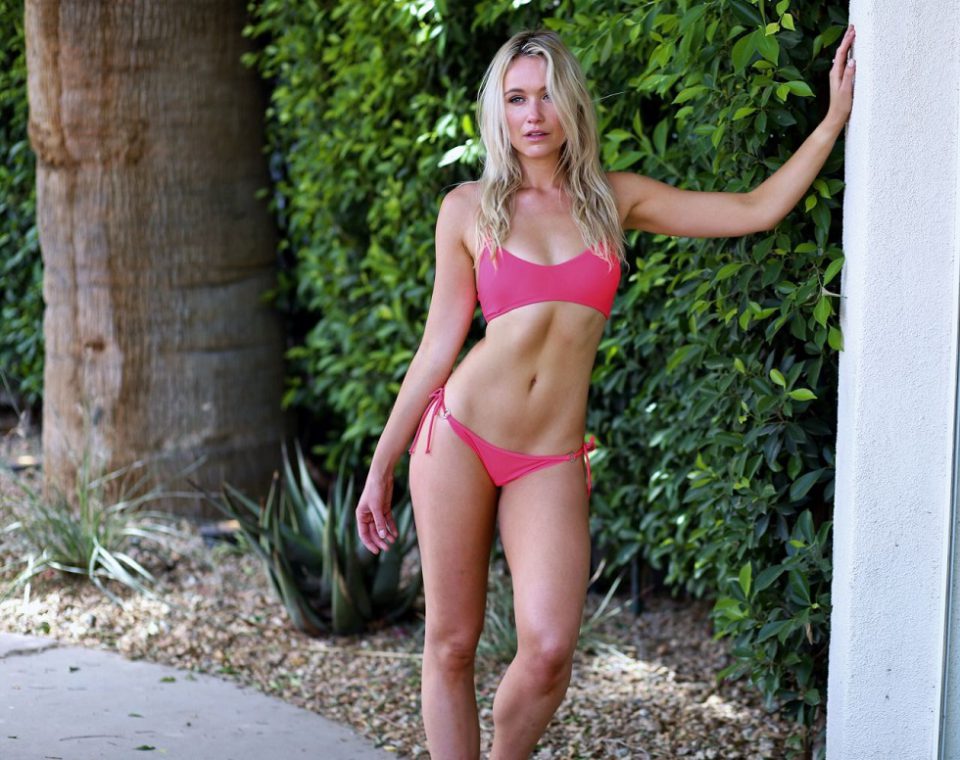 Hailing from New Jersey, Katrina Bowden is an American actress known for playing Cerie on the NBC sitcom 30 Rock (2006–2013). More recently, the blonde-haired beauty has also appeared in the films Sex Drive, Piranha 3DD, and Scary Movie 5. She has also amassed fame since starring as Flo on the CBS daytime soap opera The Bold and the Beautiful since 2019. Here’s her bio:

On January 28, 2012, Bowden was officially not a single woman, so don’t get your hopes up. The 30-year-old actress has been married for 6 years now. She’s married her boyfriend of nearly two years, musician Ben Jorgensen, from the band Armor For Sleep. The actress and former band member were wed on May 19, 2013, in the Brooklyn Botanical Garden in New York.

Bowden’s breakthrough role came when she was cast on the hit show “30 Rock,” which helped her make her career go a lot further. She was cast in the role back in 2006, and she starred on the show until 2013 when the show ended for good. She spent the last 7 years of the show’s time on the air starring as a main character. She was, if you don’t remember, the lovely but kind of clueless assistant, Cherie. She played the role of a sexy woman who didn’t have much of a brain, and she did it well. Of course, we know her to be so much more than that in the real world with her extensive education and her clear mind for doing what she wants to do to make her life successful.

She was born and raised in New Jersey in 1988. She spent her childhood there, went to school there, and got her education there. She was a child who went to a school that is no longer open. She’s a graduate of the Saint Thomas More School in Midland Park in elementary and middle school. The actress also went to the Immaculate Heart Academy in another town in Jersey, too. She attended her religious schools and had a catholic upbringing, which is what her parents wanted from her in her life. She can’t send her future kids there, but she’s also not in Jersey anymore, now is she?

Adele: Everything To Know About The Fifteen Time Grammy Winner

Personalization in Marketing: A Revolution in The Digital World