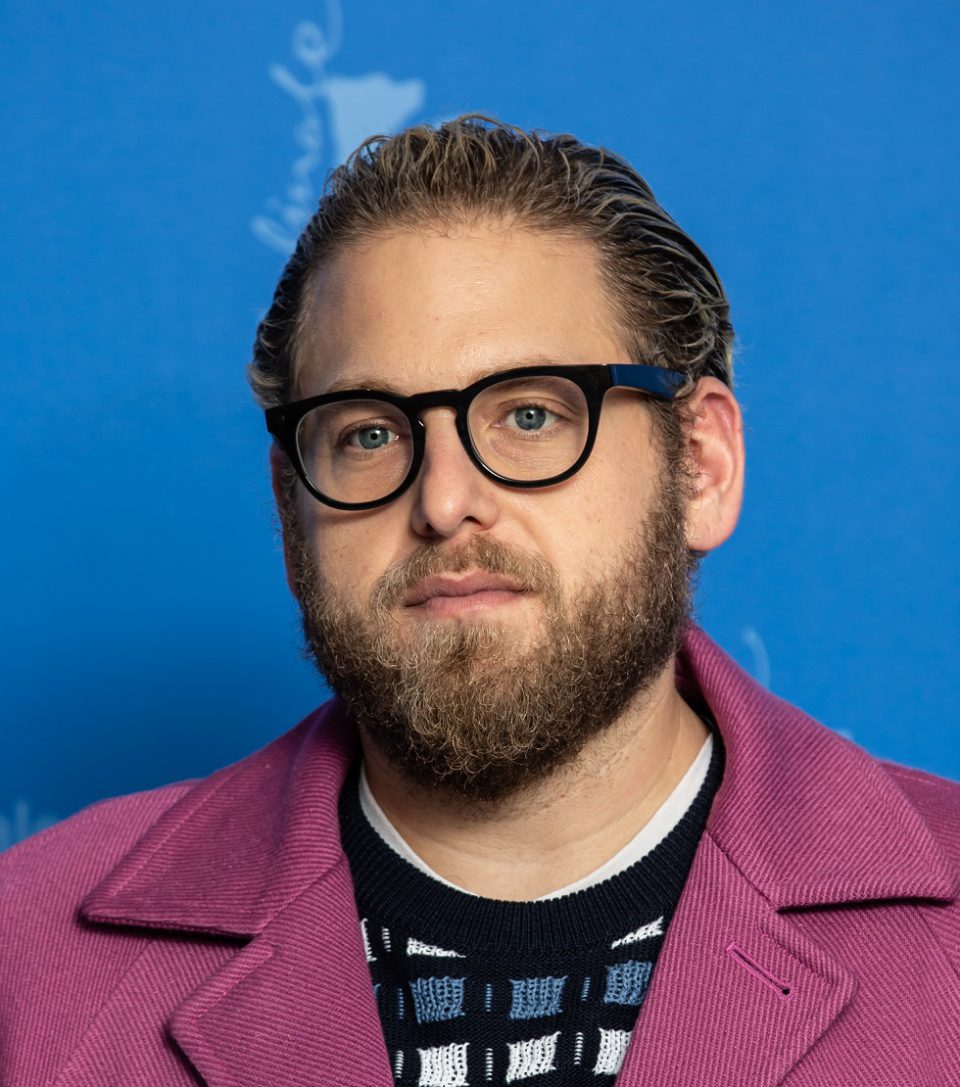 You saw him first on Superbad, and now he’s an Oscar and Golden Globe nominated actor. Yes, we are talking about comedic actor Jonah Hill who’s been entertaining us over the years with iconic movies such as Knocked Up, The Wolf of Wall Street,  and 21 Jump Street. If you’ve lived under a rock, or are a hermit, you’ve missed Jonah Hill’s incredible weight loss journey which he was determined to smash just like his growing career. A true underdog turned ubiquitous superstar, this is the biography of Jewish actor Jonah Hill:

Who is Jonah Hill?

Jonah Hill is an American filmmaker, comedian and actor. He is recognized for his comic roles in films like Accepted, Superbad, Knocked Up and Forgetting Sarah Marshall. He is also applauded for his performances in Moneyball, The Wolf of Wall Street and War Dogs for which he received Academy Award nominations. He also appeared in the dark comedy miniseries Maniac. Hill studied drama at New School University before starting his film career.

Comedic actor Jonah Hill’s weight loss journey first began back in 2011 but resumed again in 2017 after he worked hard to lose the 40 pounds he gained for his 2015 role in War Dogs.

In order to shed pounds, he enlisted the help of a nutritionist and trainer and even got advice from some trim and toned friends such as Magic Mike XXL star Channing Tatum.

In July 2011, Jonah Hill made an appearance at ESPN’s ESPY awards, showing off his new, forty-pounds-slimmer physique. He had changed his diet, mostly eating sushi. He also saw a nutritionist and got a personal trainer. Hill explained in interviews that the lifestyle change reflected his desire to get more serious roles in his career.

He is the son of Richard Feldstein, a Guns N’ Roses tour accountant, and Sharon Lyn, a fashion stylist and costume designer. Raised in a creative atmosphere, Hill had dreams of becoming a writer, wanting to join the writing teams of The Simpsons and Saturday Night Live. Hill attended Brentwood School and ultimately graduated from Crossroads, a college preparatory school in Santa Monica.

After graduating from high school, he left California for New York to attend The New School, where he studied acting.

Before rising to stardom as one of Hollywood’s stars, he had begun writing his own plays and performing them in the Black and White bar in the East Village neighborhood of New York City. As time went by, he finally realized that he wanted to become an actor.

While in college, he became friends with actor Dustin Hoffman’s children, Rebecca and Jake, who introduced him to their father. Hoffman asked Hill to audition for a role in “I Heart Huckabees”, which Hill landed, making his film debut in 2004.

Jonah Hill next made a brief appearance in “The 40-Year-Old Virgin” before then landing a supporting role in the 2007 romantic comedy-drama film “Knocked Up”.

A succession of roles in high profile movies followed soon thereafter, one most famous was as Seth in “Superbad” which turned out to be his breakout role. It brought him nominations for a Teen Choice Award and two MTV Movie Awards. His next feature “Get Him to the Greek” turned out to be a success too and earned him three Teen Choice Award nominations.  He was ranked No. 21 on Entertainment Weekly’s “30 Under 30” actors list in 2008, performing on a number of popular television shows in the years to follow, including Reno 911! and Saturday Night Live. He also lent his voice on the show he loved as a child, The Simpsons. In 2010 Jonah Hill tackled his first dramatic role in the film Cyrus.

In 2011, Jonah Hill continued his path towards greatness playing the role of Peter Brand in the biographical sports drama film “Moneyball”. This movie was nominated for a Golden Globe as well as Oscar among the many other nominations. Though winning neither of both, he brought home a Palm Springs International Film Festival Award for Creative Impact in Acting.

That same year he wrote for and starred in the short-lived animated series Allen Gregory. He then co-wrote, produced, and starred in the film 21 Jump Street (2012), a film adaptation of the 1980s television show. The year 2013 also proved to be fruitful for Hill, who not only played himself in the comedy This Is the End, but also starred as Leonardo DiCaprio’s sidekick in The Wolf of Wall Street, which garnered him another Oscar nomination.

The ensuing years brought both standard comedic roles as well as dramatic ones that exemplified Hill’s versatility as an actor. He appeared in 22 Jump Street (2014), as well as the mystery thriller True Story (2015), in which he played New York Times journalist Michael Finkel. In 2016 he had a role in The Coen brothers’ comedy Hail, Caesar!, played a sausage in the adult animation comedy Sausage Party and starred in the biographical war dramedy War Dogs, in which he was nominated for a Golden Globe for Best Actor. In 2018 Hill co-starred in the Netflix dark comedy-drama Maniac, in which he undergoes a mind-bending pharmaceutical trial alongside Emma Stone’s character. He also made his feature film directing debut with Mid90s, about a troubled teen who seeks acceptance with a group of skateboarders. The following year Hill voiced characters in How to Train Your Dragon: The Hidden World and The Lego Movie 2: The Second Part, while also appearing with Matthew McConaughey in Beach Bum. He had also lent his voice to “The Lego Movie”, “How to Train Your Dragon 2”, and “Sausage Party”.

In August 2019 it was reported that Hill had gotten engaged to girlfriend Gianna Santos. The two had been dating for approximately one year.

Hill is notoriously tight-lipped about his romantic life, so we may never know when and where they decide to tie the knot.

Jonah Hill has a net worth of $50 million.

In college Hill began writing and performing in his own plays in New York City. He made his film debut in I Heart Huckabees, in 2004, after meeting Dustin Hoffman through his children and Hoffman asking him to audition for a role in the movie.

In 2005, Hill made a brief appearance in Judd Apatow’s directorial debut The 40-Year-Old Virgin, which led him to roles in the other Apatow films. Hill had supporting or leading roles in Knocked Up and Superbad in 2007 and Funny People in 2009.

In 2011, Jonah received critical acclaim for his supporting role alongside Brad Pitt in the baseball bio-topic “Moneyball.” He was even nominated for a Best Supporting Actor Academy Award for his performance in “Moneyball,” marking his first Oscar nom. In 2012, Hill starred in the film “21 Jump Street” opposite Channing Tatum. The movie got excellent reviews and was a box office hit. His next hit was the Quentin Tarantino film “Django Unchained” in 2012, which was nominated for numerous prestigious awards including Oscars, Golden Globes, and BAFTAS.

In 2013, Jonah received more critical and popular praise for his role as Donnie Azoff in the 2012 Martin Scorsese/Leonardo DiCaprio blockbuster “The Wolf of Wall Street.” He received his second Oscar nomination and won an MTV movie award for his performance. Hill told Howard Stern in an interview that he earned just $60,000 for his role in the film because he took SAG’s minimum wage, but said he didn’t mind because he would have done “anything in the world” to act in a Scorsese film. In 2020, Hill appeared in the Martin Scorsese-directed Coca Cola commercial for the SuperBowl.

Today, Jonah Hill Is One of The Busiest Actors In Hollywood:

In 2014, Hill voiced The Green Lantern in “The Lego Movie” and also reprised his role as Morton Schmidt in the second “21 Jump Street” movie. In 2016, Hill got the opportunity to act in a Coen brothers’ comedy, “Hail Caesar!” That same year, he acted alongside Miles Teller in “War Dogs.” For this role, he was nominated for a Golden Globe for Best Actor.

Next up, Hill reunited with old comedy pals Seth Rogen, Michael Cera, and James Franco in the animated comedy “Sausage Party.” Hill co-starred opposite Emma Stone in Netflix dark comedy “Maniac” in 2018. Also in 2018, Hill made his directorial debut with a screenplay he wrote titled “Mid90s,” and it was positively received by critics and audiences. The next year, he voiced characters in “How to Train Your Dragon: The Hidden World” and “The Lego Movie 2: The Second Part.” He also appeared with Matthew McConaughey in “Beach Bum” that year.

Jonah was named on the best-dressed list of “Vanity Fair” in 2018. In 2019, it was reported that Hill was in talks to play the villain in “The Batman,” however, he eventually departed the project when they could not come to a negotiation.

In 2010 Jonah bought a home in Los Angeles for a bit below $2 million. He sold this house in 2015 for $3.65 million. Around the same time as the sale, Jonah spent $9.2 million on a loft in the NoHo neighborhood of Manhattan. In September 2019 Jonah spent $6.8 million on a home in Santa Monica, California.