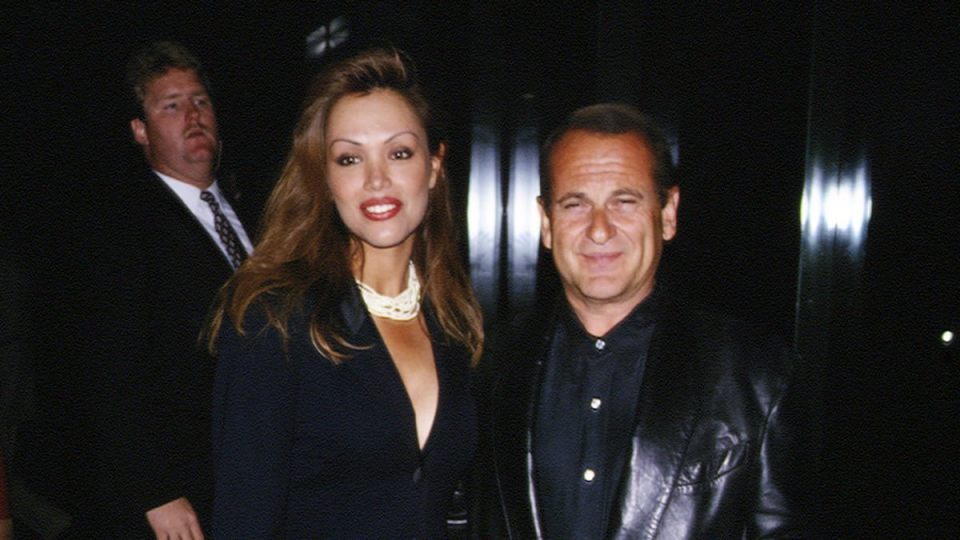 Claudia Haro is a retired actress who was featured in several blockbuster films, such as “Casino” (1995), among many other projects, but is perhaps better known to the world as the ex-wife of Joe Pesci, and Garret Warren as well.

Who is Claudia Haro?

Claudia Haro is a retired actress who’s known to be the ex-wife of Joe Pesci, and Garret Warren as well. But what drew more attention is her prison sentence for attempted murder. She was charged of attempted murder and principal firearm charges for the attempted murder of her ex-husband. Claudia’s hired gun actually shot Garret Warren four times, in the hip, chest, eye, and leg – he somehow managed to survive the attack, though he lost his eye. For two years the police couldn’t find the killer, but then a picture of Warren and his home address was discovered in the trunk of a car owned by drug dealer and restaurant owner, Miguel Quiroz. This trace further led to Jorge Hernandez, who was identified as a killer, and Claudia’s brother Manuel. The ultimate result of the investigation was that Claudia was convicted as the primary organizer.

Before she got on with her career, Claudia had already become famous – Joe Pesci took her under his wings and their romance was born. The couple was married and welcomed a daughter named Tiffany. Following their split, Claudia launched her acting career, and from 1994 until 1999 featured in such blockbuster films as “Jimmy Hollywood” (1994), “With Honors” (1994), “Casino” (1995), and “Gone Fishin’” (1997). After this, Claudia retired from acting and focused on her family life.

The duo met each other for the first time in an Easter Brunch. They two dated for several years before tying the knot on 7th May 1988. Although it was Claudia’s first marriage, it was a third wedding for Joe Pesci. Claudia and Joe shared a daughter, Tiffany Pesci, from their marriage.

After he divorce from Claudia, he was in a relationship with Angie Everhart from 2000, who he came close to marrying, but the couple broke up in 2008.

The couple met soon after Claudia’s divorce from Joe Pesci they eventually married and they also welcomed a daughter, but trouble started brewing. Unfortunately, their marriage lasted for a short time when Garrett filed for divorce, and the couple separated on July 13, 1999. However, unhappy with the decision and her ex-husband on the whole, Claudia hired a contract killer to end her ex-husband’s life.

Haro and Warren were involved in a legal battle over the custody of their daughter. However, Garrett won the custody that drove Claudia very angry. Later, she hired a killer to assassinate Garrett Warren.

Moreover, after her divorce from Garrett Warren, Claudia started dating Russell Armstrong, a reality star from The Real Housewives of Beverly Hills. He was said to have a very abusive personality and often hit Claudia during their year-long relationship. Russell once slapped Claudia, causing her neck to snap back after accusing her of cheating on him.

“He hit me in the face so hard that my neck snapped back….I got out of Russell’s car and dialed 911. However, I was put on hold. I was standing next to Russell’s car with my cell phone in my hand when he walked around the car, pulled my cell phone out of my hand and he broke it by pulling the top part of my flip phone off. Russell then grabbed both of my wrists so hard that it hurt”.

Haro also saw Armstrong slap his son Aiden hard across the face on multiple occasions when he came to visit him. However, Russell committed suicide on 2011, and Claudia was dragged into the controversies on his suicide. Later, it was proved that Claudia had nothing to do in Russell’s suicide.

In June 2000, the court reannounced joint custody of Claudias and Garrett’s daughter Kaylie. However, in May 2000, a stranger rang the doorbell at Warren’s Westlake Village, California, home for about six times. The man at the door wanted to know if the car on the driveway was Garrett

“I said, Yeah, that’s my car. So I opened the door and peeked my head outside to see if my car had been hit, Warren recounted in the interview.;And when I did, he had a gun down by his right side by his right leg and he picked it up and started shooting at me.”

The stranger had a gun with him, just as Garrett looked out. He was shot four times on his doorstep with a .32 ACP, on his chest, neck, and his left hip. As he was lying on the floor bleeding, the man again fired at him blinding his right eyes.  Not only Warren, but his then 64-year-old mother also became a victim of the fatal attack, as the man fired two shots her way, nearly hitting her head before running away. The first suspect behind the attack was Claudia because of their divorce and legal battle for the custody of their daughter. So, the police arrested her, but they had to let her go due to insufficient evidence against her.

Garret’s case was put on hold for about two years after that. After about two years, San Bernardino police came across a car whose trunk had an envelope that had a picture of Garrett Warren and a map of his house. The car belonged to a drug dealer and restaurant owner, Miguel Quiroz. The case again recalled itself after two years. All the clues led police to

Haro’s younger brother Manuel Haro and hitman Jorge Hernandez, who was involved in the crime. Manuel Haro hired a hitman for $10,000 as per Claudia’s wish.

Actor Joe Pesci’s name was also dragged in the controversy because Claudia was residing at Pesci’s guest house. However, there was no evidence against him.

In April 2012, Claudia was sentenced to 12 years and four months imprisonment at California Institution for Women in Corona, California. She was released in August 2019.

Claudia Haro is a retired American actress widely known for her notable acting roles in Hollywood blockbuster films like Casino(1995). She has also appeared in many remarkable TV series.

Although her career was rather short, Claudia made a name for herself, starring in several successful films which helped increase her wealth. According to authoritative sources, it has been estimated that Haro’s net worth is as high as $12 million, which is quite impressive, don’t you think? Moreover, she is also divorced twice, so she must have got millions as the settlement amount that contributed to her net worth.

Selena Gomez: 6 Really Rare Facts About The Actress and Singer!