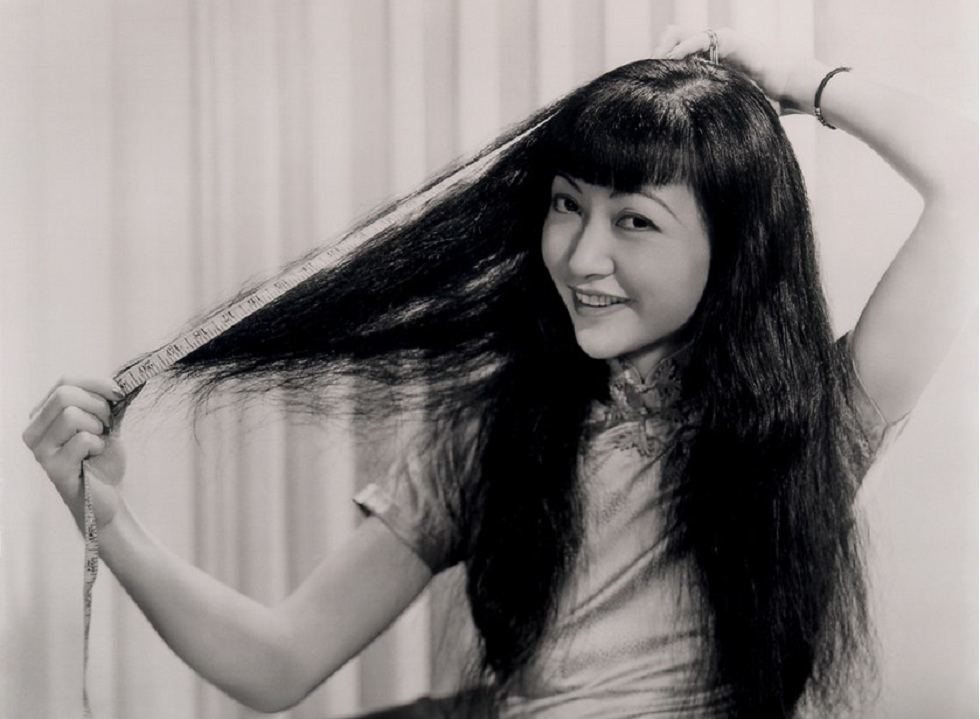 Anna May Wong is primarily known as the first Asian actress who achieved success as the “Oriental Temptress” and the queen of melodramas of the 1920s and 1930s. She became the first Asian American actress in America much before movies even had a voice. Anna May Wong can be credited for more than 80 successful films which had made her popular for more than a quarter of a century. She is also the top paid actress of her time who built a career amidst stereotypes. Despite being successful, Wong remained divided between two cultures. Not once but two times she moved to Europe to protest the stereotypical and limited roles Asians were offered in Hollywood movies. During her later trip to China, she learnt more bout her native culture and was heavily criticised for playing a degraded role of Chinese women. Many of her films were banned in China. A girl who was culturally Chinese could not see her movies released in China. Quite interesting, isn’t it? Keep reading to find more interesting and lesser-known facts on Anna May Wong.

Anna was born in 1905 in Flower Street of Los Angeles, California. She was named Wong Liu Tsong by her parents which means ‘frosted yellow willow’ in the Cantonese language. Anna belonged to third-generation Chinese American. Born in Sacramento, her father was an immigrant to California.

Anna grew with her six sisters and brothers. They lived in a small apartment run by the family’s laundry business. Since a very tender age, she was fascinated with the new world of films and began skipping school to watch movies at local theatres. When Anna was 11, she made up her mind to become a movie actress. Against all hardships, she got hired by an agent at the age of 12 who wanted 300 Chinese girls for extras in 1919 for the movie The Red Lantern. Since then, she got many side roles in movies and Anna May Wong did them without letting her parents know about it. Anna found a job as a secretary at the age of 14 but was fired after a week. She was frightened that her father would get angry. Later, she found a letter from a director’s office who offered Anna a role in his movie, Bits of Life (1921). Since her father did not like Anna’s working in films’, he would usually lock her into her room on the set.

Anna May Wong attended public school but became a target of getting bullied by other students in school. This made her father transfer Anna from public school to a Presbyterian Chinese school. This did not stop Anna from learning English and she attended Chinese language classes too.  It can be said that besides having a unique acting style, Anna was gifted with many languages. In her career, she not only learned English or Chinese but the Taishan Dialect, French and German also.

Anna May Wong personal life was as popular as her screen career during the 1930s. When she was 17, Anna had an affair with Director Tod Browning who was quite old and married. Anna’s relationship was all over the news at that time as she had affairs with white men only. Though an interracial relationship could have ended her career, she admitted openly about her affairs and that she would not marry. The Chinese American men claimed that she was too independent. Meanwhile, her sister Mary Wong committed suicide which made Anna feel low and depressed.  Anna began drinking and smoking that took a toll on her for health.

At the age of 11, Anna already came with her stage name, Anna May Wong which was made after combining her family and English names to get new-iconic moniker. When Anna was 17, she had done a few romantic movies in a lead role. She played a role in Toll of the Sea in 1923. This first-ever technicolour feature made Anna famous by playing the role of a young village girl marrying an American sailor. Anna’s name was all over the media and reporters began pouring in her apartment hoping to catch a glimpse of Anna or take a picture of her.

When Anna’s career was at its peak in the 1930s, she started working in the bigger stage of London. She was then popularly known as one of the best-dressed women in Mayfair who could mix easily with society. When asked about the reason of not getting married, Anna replied: “I have lived too broad a life to accept the Chinese attitude that treats a wife as a chattel, yet I look too different to marry outside that community.” She knew that it was against racist and anachronistic Californian laws to let Chinese women marry white men. According to a filmmaker in Los Angeles, Elaine Mae Wood, Anna May Wong was not trying to make herself portray as a dragon lady or the biggest star. She wanted to learn and move ahead of what she dreamt about. She did radio programmes, went on stage and television although it was a struggle during that time. Her motivation to become an actress was far more than anything else in the world.

In the early stages of her career, Anna struggled while balancing her stage performance and education along with one more bizarre known as St. Vitus Dance. The jerking and extreme movement made her body ache. She was forced to miss her school to stay for practice and the health deterioration contributed to leaving the school completely. Other than this, Anna was constantly threatened by stereotypical roles where she was given the role of something other than she demanded. However, she worked well with her make-up artists and costume designers to create unique characters for her. Often, she used to bring clothes back to her home to wear them later. The role played by Anna in the MGM film of Pearl S. Buck’s The Good Earth proved to be very challenging for her. The producers, though felt that she was too Chinese to play the role of a Chinese. In fact, the Chinese government had advised not to cast her in that role. Anna always wanted to play the lead role as a white Austrian woman, Lusie Rainer who won an Academy Award. Instead, what Anna was offered seemed only a few unsympathetic roles in the movie.

Although Anna May Wong was a rising star of the 1930s, her real strength was her acting talent which made her lead film industry. However, Anna had to face many denials too especially by Hollywood due to her image as a meaty role. This was somehow because of anti-miscegenation law that restricted an interracial couple kiss on-screen. Lesser number of Asian-American actors meant that Anna was refused to lead prime roles which could have been otherwise given to her if she was white. After Anna returned to the US, she got a sympathetic role in the movie before World War II. She played the role of a detective in the movie, Daughter of Shanghai and then appeared in war epics such as The Lady from Chungking and Bombs over Burma. The war at that time made Anna face additional difficulties. As more movies were cast on wars, she was less hired as an actress rather was taken as a coach to teach Caucasian actress about how to become more like Asian stars.

Anna May Wong Retirement and death

Anna was completely fed up with Hollywood systems and finally took retirement in the year 1942 at an age of 35. In 1957, she said to one of the New York Enquirer that, “I had to go into retirement for the sake of my soul. I suddenly found no more pleasure in acting. My screen work became a weary and meaningless chore—and Hollywood life a bore!” During the war, Anna made great contributions by working with United China Relief Fund along with tours made by the USO. In the 1940s and 1950s, Anna played small and occasional roles in television. She starred her own series, Mme. Liu Tsong where she played the role of an international chain of art owner and a sleuth. Seventeen years post-retirement, Anna tried to make a comeback in films. She returned as a mysterious housekeep in Lana Turner’s film in the year 1950, Portrait in Black. Before starting shooting for Flower Drum Song in 1961, Anna May Wong died suddenly due to heart attack during sleep at the age of 56. She was cremated in her mother’s grave located at Los Angeles Rosedale Cemetery.

'Nazarbattu' from Yamla Pagla Deewana Phir Se was created in an hour!