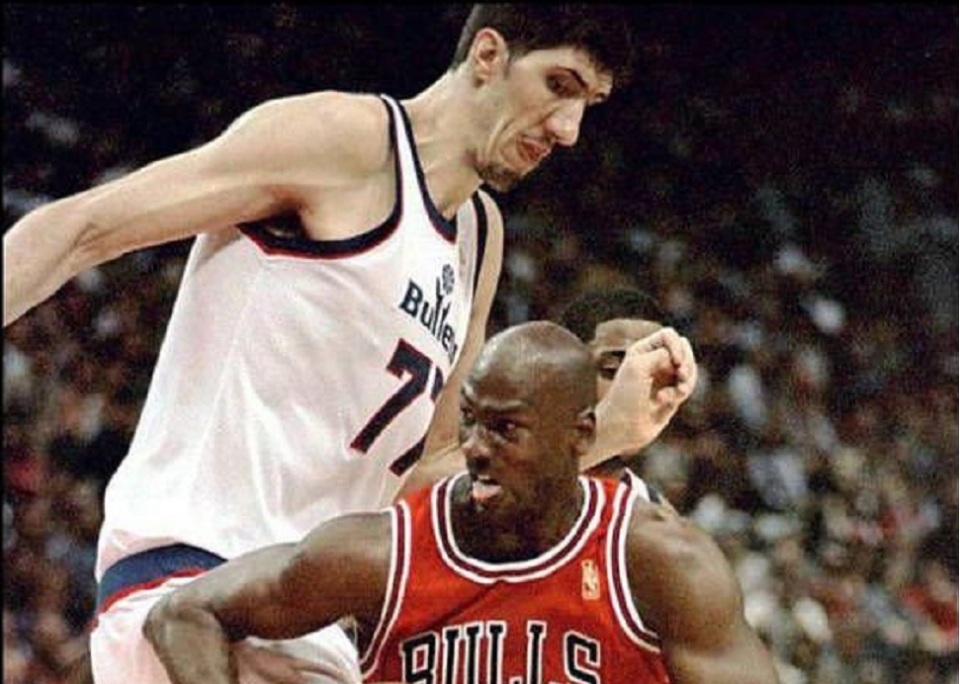 As far as sports go, Basketball is perhaps the one which places the most importance of height. A lot of Basketball is played in the air and the aim of the game is to put the ball through a hoop suspended 10 feet in the air. In a sport like that, it’s only natural that the taller a player is, the more of an advantage he/she has. There is a reason that the average NBA player is six feet seven inches tall. That’s way more than the average height of regular folks. The sport thrives on height, jumping, and physicality. Height is something that can’t be taught or worked towards, so a basketball player’s height is a great asset. Yes, there is far more to being good at basketball than being tall, you need to wok on your dribbling, shooting, and passing skills as well. None of those things are really dependent on height but if you are very short you will be at a distinct disadvantage as your shots can easily be blocked by a taller player. Also, the shorter you are, the harder it is for you to make the ball reach the basket. So height is definitely a distinct advantage that a player has. Even though a lot of basketball is played in the mind and tactics play a vital rule in ensuring victory or defeat, some of the most commonly used actions in basketball like taking a layup, dunking, or going for a rebound are made a lot easier if you are tall. However, even though the average NBA player is six feet seven inches tall the tallest NBA players are way taller than that as well. The game and the league have witnessed some true giants in history. In this post, we will be looking at the tallest NBA players in history. Without further ado, let’s get started with the giants. Note: The tallest player to ever be drafted in the NBA was the seven feet eight inches tall Yasutaka Okayama from Japan. However, he didn’t play a single NBA game and our list only has players with at least one NBA game under their belt.

Tallest NBA Players of All Time

Next on the tallest NBA player of all time, is the legendary Manute Bol. He was seven feet six inches tall but he only weighed 91 kilograms. It gave him a very skinny, stick-like appearance. His incredibly long wingspan of eight feet six inches is the longest in NBA history by far. He was from a Sudanese tribe which was filled with extraordinarily tall people. His mother was six feet 10 inches tall while his father was six feet eight inches tall. His great grandfather was even taller at seven feet 10 inches. His ethnic group, Dinka consists of some of the tallest people in the world. Oddly enough, Manute Bol grew up in a village where he couldn’t measure his height, he only measured his height when he was around 18 years old. He started his athletic career in soccer but had to quit because he was too tall for the sport. He started playing basketball for some Sudanese team until he was recruited by the University of Bridgeport to play college basketball in America. Bol was drafted 31st overall by the Washington Bullets in the 1985 NBA Draft. He played for ten seasons in the NBA and established his reputation as a great shot blocker. Till date, he is the only NBA player to have more blocked shots than points scored in his career.

Next on the list of the tallest NBA players of all time is Shawn Bradley. The center towered above most other players at seven feet six inches tall. He played one successful season of college basketball and then went on a two year hiatus from the sport on a church mission. Despite lots of questions about his ability and potential, the Philadelphia 76ers selected Shawn Bradley with the sixth pick of the 1993 NBA Draft. While he did play for 14 seasons, he never lived up to the hype and potential of a second draft pick. While he was great at blocking shots, his offensive game was mediocre and he regularly struggled with fouls. He also became famous for appearing in many “posters” because of being dunked on by so many players (that’s more a testament to his desire to contest every shot). He also famously appeared in the 1996 movie Space Jam alongside Michael Jordan, Charles Barkley, Larry Johnson, Patrick Ewing and  Muggsy Bogues.

Next on the list of the tallest NBA players ever is the legendary Chinese center Yao Ming. Drafted first overall in the 2002 NBA Draft by the Houston Rockets, the seven feet six inches tall Ming was a force to reckon with in the NBA. He constantly made All Star teams and dominated the paint till injuries derailed his career. Yao Ming has also been credited with popularizing the NBA in China. He retired in 2011. He is the tallest ever All Star and the tallest ever enshrinee into the Naismith Memorial Basketball Hall of Fame.

Next on the tallest NBA players ever list is the seven feet five inches tall Chuck Nevitt. As the picture above clearly shows, only Manute Bol could make Nevitt look normal sized. Chuck Nevitt was selected with the 63rd pick of the 1982 NBA Draft by the Houston Rockets. He played for 11 seasons but only appeared in 155 games, averaging just 1.6 points per game. He also happens to be the tallest ever NBA player to win a Championship. He won it with the Los Angeles Lakers in 1985.

Next on the tallest NBA players of all time list is the seven feet five inches tall Pavel Podkolzin. The Russian stayed with the Dallas Mavericks for two seasons but only appeared in six games. He is currently playing in the Russian Basketball Super League 1.

Next on the tallest NBA players of all time list is a player who made his professional debut in 2019. The seven feet five inches tall Tacko Fall played for four years at the University of Central Florida and declared for the NBA Draft in 2019. However, he went undrafted. Eventually, the Boston Celtics signed him as a free agent and he is currently assigned to their G League team, Maine Red Claws. His height and appearance have made him a fan favourite.

Next on the list of the tallest NBA players of all time is Sim Bhullar, a Canadian basketball player of Indian origin. He is seven feet five inches tall, but as you can see from the picture, he is quite overweight. Weighing in at a massive 163 kilograms, it was obvious that he was not going to be able to last in the NBA. He had a grand total of 16 seconds of NBA action with the Sacramento Kings. He is the first-ever Indian descent player to play in the NBA.

Next on the list of the tallest NBA players of all time is Slavko Vranes. The seven feet four inches tall Vranes played a single NBA game with the Portland Trailblazers against the Minnesota Timberwolves in 2004. He failed to score a single point and hasn’t been seen in the NBA since.

Rounding up the list of the tallest NBA players of all time is the Man Mountain Mark Eaton. The legendary seven feet four inches tall Utah Jazz big man played for 11 NBA seasons and blocked shots left and right. For his incredible contributions on the defensive end, Mark Eaton won the NBA’ Defensive Player of the Year award two times. Mark Eaton’s college career didn’t get off to the most successful of starts and he struggled to make an impact. Sensing his frustration, NBA legend Wilt Chamberlain, who frequently attended UCLA practice sessions after retiring from the NBA, took him under some basket and gave him some critical advice. Chamberlain told Eaton that he needed to focus on protecting the basket, getting rebounds, and passing the ball to quicker guards, rather than trying to compete with smaller, quicker players in scoring. Eaton has cited Chamberlain’s advice as the turning point in his basketball career. During the 1984-85 season, Mark Eaton set the record for the most blocks in a single season, and it still stands today.