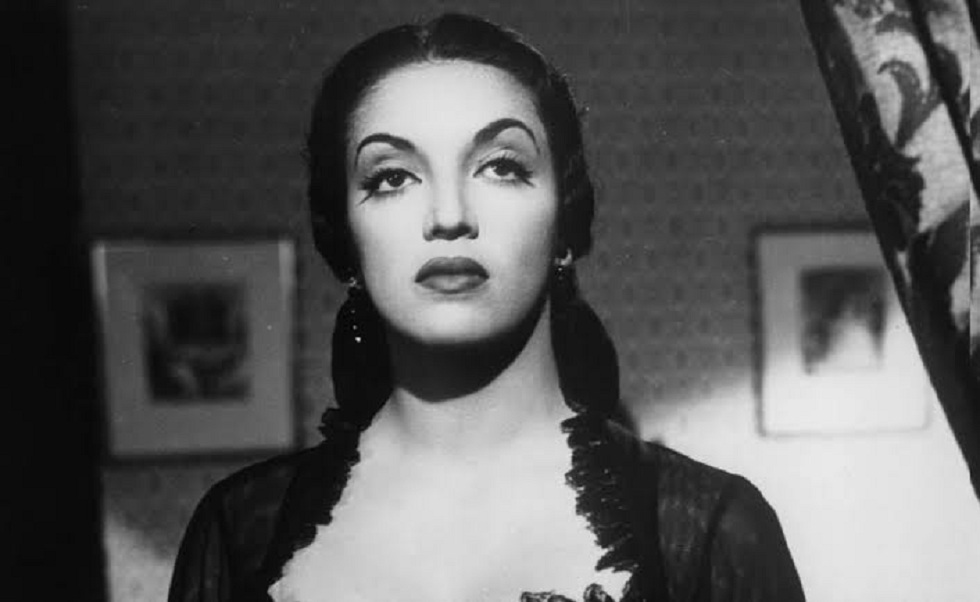 Who is Katy Jurado?

Maria Cristina Estela Marcel Jurado Garcia, famously known as Katy Jurado, was a legendary Mexican actress whose career spanned television, movies and theatre. Katy Jurado started her work in Mexican cinema during the 40s and 50s (a period known as the Golden Age of Mexican Cinema). Katy Jurado achieved a small amount of fame during that time period and she became somewhat renowned in her home country of Mexico. Katy Jurado’s stellar work in Mexican cinema led to her being discovered by American filmmakers in 1951 and she embarked on a long and successful Hollywood career. Katy Jurado became a stable presence in the classic American Western films of the 50s and the 60s. Katy Jurado’s exotic good looks and great acting helped her portray stereotypically sexualized women with complex character traits. Katy Jurado’s versatility in playing a multitude of roles cemented her status as a premier Hollywood actress and paved the way for future Mexican actresses in Hollywood. Modern day Mexican actresses like Salma Hayek and Eiza Gonzalez have Katy Jurado to thank for their Hollywood careers.

Who was the first Latin American woman to be nominated for Oscars?

Katy Jurado added more glorious accomplishments to her list by being nominated for an Academy Award in the Best Supporting actress category for her portrayal of Señora Devereaux in the 1954 classic technicolor Western flick, Broken Lance. She was the first ever Latin American woman to be nominated for the award. Prior to that, she had also become the first Latin American woman to win the Golden Globe Award for her portrayal of Helen Ramirez in the 1952 Western flick, High Noon.

Where was Katy Jurado born?

Katy Jurado also had an illustrious political cousin, Emilio Portes Gil, who was the President of Mexico between 1928 and 1930.

Katy Jurado studied in a Catholic school in Mexico City’s Guadalupe Inn area. Upon completing her schooling, Katy Jurado also studied to become a bilingual secretary. Katy Jurado’s stunning good looks were noticed by Mexican filmmakers during her teenage years and she was approached by quite a few of them. Even legendary Mexican filmmaker Emilio Fernandez, one of the shining beacons of the Golden Age of Mexican cinema, offered Katy Jurado a role in his first movie, 1941’s The Isle of Passion. Even though Katy Jurado was the goddaughter of famous Mexican actor Pedro Armendariz, her family refused to allow her to pursue acting. In 1943, Katy Jurado was offered a role by filmmaker Mauricio de la Serna for his film No mataras. As a rebellious 16 year old, Katy Jurado went ahead and signed the contract without her parents’ authorization. Katy Jurado’s parents were furious after finding out about this development and threatened to send her to a Monterrey based boarding school if she repeated this behaviour.

Who was Katy Jurado married to?

Around the time of the abovementioned incident, Katy Jurado met aspiring actor Victor Velazquez and married him almost immediately. Katy Jurado’s sudden marriage wasn’t just a result of falling head over heels in love with Velazquez, it was also a way for her to escape the hold that her parents had over her life and pursue her acting career. No mataras started a string of Mexican movies in which Katy Jurado exploited her exotic looks and eventually went on to play multiple roles in the vein of wicked and seductive femme fatales. Katy Jurado spoke about the role of her body and sexuality in her career. She said: “I knew that my body was provocative, but also that I was not beautiful, although yes, I admit, my physique was different and very sensual.”

Over the remainder of the decade, Katy Jurado appeared in 16 more films alongside legendary Mexican actors such as Pedro Infante, Sara Montiel and Pedro Armendariz. In 1953, Katy Jurado won the Ariel Award for Best Supporting Actress (Mexican version of the Academy Awards) for her role as Paloma in Luis Buñuel’s El Bruto.

Since her earnings through Mexican movies weren’t sufficient to sustain her family, Katy Jurado also worked as a radio reporter, movie columnist and a bullfight critic. She was spotted by legendary actor John Wayne and filmmaker Budd Boetticher during one of her bullfighting assignments. Impressed by her exotic beauty, Boetticher, who was a bullfighter himself, cast Katy Jurado for her first Hollywood role in the 1951 movie, Bullfighter and the Lady. She was cast alongside Gilbert Roland to play the role of Chelo Estrada. Even though Katy Jurado had studied to become a bilingual secretary, her English skills were very rudimentary and she had to learn her dialogues phonetically, in order to avoid sounding awkward. Katy Jurado’s strong performance in the movie caught the eyeballs of a lot of Hollywood filmmakers and she was eventually cast by Stanley Kramer in 1952’s classic Western High Noon alongside Gary Cooper and Grace Kelly. For that role, Katy Jurado worked hard on her English skills and took English classes for two hours every day over a timespan of two months.

Katy Jurado’s next major role was in the 1954 technicolor Western, Broken Lance. Katy Jurado got the part after the original actress cast to play the role, Dolores del Rio was denied a United States work visa because she was accused of being a communist sympathizer. Despite initial aspersions about Katy Jurado’s youth, the studio executives were sold after watching her test footage and went on to cast her.

Who is Katy Jurado’s son?

With her first husband Victor Velazquez, Katy Jurado had two children, son Victor Hugo and daughter Sandra. Victor Hugo tragically passed away in a car crash on a highway near Monterrey in 1981. This pushed Katy Jurado into depression and she abandoned her acting career for a while. Later on, Katy Jurado spoke about the situation. She said: “When my son died I was filming a movie in Mexico. He took with him half of my life. I could not mourn him as I wanted. I went to the funeral and I had to return to film the movie. Every day when I saw the camera I hated her. I dedicated to the films a wonderful time I should have given to my children, but it was too late.”

She resumed her career in 1984 with John Huston’s Under the Volcano.

When and how did Katy Jurado die?

Katy Jurado suffered from heart and lung diseases during her twilight years. On July 5th, 2002, Katy Jurado passed away because of a pulmonary disease and kidney failure at the age of 78. She died inside her house in Cuernavaca, Morenos, Mexico.

Katy Jurado has a star on the Hollywood Walk of Fame. Mexican musician Juan Gabriel wrote a song for Katy Jurado in 1998. The song was called Que re’chula es Katy (What a beauty is Katy).

On January 16th, 2018, Google celebrated the 94th birthday of Katy Jurado and released a doodle to commemorate her life and career. This is what the Google Doodle blog said about the doodle:

As a teenager, Jurado was barred from acting by her family, but she was so determined that she signed her first contract in secret. Her career began with several films produced during the Golden Age of Mexican cinema, including the successful La vida inútil de Pito Pérez (1943).

Cast in her first Hollywood film, Bullfighter and the Lady (1951), Jurado’s limited grasp of English meant she delivered her lines by memorizing the way they sounded. Despite the unconventional approach, her strong performance caught the attention of a well-known Hollywood producer, who cast her in the soon-to-be-classic Western, High Noon (1952). Jurado played the narratively-important character of Helen Ramirez so skillfully that she won a Golden Globe Award for Best Supporting Actress. Accolades for future performances would include three Silver Ariel Awards and nominations for several Academy Awards.

Off-screen, Jurado was a tenacious and spirited woman who captivated everyone around her. While she was stunningly beautiful, her portrayals transcended the stereotyped, over-sexualized roles written for Mexican women at the time. Her talent at depicting a range of characters helped to expand the parts available to Mexican and other Latina actresses in Hollywood today.

Today’s Doodle by artist Ana Ramirez pays homage to the trailblazing actress by depicting her in a powerful pose against a backdrop inspired by the set of her film High Noon – complete with roses, which symbolize Jurado’s birthplace of Guadalajara, nicknamed “the city of roses.”