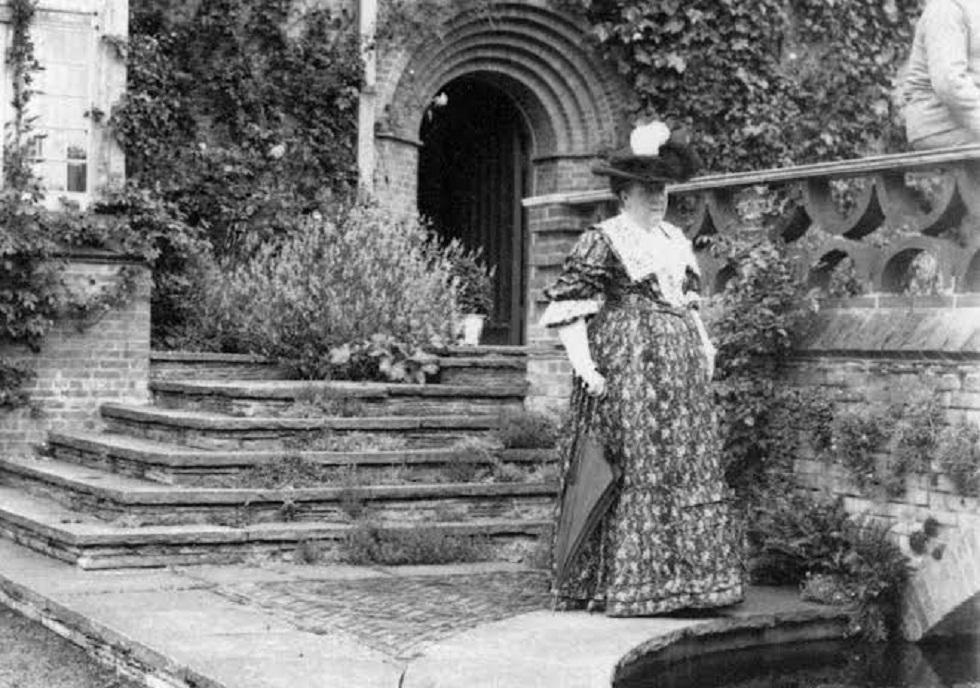 Who was Gertrude Jekyll?

Gertrude Jekyll was a legendary British horticulturist, garden designer, writer, artist, photographer and craftswoman. Over the course of her life, Gertrude Jekyll designed and created more than 400 gardens across Great Britain, Europe and the United States of America. Gertrude Jekyll wrote on an even more prolific rate and published over 1,000 articles in magazines such as The Garden and Country Life. Gertrude Jekyll is an absolute icon in the world of gardening and gardening enthusiasts worldwide have described her as “a premier influence in garden design”.

When was Gertrude Jekyll born?

Gertrude Jekyll was born on November 29th, 1843 in London’s Mayfair area on 2, Grafton Street. Gertrude Jekyll’s father was Captain Edward Joseph Hill Jekyll. an officer in the Grenadier Guards and her mother was Julia Hammersley, a housewife. Gertrude Jekyll had six siblings and she was the third youngest child among the seven. Gertrude Jekyll’s younger brother, Walter Jekyll was an Anglican priest, the Minor Canon of Worcester Cathedral and Chaplain of Malta. Walter Jekyll was friends with famous Scottish novelist Robert Louis Stevenson (of Treasure Island, Kidnapped, Strange Case of Dr. Jekyll and Mr. Hyde and A Child’s Garden of Verses fame). As a matter of fact, Robert Louis Stevenson borrowed the Jekyll family name to use for a character of his now legendary novella, Strange Case of Dr. Jekyll and Mr. Hyde. That novella’s title has gone on to become a phrase to represent split personality disorder.

Where did Gertrude Jekyll live?

What was Gertrude Jekyll famous for?

Gertrude Jekyll formed one of the most historically influential and legendary partnerships in the history of the Arts and Crafts movement with fabled English architect, Edwin Lutyens. Lutyens is considered to be the greatest British architect of all time and he designed many war memorials, public buildings and English country houses all over the erstwhile British Empire. Perhaps the most significant and remarkable work of Edwin Lutyens was the design and creation of modern India’s capital, New Delhi. He designed famous New Delhi buildings such as India Gate, Rashtrapati Bhavan (formerly known as the Viceroy’s House) and Hyderabad House. He also designed Drewsteington’s revivalist Castle Drogo.

Gertrude Jekyll’s artistic talents were evident from a very young age and she received formal training in art as a result. Gertrude Jekyll is fondly remembered for her stunning designs and a very artistic, almost painter-like approach to garden creation and design. Gertrude Jekyll’s “hardy flower borders” are also remembered very fondly by people. Gertrude Jekyll’s work is well renowned for its radiant and vibrant colours and the way her plantings were arranged in stunning, brush-like strokes. A few analysts of Gertrude Jekyll’s work have suggested that her deteriorating eyesight, which had ended her career as a painter earlier, might have been the reason behind her impressionist-style garden arrangements.

Gertrude Jekyll’s artistic background made her one of the world’s first garden designers to consider the textures, colours and experience of gardens as important parts of her design. Gertrude Jekyll designed her gardens with colour based on her knowledge of the colour wheel, the artistic movement of Impressionism and the works of famous English Romantic painter J.M.W. Turner.

The seeds of Gertrude Jekyll’s interest in gardening were sown during her time at the South Kensington School of Art. It was here, where Gertrude Jekyll became extremely interested in the creative aspect of planting and gardening. Gertrude Jekyll also designed a garden in her childhood village of Bramley in Surrey. The garden was located in Snowdenham Lane and it was called Millmead.

Gertrude Jekyll didn’t want to limit her knowledge and influence to the field of gardening only. She published books like Colour Schemes for the Flower Garden and talked about the usage and arrangement of ‘warm’ and ‘cool’ coloured flowers in gardens. In order to allow people to display plants inside houses as well, Gertrude Jekyll designed her own series of glass flower vases, which displayed the plants in all their glory.

What type of rose is Gertrude Jekyll?

This is a type of English shrub rose which has been voted the nation’s favourite rose on two occasions. The rose, named after Gertrude Jekyll herself, is well renowned for having a quintessential Old Rose scent. It’s petals are usually of an eye-catching pink colour and usually manifest themselves in clear, spiral pattern. The Gertrude Jekyll rose blooms all over England throughout the summer months.

Where is Gertrude Jekyll buried?

After a long and fruitful life, where she re-designed and re-imagined the art of gardening, infusing elements of her artistic influences into wonderful plant arrangements all over the world, Gertrude Jekyll passed away on December 8th, 1932 at her Munstead Wood home. She was 89 years old. Gertrude Jekyll was buried within Busbridge Church’s churchyard. The church was known as St. John the Baptist, Busbridge, at one point of time. Gertrude Jekyll has been laid to rest next to her brother Herbert Jekyll and his philanthropist, artist, writer wife Agnes Jekyll. The entire setup was designed by Gertrude Jekyll’s long time partner and friend, Edwin Lutyens.

On the occasion of Gertrude Jekyll’s 174th birthday on November 29th, 2017, Google released a doodle to honour her. This is what the Google Doodle blog said:

“If not for legendary horticulturist and garden designer Gertrude Jekyll, the world might be a much drabber place. Born in London on this day in 1843, Jekyll spent most of her life in Surrey, England, on her family’s estate, Munstead House. Later, she moved into her own house, Munstead Wood, where she planted one of her most enchanting gardens.

A woman of innumerable talents, Jekyll was also an accomplished musician, composer, woodworker, metalworker, and botanist. Her foundation as a budding artist greatly influenced her breathtaking creations. As a student, she took inspiration from the landscapes of English Romantic painter J.M.W. Turner, capturing the seasons, the light, the textures, and the hues of every growing thing on her canvases. Jekyll brought that painterly sensibility to her life’s work, designing about 400 gardens in the United Kingdom, Europe, and the U.S., which were documented in photographs, over a dozen books, and thousands of magazine articles.

Today’s Doodle was created by British artist Ben Giles. Giles unites the hot and cool colors the horticulturist favored to create a lush and brilliant garden collage. From the corner of the illustration, Jekyll watches her garden grow.