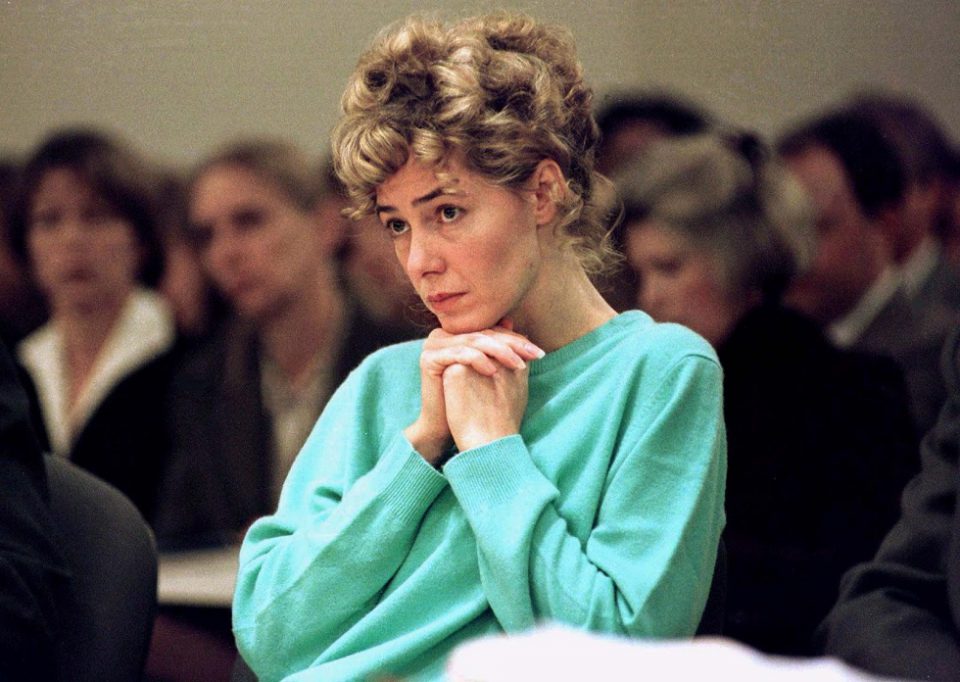 Mary Kay Letourneau is a former American school teacher and a convicted felon. She is infamous for pleading guilty to two counts of second-degree rape of a minor in 1997. The minor in question was her sixth grade student Vili Fualaau. He was around 12 years old at the time of the crime. Mary Kay Letourneau became pregnant as a result of her sexual encounters with Fualaau and gave birth to his child while awaiting her sentencing hearing. The state sought a minimum of six and half years of imprisonment for Letourneau but she eventually managed to reach a plea bargain which allowed her to just spend three months in jail, provided that she never resumed any contact with Fualaau, among other terms and conditions. Soon after she served her three month term, she was caught in a car with Fualaau. Her plea agreement was revoked and she was sentenced to a maximum seven and a half years in prison. She gave birth to Fualaau’s second child eight months after re-entering prison. She was incarcerated from 1998 to 2004. After her release, Vili Fualaau and Mary Kay Letourneau got married in May 2005 and stayed married for the next 14 years.

How did Mary Kay Letourneau get caught?

Born June 26, 1983, Vili Fualaau, a Samoan-American, was Letourneau’s student in both his second-grade and sixth-grade classes at Shorewood Elementary. When she was 34, in the summer of 1996, her relationship with the 12 or 13-year-old Fualaau turned from platonic to sexual. On June 18, 1996, police came upon Letourneau in a car with Fualaau in a marina parking lot. She was seen jumping into the front seat while Fualaau pretended to sleep in the back. She and Fualaau provided false names when asked for identification and Letourneau lied about his age, saying that he was 18. Fualaau said that no touching had taken place. Letourneau said she and her husband had gotten into an argument, and that Fualaau, who she said was a family friend who had been staying with them that night, witnessed the argument and ran away upset. She said she left to find him. Letourneau and Fualaau were taken to the police station, where Fualaau’s mother was called. The mother was asked what should be done, and said to return Fualaau to Letourneau. She later said that if the police had alerted her to the fact that Letourneau had lied about Fualaau’s age and what had occurred in the car, she would not have allowed her son to go back to Letourneau. Letourneau was arrested in March 1997 after a relative of her husband contacted the police.

What happened to Mary Kay Letourneau?

With more than 100 journalists observing, Letourneau pleaded guilty to two counts of second-degree child rape. Her first child with Fualaau, a daughter, was born in May 1997 while she was awaiting sentencing. The state sought to sentence her to six-and-a-half years in prison. Through a plea agreement, her sentence was reduced to six months (three of which were suspended) in the county jail and three years of sex offender treatment. She was not required initially to register as a sex offender. As part of her plea agreement, Letourneau could not contact Fualaau or her five children, or have contact with any other minors. She became the subject of an international tabloid scandal, was targeted by delusional strangers, and experienced symptoms of degraded mental health.

How did Mary Kay Letourneau get caught again?

On February 3, 1998, two weeks after completing her jail sentence, Letourneau was found by police in a car with Fualaau near her home. Letourneau initially said she was alone in the car. She and Fualaau provided false names when asked for identification. Although it was reported that sexual intercourse had occurred in the car, Fualaau told a detective that he and Letourneau had kissed frequently and that he had touched Letourneau on the thigh, but that no sexual intercourse had occurred. There was evidence the two had met several times since Letourneau’s release from jail on January 2nd. When she was arrested, police found $6,200 in cash, baby clothes, and her passport inside the car. Receipts for $850 in purchases made since January 20th for men’s and young men’s clothing and infant wear were found. Letourneau said that the money was for dermatology treatments and for her divorce lawyer, and that some of the men’s clothing were gifts for relatives and for herself since she enjoyed wearing oversized men’s clothing. With more than 125 journalists observing, the judge revoked Letourneau’s prior plea agreement and re-instated the original prison sentence for the maximum penalty allowed by law, seven and a half years, for violating the agreement. In interviews and in a book on her involvement with Fualaau, Letourneau said she had sex with Fualaau in January. This aligned with testimony from police, who said they had seen no evidence that sex had occurred in the car in February. Letourneau served her sentence in the Washington Corrections Center for Women.

In October 1998, while serving her second stint in jail, Letourneau gave birth to her second daughter by Fualaau. That year, Letourneau and Fualaau co-authored a book, which was published in France, called Only One Crime, Love (French: Un seul crime, l’amour). In 1999 a second book appeared, this one published in the United States, but written with only minimal cooperation from her, and none from Fualaau: If Loving You Is Wrong. During her imprisonment, Letourneau was allowed visits from her children but was denied permission to attend her father’s funeral. While in prison Letourneau tutored fellow inmates, created audio books for blind readers, participated in the prison choir and “rarely missed Mass.” Because of her notoriety, Letourneau was unpopular with other inmates, “sassed guards and balked at work” and, reportedly as punishment for this, spent “18 of her first 24 months” in solitary confinement. In one instance, Letourneau endured six months in solitary when letters she tried to send to Fualaau were intercepted.

How did Mary Kay Letourneau marry her student?

Mary Kay Letourneau (left) on her wedding day with her husband, daughters and mother in law

Letourneau was released to a community placement program on August 4th, 2004, and registered the following day with the King County Sheriff’s Office as a Level 2 sex offender.

Following Letourneau’s release, Fualaau, then age 21, persuaded the court to reverse the no-contact order against her. Letourneau and Fualaau married on May 20, 2005, in the city of Woodinville, Washington, in a ceremony at the Columbia Winery. Exclusive access to the wedding was given to the television show Entertainment Tonight, and photographs were released through other media outlets. Letourneau planned to have another child and resume teaching. She said that she was permitted by law to teach at private schools and community colleges.

Attorney Anne Bremner, who met Letourneau in 2002 during Fualaau’s civil suit, said that Letourneau considered her relationship with Fualaau to be “eternal and endless”. According to Bremner, “Nothing could have kept the two of them apart.” During an Inside Edition interview, Fualaau said, “I’m not a victim. I’m not ashamed of being a father. I’m not ashamed of being in love with Mary Kay.” The television series Barbara Walters Presents American Scandals covered the case in December 2015. Walters interviewed the couple about their relationship and their two daughters.

How old is Mary Kay Letourneau?

What happened to Vili and Mary Kay?

On May 9, 2017, after almost 12 years of marriage, Vili Fualaau filed for separation from Mary Kay Letourneau but later withdrew the filing. However, the relationship began to deteriorate and gradually reached the point of no return. As per reports, before splitting up officially, the couple had lost a lot of their intimacy. The 36 year old Fualaau and the 58 year old Letourneau had started sleeping in separate rooms. The couple still loved each other but all the intimacy had vanished. The couple officially divorced in August 2019. While they are actively involved in the lives of their daughters, Mary Kay Letourneau is looking at a life as a single woman who is almost 60 years old. It’s not what she wanted, but this time, the relationship is really over.

How To Cope With Workplace Stress