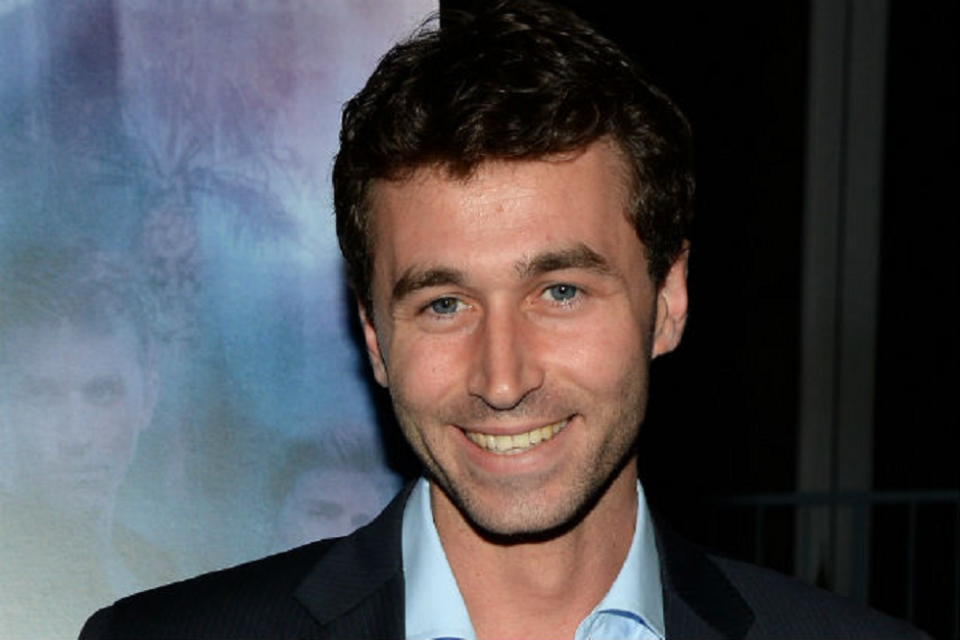 Why is he called James Deen?

His real name is Bryan Matthew Sevilla. And Sevilla’s paternal grandfather, Stanley Sevilla, was born in Ohio, to Dienna and Isadore Sevilla, who were Sephardi Jewish immigrants from Istanbul, Turkey. James’s paternal grandmother, Lois Howell, had English, Scottish, and German ancestry. Lois was also born in Ohio, to Thomas William Howell and Ruth Mary Hirst. Lois’s own mother (James’s great-grandmother) was a white woman who was born in South Africa, to American parents. James’s mother’s family is Ashkenazi Jewish.

He had sex in public to gain 6 inches of confidence:

Either way, Stoya’s statements started an avalanche of other rape allegations that followed.

Ashley said she hoped speaking out about the moment Deen allegedly ‘nearly raped’ her in 2015 would spur positive change in the adult entertainment industry and create better, safer working environments for other performers. But Fires revealed that she experienced the complete opposite effect, leaving her ostracized, taunted and even bullied by her colleagues – some of whom she’d worked with for years. So far her story sounded similar to Stoyas.

Ashley went into more details saying that she had been getting out of a communal shower after a shoot at Kink, in San Francisco, when she had reached for her towel to dry off and felt Deen come up from behind her, and push ‘himself and his erection into my butt.’

‘He pushes me against the sink and starts grabbing on me and I was like, “No, no, no James, no,” and he released me from his grasp, and says, “You know, later if you want to f*** around I’m in room whatever-it-was,’ Fires continued.

‘I didn’t even know this guy, he was so out of line and entitled with my body.’

Fires would be one of the first three women to accuse Deen of sexual assault, an allegation that soon consumed her identity and negatively impacted her career. In the wake of her allegations, Fires said she felt as if she couldn’t return to set. Though at the peak of her career, she didn’t want to – or couldn’t – bring herself to perform. She felt as if she so desperately needed to spend time away from being in front of the camera that she sought out jobs behind it, producing and directing.

‘[Deen said] “Okay, can you just say something else? Say that I remind you of your brother,” is what he says — his advice to me — to tell people why I won’t work with him instead of the truth,’ Fires recounted.

“In light of the recent accusations against James Deen, Evil Angel today has decided not to sell any newly created scenes featuring Deen,” John Stagliano, the company’s founder and president, told BuzzFeed News. “While our company presents what is consensual and exploratory about aggressive and rough sex, these accusations are of a nature so contrary to our company values that we feel it necessary to suspend the sales until more information is available.”

He acted in Diminuendo, a non-pornographic film by the deceased director Richard Hatch

Diminuendo was shot in 2018 and had its world premiere at the Sarasota Film Festival on April 20, 2018. We can assume for a fact that Deen attended as he was acting in the movie along with Chloe Dykstra, Leah Cairns, Walter Koenig, Gigi Edgley.

The movie is a drama film directed by Adrian Stewart and written by Sarah Goldberger and Bryn Pryor. Set in the near future, the film stars the recently deceased actor Richard Hatch as a director who becomes obsessed with a lifelike robot that replicates his girlfriend who killed herself nine years earlier. James Deen played the role of Richard Ballantyne, a callous, egotistical, emotionally-abusive movie star.

Here is a review of the film:

In short: If you liked Eternal Sunshine of the Spotless Mind (2004) chances are more than good that you will like this one. It’s simply a well crafted low budget movie. There are usually less than a handful of these done every year, this is indeed one of those. And even though it contains clichés, it does have originality.

4 Unusual Sports You Can Bet On