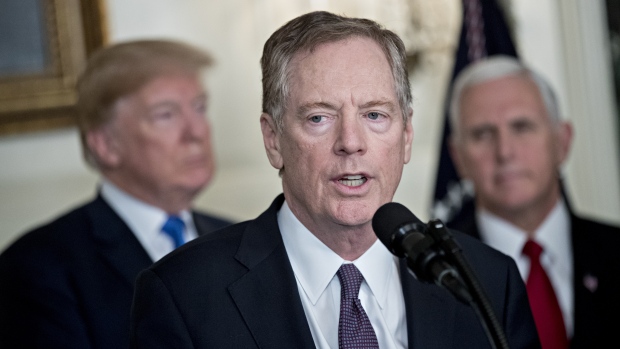 A year ago the officials from the United States, Mexico, and Canada met regarding the negotiations on the North American Free Trade Agreement (NAFTA). It was then when the officials declared that it would be a tough road to travel. It was only a few who anticipated the current state of the affairs.

The latest update on Nafta Agreement!

According to the recent news, a slight wedge has been drawn between the US and Canada. It was quite unexpected as these two countries have been strong allies on both economic and political parts. This was not it, even more, unexpected news came out regarding the strengthening bond between the US and Mexico. Mexico is the same country that Trump earlier accused of stealing American manufacturing jobs.
This Friday, the US, and Mexico grew a bit close to agreeing on the matter of deciding how to revise the 24-year-old Nafta deal. Unexpectedly, Canada, Mr.Trumps’s favorite foils in his fight over global trade.
During the cabinet meeting this Thursday, Mr. Trump stated that we are not negotiating with Canada right now as their tariffs are too high and their barriers are too strong. In light of this event, the negotiators from all the three countries have reflected no concern and are presenting the situation to be normal.

What are the negotiators saying about this?

Negotiators from all the three countries said that the US and Mexico are presently focused on working out their differences including the relation to the agriculture and automobile industries. Canada mentioned that it would return back in the conversation once the matter between both Mexico and the US are resolved. As per the Canadian spokesman, the country’s US ambassador team were in continuous touch with the counterparts and have decided to continue the discussion in the coming weeks.

What are the US and Mexico discussing?

As per the news, three consecutive meetings have been held between both Mexico and the US increasing the concern of Canada. As per the reports, Canada seems to be worried about the current situation and is moving more aggresssively to offer more concessions in the Nafta talks.