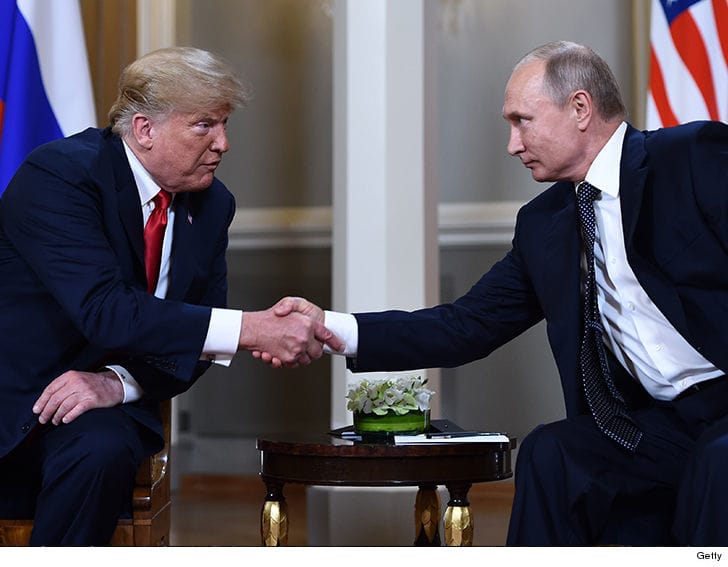 President Donald Trump’s recent tweet read as follows -“Our relationship with Russia has NEVER been worse thanks to many years of U.S. foolishness and stupidity and now, the Rigged Witch Hunt!” The veracity of that statement was confirmed by the official Twitter account of the Ministry of Foreign Affairs of Russia, which retweeted Trump’s tweet along with the words: “We agree.”

This is in accordance to the recent joint summit held in Finland, where President Trump of USA shared the stage with President Putin of Russia. In the joint press conference with Putin, Trump clearly refused to publicly condemn Russian interference in the 2016 election or warn against future meddling.  President Trump made it abundantly clear at Monday’s news conference with Vladimir Putin that Americans have no business thinking Russia interfered with their election. 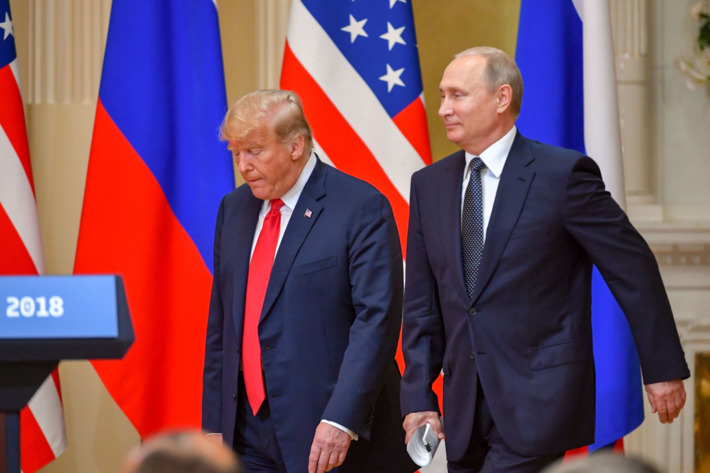 At the joint appearance in Finland with Putin, Trump repeated the Russian leader’s denials about involvement in the election.

“He just said it’s not Russia,” Trump said of Putin. “I will say this: I don’t see any reason why it would be.”

The statement has attracted massive criticism from Americans, even going to the extent of calling his act a subject of treason. 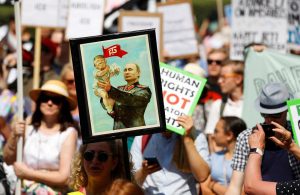 “I never thought I would see the day when our American President would stand on the stage with the Russian President and place blame on the United States for Russian aggression,” tweeted Sen. Jeff Flake, R-Ariz. “This is shameful.”

Even Trump’s ally Sen. Lindsey Graham of South Carolina called the summit a “missed opportunity by President Trump to firmly hold Russia accountable for 2016 meddling and deliver a strong warning regarding future elections.”

Sen. Ben Sasse, R-Neb., called it “bizarre” and “flat-out wrong” for Trump to suggest that both the U.S. and Russia are to blame for the deteriorated state of the two countries’ relationship. 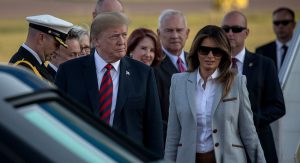 Former intelligence chiefs who served under President Barack Obama were also quite vocal of their criticism of his remarks. John Brennan, who served as CIA director between 2013 and January 2017, called the president’s comments “treasonous.”

“Donald Trump’s press conference performance in Helsinki rises to & exceeds the threshold of ‘high crimes & misdemeanors.’ It was nothing short of treasonous. Not only were Trump’s comments imbecilic, he is wholly in the pocket of Putin. Republican Patriots: Where are you???” Brennan tweeted.

James Clapper, who was director of national intelligence under Obama between 2010 and 2017, described Trump remarks as “truly unbelievable.“

“On the world stage in front of the entire globe the president of the United States essentially capitulated and seems intimidated by Vladimir Putin,” Clapper told CNN. “It was amazing and very, very disturbing.” Clapper described Putin as an “arch enemy of the United States” who seeks to undermine its democracy and elections. “He has got to be celebrating on the way home to Moscow.” 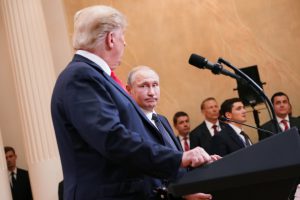 Sen. Mark Warner of Virginia, the ranking Democrat on the Senate Intelligence Committee, tweeted, “For the President to side with Putin over his own intelligence officials and blame the United States for Russia’s attack on our democracy is a complete disgrace.”

Sen. Chuck Schumer, D-N.Y., says “Never in the history of the country has a president supported an American adversary the way Trump supported Putin. For the president of the United States to side with President Putin against American law enforcement, American defense officials, and American intelligence agencies is thoughtless, dangerous, and weak.”

U.S. Rep. Jan Schakowsky, a chief deputy whip for the party, wrote in a statement: “The President of the United States today publicly denigrated the U.S. intelligence community while praising one of the most adversarial foreign leaders in the world. This goes beyond incompetence and it borders on treason.”

President Donald Trump has clearly casted doubt on the conclusion of U.S. intelligence agencies that Russia interfered in the 2016 presidential election. This might have major repercussions in the governance of America, considering the massive unrest within American senators and lawmakers.

Actress Rita Bhaduri passes away at 62

I am an avid writer, blogger, travel enthusiast and a full-time nature lover. Writing and travelling define the two major passions of my life. I participate actively in voluntary social services and detest discrimination in any form. I believe in a bold and honest flair for writing and keep penning my thoughts in my personal blog - "Unleashed Thoughts".