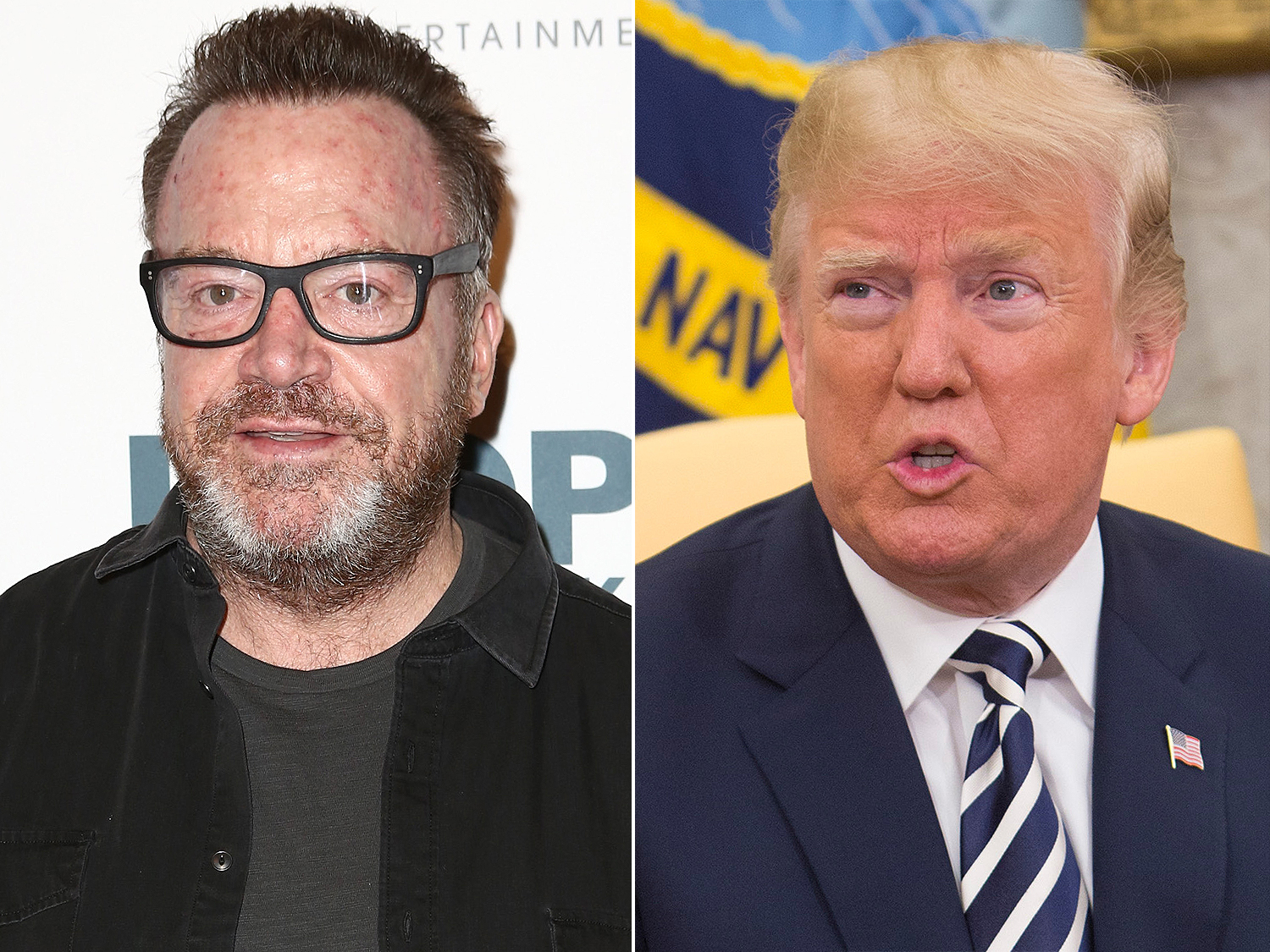 Tom Arnold seemed visibly unnerved when he took the stage and did not refrain from constantly criticising President Trump, while promoting his upcoming series, “The Hunt for the Trump Tapes with Tom Arnold.” This series is labelled as an attempted Trump take-down series. He did not hold back at all with his harsh criticism on President Donald Trump.

In the series, the actor-comedian conducts an earnest search for incriminating audio and visual evidence of the president’s misdeeds. The reporter present in the press meet, asked just one question before Arnold started in on Trump with a diatribe that gradually escalated into an impassioned rant.

The question posed was basically: Even if you find an incriminating tape about Trump will it really matter to the 40 percent of the country that seems to like Trump no matter what he does?

“I don’t give a s–t about the 40 percent,” he said to a furore of applause from the press. “I’m going to do this until he resides. He’s a crazy person. He’s putting our country at the precipice of a war — literally right now … There are things that are going on right now that affect our world, that are scary. I’m in a position to do something and it is working. I’m going to continue to do this until that guy resides and the world is a little bit safer. It is going to happen. If you pay attention to the news now, since Helsinki, big things are breaking, and its putting more pressure on him, and he’s acting even crazier. And were getting closer and closer to him saying, ‘I’m quitting on my terms.’ And that is going to happen. His 40 percent? F— them.”

The 59-year-old called Donald Trump “a racist” and labeled him “that knucklehead” as he fumed over those that stand by the president declaring “f— them.”

Arnold is on a mission to obtain tapes featuring the outtakes and hours of footage from Trump’s “Apprentice” days.

“Donald Trump – I’m going to do this until he resigns. He is a crazy person. He is putting our country on the precipice of a war. I am working on this show right now with people who are much more talented and much more connected than I am… I am, for some reason, in a position to do something, and it’s working.”

The eight-episode series follows Arnold as he searches for rumoured recordings of President Trump that are said to be potentially damaging. For the show, the comedian also met with stars Arnold Schwarzenegger, Penn Jillette, Judd Apatow, and Rosie O’Donnell, as well as, former White House Communications Director, Anthony Scaramucci.

He further stated, “I am going to continue to do this until that guy resigns and the world is a little bit safer and it happens.”

During an impassioned rant, Arnold claimed that Trump has used the N-word and is “obviously a racist,” adding that the president’s take on the NFL is because “he doesn’t like black guys.”

“I think white people are p—ies because it’s always about making them feel better. When [ex-wife] Roseanne [Barr] did the thing with Valerie Jarrett, I was just like ‘wait, whoa, that is racist. And there are black kids that have to deal with that every single day.’ I think because of Trump, one good thing is it’s time to F that. Fifty percent of the country knows he’s racist… Black people know he’s racist. I know he’s racist.”

A major chunk of Arnold’s anger was directed at “Apprentice” showrunner Mark Burnett, who he noted has successful series such as “Shark Tank” and “The Bible” under his belt.

“I am going to keep hammering Mark Burnett until he shows America [the tapes],” he spewed. “He sits next to Donald Trump and gives him cover and he never says one word. People are at the border. They are getting their kids snatched from them. It’s cruel… and Mark Burnett says he’s a Christian.”

Arnold said he watched Burnett’s highly successful series “The Bible” while he was in rehab.

The Apprentice executive producer Mark Burnett, has always publicly supported Trump. Burnett has rejected calls to release any outtakes of his former reality show star that supposedly show Trump in a negative light.

“I love Mark Burnett, by the way, his buddy who sits at the prayer breakfast with him, that created this guy, this fake, that people in Iowa — where I’m from — think is this genius businessman from TV,” Arnold said. “I’d like him to stand up and say, ‘actually, we had to cut out all the lies and sexual harassment and the insanity and the incompetence, we had to cut all that out.’ That’s the tape I want. One 12-hour day of Trump Tower in that boardroom. That’s what I want. I want to show America that. I’m going to keep hammering Mark Burnett until he shows America that because he’s got $500 million. He’s got a show called Shark Tank. He’s got a singing show [The Voice]. And he sits next to Donald Trump and gives him cover and never says one word. People are at the border are getting their kids snatched from them and it’s cruel.”

Arnold, with the tone of his his voice rising, continued: “Mark Burnett says he’s a Christian? And he lets that man do all this bulls–t, and he’s in this town, and he’s making money, and he let a sexual harasser work on his show? Four times producers [of The Apprentice] pulled [Trump] out and said, ‘you can’t do that.’ That’s something you’re going to see on my f–king show! Mark Burnett could go on one of those Jesus channels and say, ‘People, calm down,’ and say Donald Trump is not from Jesus. He could say one thing to calm these people now. These people are so racist and crazy.” 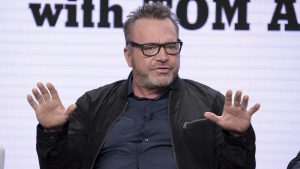 On the subject of the NFL player kneeling controversy, Arnold slammed, “This guy who’s obviously a racist … here he is going off on the NFL. Donald Trump doesn’t give a s–t about America, he just hates black guys.”

“Have you ever known anyone to complain as much as he does that has everything? And by the way, the Hillary Clinton thing, when did it become OK to bully a 70-year-old woman all the time who lost the election?”

He claimed he’s seen incriminating videos of the president.

“I’ve seen this ‘Apprentice’ outtakes reel,” he insisted. “I’ve seen this before. I didn’t think Donald Trump was going to be president when I saw it.”

The actor and comedian said if he is able to obtain the tape of outtakes, he won’t wait for the show to air to release it.

Tom Arnold definitely acknowledged that he’s had a past relationship with Trump. In the trailer for the series, he states, “I’ve known Donald Trump for nearly 30 years. He’s the same kind of old-school dumbass that I am, but I don’t think I should be president.”

“We went to the Playboy mansion together once. I wasn’t the creepy guy,” he joked. “I did some business with him.”

When asked by reporters why he thinks his ex-wife Barr is such an avid supporter of the president, Arnold refused to speculate.

The Hunt for the Trump Tapes with Tom Arnold is scheduled to premiere on September 18.