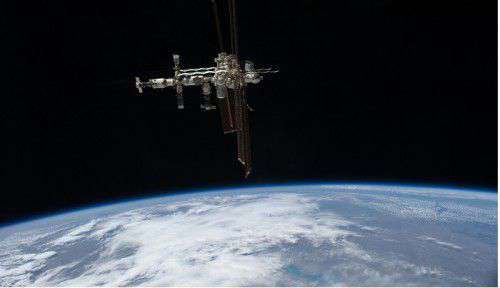 Very soon world will have a much clear view about Earth’s melting ice and the expanding sea level, this will be possible with the help of newly launched satellite by NASA.
This Satellite is in shape of a smart car that will point six lasers at different sheets of ice of the Arctic and Antarctica. The calculation will be made through the time taken by the lasers to bounce back. By this NASA will have more accurate measurement of the heights of the sheets of ice and the remaining thickness of sea ice.
The melting ice of Antarctica and Greenland has resulted in the increase of sea level, which is greater than a millimeter per/year. NASA believes that the way sea level is rising, it will be several meters higher by the end of the century.
The name of the Satellite is IceSat-2, which was launched on Saturday. This Satellite has replaced the original one that was out of the commission since 2009.
Since 2009, NASA was using planes to get more accurate measurements of melting ice in terms of the month per year in the Antarctica and Arctic. That covers less ground but helps NASA to get the fastest measurements of the sea ice and ice sheets.
The satellite will be able to find the accurate ice loss beyond the measurement done by NASA before. This new satellite will provide complete measurement and coverage within a centimeter.
As said by Neumann, the IceSat-2 will collect around 5000 measurements in the time someone blinks his or her eye, can be said as half of a second.
The data collected from this satellite will help in geological surveys and will also help navy to look about the changes affecting shipping channels as ice melt may also lead to new routes through the Arctic that will reduce shipping timings.
Public interests and private companies have already announced their own plans for these climate-related satellites.
Collaboration between the Harvard University and Environmental Defense Fund is expecting to launch in 2021, which will help in pinpointing the methane leaks from gas and oil operations.
The chief scientist of Environmental Defense Fund, Steven Hamburg said that they could build a satellite cheaper and faster than the government’s satellite. EDF have found in the researches that the gas and oil companies have 60% more leak in the US than the regulated estimate. GHGSat is a private company who is also looking to launch a satellite that can measure greenhouse gases soon.