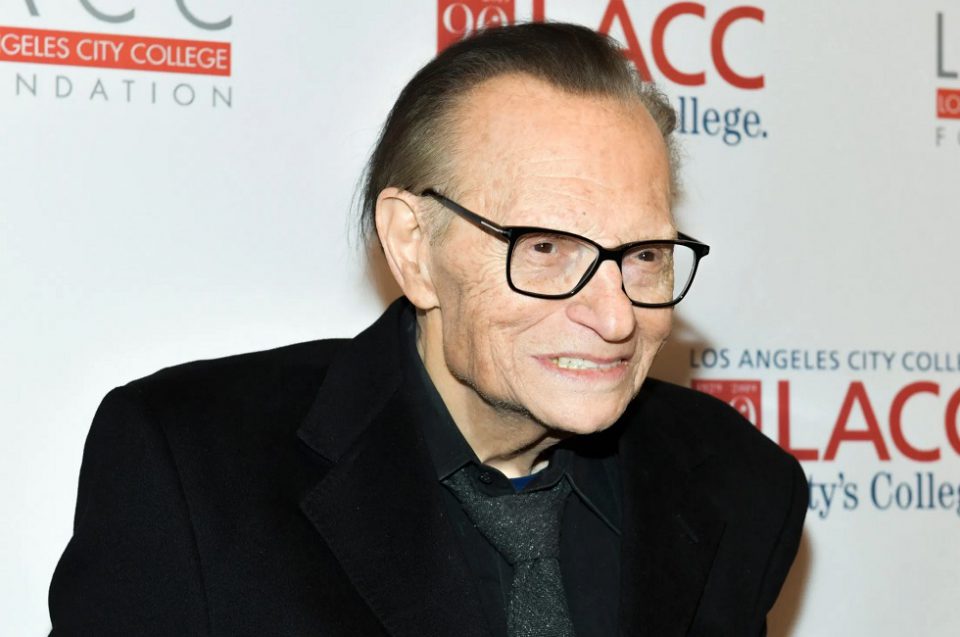 Is there anyone here reading this blog and has no idea who Larry King was? Please let me know in the comments section. Moreover, I do not think that I would be seeing any such comments. Most of you already know who Larry was and if not then you would have at least seen him on screen at any point of your lives. This blog is for those people only who know that they have seen or listened to this man at some point of their lives but do not exactly know who he was, what he did, why was he so famous and most importantly how did he pass away on the morning of 23rd January 2021, at the age of 87.

The king of talk – shows, the face of CNN, from Presidents to professional Athletes, from music royalty to actual royalty, from movie stars to murderers, from Heads of state to captains of industry, no one captured Pop culture like Larry King did on his iconic show. Larry King made news, broke news and broke ground. He was the guy who brought Jordan’s king Hussain, Israeli Prime Minister Yitzhak Rabin and PLO (Palestine Liberation Organisation) Chairman Yasser Arafat on television together and talked about peace in the Middle East. Not bad for a Jewish boy from Brooklyn. Larry King was a towering personality in the world of television and radio. For more than 50 years on television and radio, the famous and the infamous, they all opened up to Larry King. As he once said, his number one motto was, “I never learned anything when I was talking.”

Born in Brooklyn in 1933, his father died when he was 9 and a half. Young Larry Zeiger dreamed of a career in radio. He chose the name “King” from a liquor store ad after moving to Miami in search of his big break. And yeah, he was only 22, when he got his big break. In an interview with Conan O’Brien, Larry said, “I was born with the name Lawrence Harvey Zeiger Z – E – I – G – E – R and I got the name King in a funny way. My first day on the radio that I have dreamed all my life, I never wanted to be anything else but a broadcaster. And finally I got hired in a small station in Miami beach, finally my dreams came true and I got a job. I was going to start Monday morning as a disc jockey and all weekend I was nervous and I was practicing and it was quarter nine. It was a small radio station, the general manager calls me and he asks if I was ready and I said yes I am ready, he says this is your big day, you are starting radio so what name are you going to use? I said Larry Zeiger. He said you can not use that. I asked why. He said that it was ethnic, people would not know how to spell it and so they would not remember it. I got nervous at this point, I had no idea of what to say. He had the Miami Herald open, there was an ad for King’s Wholesale Liquors.” That is it this is how Larry found his last name. Yeah, his boss named him after the sale on booze and the fame that that name brought with itself, never gave chance to Larry of changing it. That is who Larry was, a man who lived in the moment.

Larry got arrested in 1971 on the charges of grand larceny, though he got acquitted and returned to radio, eventually broadcasting his call – in show “Larry King Live” nationwide. In 1985 Ted turner lured him to a very young television channel known as CNN. Larry King as we all know was a legend always. His charisma turned him into CNN’s biggest asset, reaching a whopping number of more than a million people each night at that time. His 1993, Larry’s NAFTA (North American Free Trade Agreement) debate was viewed by 11 million people, setting a new record for any cable broadcasting network in the world. Larry said his secret was not to over – prepare. He once said in an interview, “What I worry about is a time where I think I know too much. The day I go into the studio saying I have asked all the questions and I have heard all the answers is the day I am going to quit.” Not so surprisingly, Larry never quit. Larry King also bragged that he never read any single book that his guests ever promoted.

A time came in 2010, when under the reason of “faltering ratings”, Larry King was replaced with Piers Morgan. On that night show, King said, “For now, for here, it is time to hang up the nightly suspenders.” But as I have already mentioned, Larry was not a quitter. Rather than retire, he took his show to the internet and later on to the Russian broadcaster RT. A life – long Rogers fan, King also survived a heart attack in 1987. He was battling a number of health issues, a heart attack, lung and prostate cancer and even a near fatal stroke that left him in a coma for 2 weeks in 2019.

Larry King married 8 times to 7 different women. When asked about his abnormal marriage count, Larry said, “I never thought this is strange, in fact I used to think that if people were married for a long time, they were strange.” Larry King said that he hoped that people will remember him as a good father and an interviewer who added knowledge of the world.

Larry was the greatest interviewer ever. People believe that the key to his success in those interviews which he did was that the simplest questions, solicited the best answers. Everyone remembers watching him with their parents every night. Larry always believed that his interview subjects were the true stars of his programs.

On the morning of 23rd January 2021, the saddening news broke on all television channels that Larry King passed away at the age of 87. King’s family says he was hospitalised right after Christmas. The cause of his death is unknown for the time being. But for us fans the king still lives in our hearts.

Should I Buy Tesla Stock Now? All Questions Answered