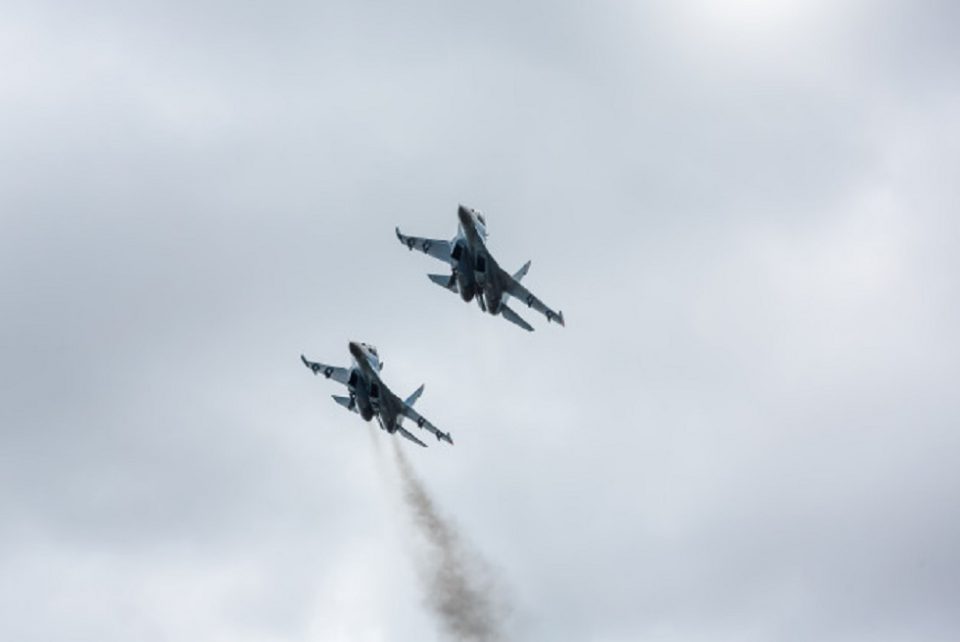 One of the very important happenings during Trump’s tenure were the defence deals that US made with different countries like India, Saudi Arabia, UAE and many more. The deal with UAE in particular was being considered as a very neat one. Trump promised the sale of F – 35 fighter jets to UAE if UAE started recognising Israel as a nation, formalise diplomatic relations with Israel and lowered down it’s offensive stance against Israel in the international forums and UAE completely agreed to this deal on all the terms. Bloomberg Opinion wrote on this, “Selling Fighter Jets to the UAE Is All About Israel”. This deal was estimated at about 23 billion dollars. UAE was getting their F-35 Fighter jets, Israel was getting acceptance and US was getting 23 billion dollars and the tag of peace maker (isn’t that oxymoronic that on one hand you sell fighter jets and on other you get to be called as the peace makers). Everyone was getting their piece of cake in this deal.

The other deal was with Saudi Arabia, which was pitched by none other than Trump himself. Trump knew that Saudi Arabia was one of the world’s biggest arms purchaser. In return of this deal, Saudi got many gifts from Trump. USA completely destroyed Iran’s economy by imposing numerous sanctions on the country. By doing so US eliminated the biggest threat to Saudi Arabia in the region. This deal was also said to be the reason that Trump did not oppose the murder of journalist Jamal Khashoggi by Saudi agents, which was committed openly in the Saudi embassy of Turkey.  Trump also did not end America’s support to Saudi in the Yemen civil war neither did the US President utter a word against Saudi when it did numerous human rights violations in Yemen. But what did US get out of this deal? Well, in 2017, the crown prince of Saudi Arabia, Mohd. Bin Salman signed a letter of intent on the behalf of Saudi Arabia that Saudi was going to purchase arms form USA worth 110 billion dollars immediately and also they were going to purchase US arms worth 350 billion dollars over a period of 10 years. This was a huge deal. Many countries’ whole economies do not add up to 350 billion dollars.

Donald Trump promoted these deals in the US as the economy building initiatives that were being done by his administration in favour of America and to create jobs in the country. He put his America first policy at work and did not care whatever Saudi Arabia was doing in Yemen. This suited Trump’s foreign as well as domestic policies. But President Biden held different opinions

President Joe Biden is a total opposite to what Trump was. Specially in the case of Saudi and UAE. For now, as the experts believe, Biden administration plans to re – negotiate and enter into another nuclear deal with Iran. His first step in this direction is the suspension and freezing of all the defence deals with Saudi Arabia. Iran has also welcomed this move of President Biden.

Also if one would go through Joe Biden’s career as a politician and his views about the middle east, they would find that he has always been skeptic about the monarchy that exists in Saudi Arabia. There is no democracy in Saudi, the king who belongs to the house of Saud is the Supreme leader there and appoints his successor as he wishes. Being a representative of the Democratic party and a politician in world’s oldest democracy, Joe Biden always believed that America was getting nothing out of the US – Saudi relations. In an interview with Carol Marin in 2004, Joe Biden said, “We are the reason why this oligarchy exists.”  In the same interview he also said, “They (Saudi Arabia) made a Faustian bargain with the religious organisations who are made up of extremely conservative Sunnis, referred to as Wahhabis, who have had as their habit and continue to have as their habit of exporting terrorism in the Madarsas and in the way they educate the Saudi youth.” He also that Saudi disdained from adding modernity to religion. He also believed that any coup, unrest or instability that unfolded in the middle – east had Saudi Arabia’s role in it, be it directly or indirectly. He proposed that if US wanted to bring back their troops from the middle – east they have to make peace with Iran. This interview of Joe Biden tells us about his thoughts about Saudi Arabia back in 2004.

Now also the stance of Joe Biden remains almost unchanged. He has said in 2020, “I would make it very clear we were not going to in fact sell more weapons to them (Saudi and UAE)…….. We were going to in fact make them pay the price, and make them in fact the pariah that they are.” Biden also said, “very little social redeeming value in the present government in Saudi Arabia……. We would end the sale of material to the Saudis where (Yemen) they are going in and murdering children.”

Joe Biden has also ordered the declassification of CIA investigation files of the journalist Jamal Khashoggi murder case. It is believed that once the files get declassified, Crown Prince Mohd. Bin Salman would come out as the sole perpetrator.

By the aggressive stance that Joe Biden has adopted soon after acquiring the office indicates clearly that the next four years are not going to get any easier for the Saudi royalty. On the contrary they might feel the horror of their arch enemy Iran becoming a nuclear state.

7 Best Ways to Shop Fashion Apparel Without Leaving your Home