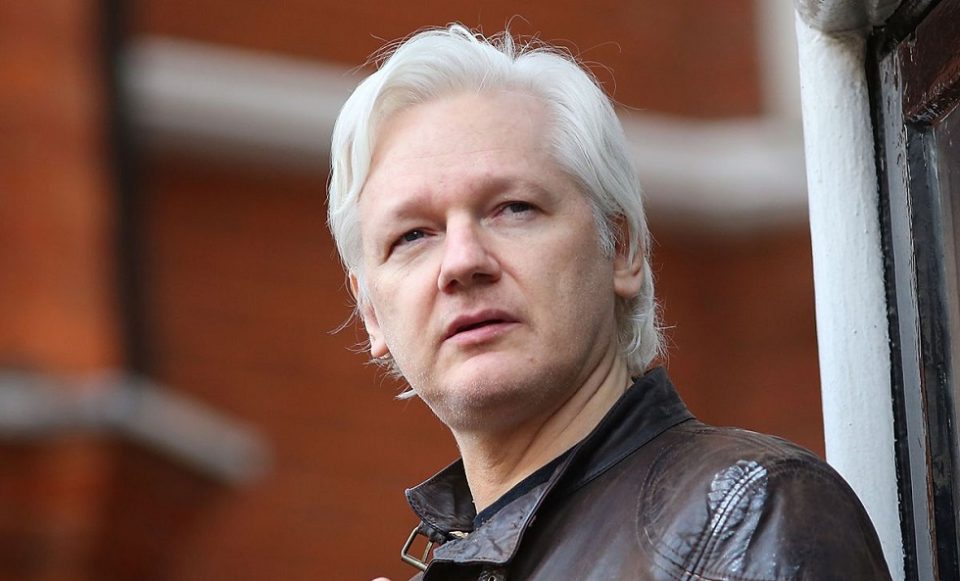 Julian Assange is in the news again. Because none other than our favourite beach coast guard Pamela Anderson personally requested ex President Donald Trump to pardon Mr. Assange. This request was made by her while Mr. Trump was still the President.

Pamela Anderson has made her final appeal to President Trump to show his commitment to free speech by granting a full pardon to WikiLeaks founder Julian Assange. Pamela is a long time supporter of Julian Assange and told that the pardon decision represents a defining moment not only for free speech but also for the ex President Mr. Donald Trump. She urged Donald Trump to do the right thing and defend a free speech hero. Mrs. Anderson has also said, “He has until midday on the 20th and I hope he makes that decision because I think that could add a positive to his legacy. I think that he is obviously against fake news and WikiLeaks is anti – fake news. It would be a perfect way to go out.” On this, I definitely agree with the veteran actress, the image of Republicans as well as that of Trump is in a grave need of something positive, especially after the Capitol violence. Trump was expected to issue about 50 to 100 communications and pardons before leaving the office this week. Despite an aggressive demand in favour of pardoning Mr. Assange, he failed to make to that list. We still have no information whether Mr. Trump has actually pardoned Julian Assange taking suo-moto congnizance before leaving White House or not.

This is what the actress said to Fox News in this context: “This will be a defining moment for the President. They say the entire world wants him to pardon or most of the world wants him to pardon Julian Assange. This would mean, this is why he is the President. This I think is the defining moment. This is the time to shine. Really make an impression on the world that this was freedom of speech because if this goes to trial, that is the end of the first amendment and I just think that this is so serious and so important. That pardon is sitting on his desk and I am sure there is a lot going on behind the scenes where people are maybe, bullying him a little bit because you know there is a impeachment, a couple probably cranky republican senators that are negotiating with this and he needs to do the right thing. This is one of those moments in history in his lifetime too that he needs to make the right decision and so it’s all up to President Trump. He would really gain a huge following and a huge sigh of relief and gratefulness from so many people on the planet.”

Who is Julian Assange and what is WikiLeaks?

Julian Paul Assange was born on July 3rd 1971 in Townsville, Queensland, to a separated couple. He also happens to be in the club of famous people who went to college but dropped out eventually. He had a very keen interest of computers. 80s is considered to be the dawn of age of the IT industry, and that is the time period when he developed the interest of coding and hacking by the age of 16 only. In 1991 he was charged with thirty – one counts of hacking related crimes by the Australian Federal Police for hacking into the Melbourne master Terminal of a Canadian telecommunications corporation. Later he was released with a fine of $2100 dollars as he was still a minor at that time. Also at that time he went on under the hacker alias “Mendax”.

By profession he is an Australian investigative journalist, programmer and the founder of the in-famous WikiLeaks. Though he registered the domain name leaks.org in 1999 only but he established WikiLeaks eventually in the year 2006. Not many people worked directly in his start-up. Even now also, total no. of employees in WikiLeaks is in single digit only. But the network of information suppliers to the website is close to about a 1000 people.

He is a believer of transparency in information and libertarianism in market. His website, WikiLeaks is a publishing organisation which reports on topics like Human rights abuses and violations. Julian Assange is a wanted fugitive by many governments all over the globe, especially America, Britain and Sweden, the reason being his investigative journalism. He has exposed many governments and scams done by them in the past years. Some famous ones are as follows:

But the biggest leak done by wikiLeaks till date was done in 2010 and this changed everything for Julian Assange as well as his website.  WikiLeaks leaked a helicopter footage from the Iraq war. This gruesome video showcased an American Apache helicopter opening fire on civilians and journalists knowingly and that too without any warning. Many civilians and 2 journalists from Reuters were killed in that carnage. This video was a tight slap on the face of America, it’s government, diplomacy and foreign policy. It was also a gigantic embarrassment for the country and the biggest leak of the century probably (this will be surpassed only if wikiLeaks will leak a video of Mark Zuckerberg taking off his human skin and turning into an alien lizard). However, this leak brought Assange and WikiLeaks under the “enemy detecting radar” of America. He was filed with a charge under the American Espionage Act of 1917 and from here started the phase of charges and cases against the man not only by America but also by different countries and it has not ceased till now.

Recently, Assange won his fight to avoid extradition to the United States earlier in January but was denied bail on mental health grounds. He is wanted to face and 18 – count indictment, alleging a plot to hack computers and a conspiracy to obtain and disclose national defence information.

There are many countries where free speech is still a dream. Then there are some countries where every effort is being done by spineless governments to suppress free speech as much as possible. The fresh example is India. A young comedian, only 28 years of age was jailed for a joke that he did not even crack. Reason cited by authorities was that a right wing vigilante gang expected that the comedian was going to crack a joke that would have offended them religiously and politically. That leaves free speech in shatters when you get jailed even before practicing free speech and that too in the world’s largest democracy.

In these times if a man like Julian Assange gets pardoned by the US, I think it is going to be “positive” for everyone, be it Trump or Assange or YOU. Yes YOU, in case you love to practice your freedom of speech.

The Dinosaur With 500 Teeth, A Nightmare for Odontophobes

Trade War between China and the US might make Europe suffer! Economist reveals concern!