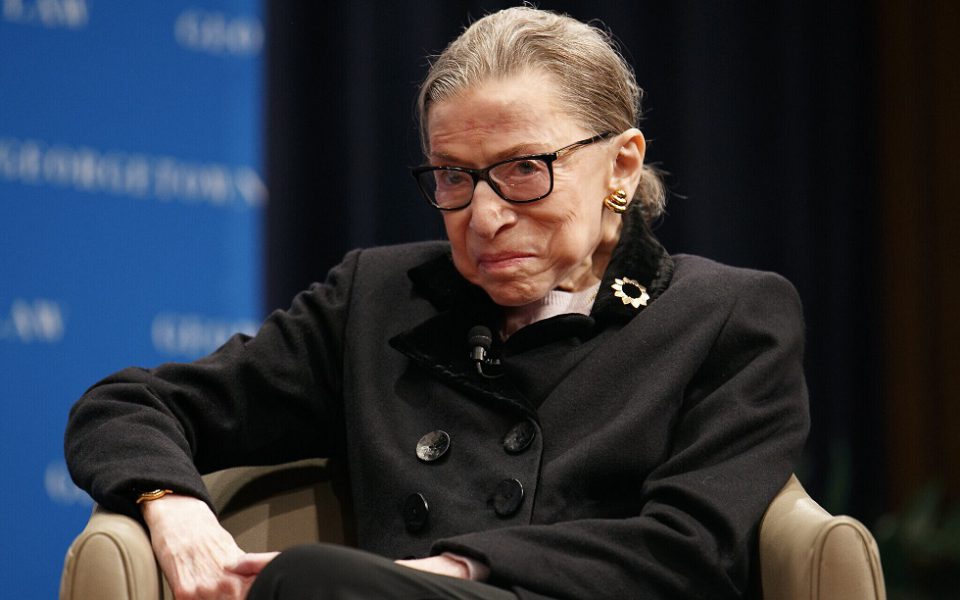 US Justice Ruth Bader Ginsburg was hospitalized Tuesday not because of COVID 19 but due to a benign infection caused by a gallstone. She has plans to take part through oral arguments in the court by telephone, according to the Supreme Court.

The 87 year old US Justice, Ruth Bader Ginsburg, was taken to undergo non-surgical treatment for what the court described as acute cholecystitis at Johns Hopkins Hospital in Baltimore. This is a benign gallbladder condition and Ginsburg initially sought medical care Monday, when the gallstone was first diagnosed. Due to the pandemic caused by COVID 19, the high court has been hearing arguments by phone, with audio of arguments available live to the public for the first time. The jurist rests comfortably and expects to be in the hospital for a day or two, the court said.

What Happened on Monday?

In pain on Monday, Ruth Bader Ginsburg went to Sibley Memorial Hospital in Washington after hearing the first-ever Supreme Court teleconference of oral arguments due to the COVID pandemic restraints. At the hospital, the doctors diagnosed her with acute cholecystitis, a condition in which a gallstone migrates to the cystic duct. External doctors from other hospitals have said that non-surgical treatment typically involves antibiotics and insertion of a tube to drain the infected duct, so this is presumably what Ginsburg experienced.

How was she on Tuesday?

The jurist well versed with her health scares over the years has a tough skin and participated in arguments from home on Tuesday.  However, by evening she was in enough pain that she had to go to Johns Hopkins Hospital in Baltimore for treatment of the infected duct later on Tuesday. Friends said the justice was in good spirits on Tuesday night, in the hospital, and watching the Metropolitan Opera on her iPad.

She also sounded healthier as she was partaking in an argument held on Tuesday. It included a decision about a U.S. requirement that foreign organizations (that are U.S.based health organizations) should get rid of prostitution as a condition of receiving taxpayer money to fight AIDS around the world. Looking back to 2013, the court had previously ruled that the anti-prostitution pledge, contained in a 2003 law, unjustly restricts the U.S. groups’ constitutional rights. Currently, the administration must decide if they want to subject foreign organizations to the pledge.

Ginsburg’s emergency treatment comes at a time when the U.S. Supreme Court’s live-streaming hit its highest due to the coronavirus pandemic. They adapted to a system where in the justices are participating by telephone. According to the court statement, Ginsburg, who is comfortable enough to participate in oral arguments from her hospital will do so on Wednesday when the court deliberates on issues.

A Quick Look At The Consequences:

Drawing the curtains back to 1993, Ginsburg was appointed to the court by President Bill Clinton and she was known for being a hugely popular liberal stalwart. For those who don’t know, it’s important to note that US Supreme Court justices are appointed for life. However, a look at her continuous health scares has sparked debates about early retirement which could make space for conservative US President Donald Trump to nominate a replacement. The jurist, however, stands strong and even shut down debates after repeatedly saying she will only retire when she feels incapable of handling the workload. After all, she has been dubbed as a social media icon and fondly referred to as “The Notorious RBG”, a funny take on the rapper The Notorious B.I.G.