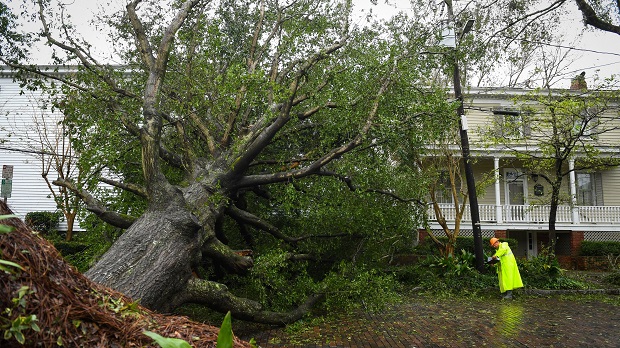 After the destruction lead by Hurricane Florence, its effects on the US economy is also getting visible.
The storm has shaved the economic growth as it has abated the visits to malls, restaurants and other public places, which ultimately has resulted in temporarily shutting down of the productions.
According to Moody’s estimates, the damages to houses, works, and businesses and all over infrastructure is expected around $16 billion to $20 billion. However, such kinds of estimates are still on oscillation due to unstoppable flooding that may last for more days. Over 32 people are killed and the lives of millions are destructed by Florence.
On the other side, according to Oxford Economics, the destruction is expected to be more extensive. Oxford’s Chief economist, Greg Daco estimated the losses and damages to infrastructure are expected around $30 billion to $40 billion.
Irma in Florida and Hurricanes Harvey in Texas happened in last year chopped U.S. economy growth under the third quarter by half of the percentage points, which made a copious amount of damage, that is of $180 billion in total.
Harvey even strikes Houston, which is known as the energy industry of the nation. Texas’s 15 oil refineries that represent about 25 percent refining capacity of U.S. shut down that ultimately rising the gasoline prices.
Here are the different aspects of the economy that has been affected by the Florence

The survey done by the Labor Department has conducted last week that as the residents evacuated and only the full-time employees who worked anywhere in the last week are being counted as employed.

North Carolina is said to be the home of a second most growing sector of aerospace and bunch of biotech, energy companies, and Information & technology. Florence has ruptured the Manufacturing & Industrial productivity.

Due to the storm, visits on malls and shopping complexes for the purchase of clothing, jewelry, toys etc. is temporarily closed and can be made up in coming weeks or months, however, visits to restaurants may remain canceled for long, said by Oxford’s chief economist. Residents will also replace their lost or damaged vehicles, which will fall a shot of more than 50000 vehicles including cars and trucks that were replaced after Hurricane Harvey, said by the chief economist of Pantheon Macroeconomics.
Governor has still warned the residents to stay off from roads and other impacted areas as the destruction through Hurricane Florence is not done yet.