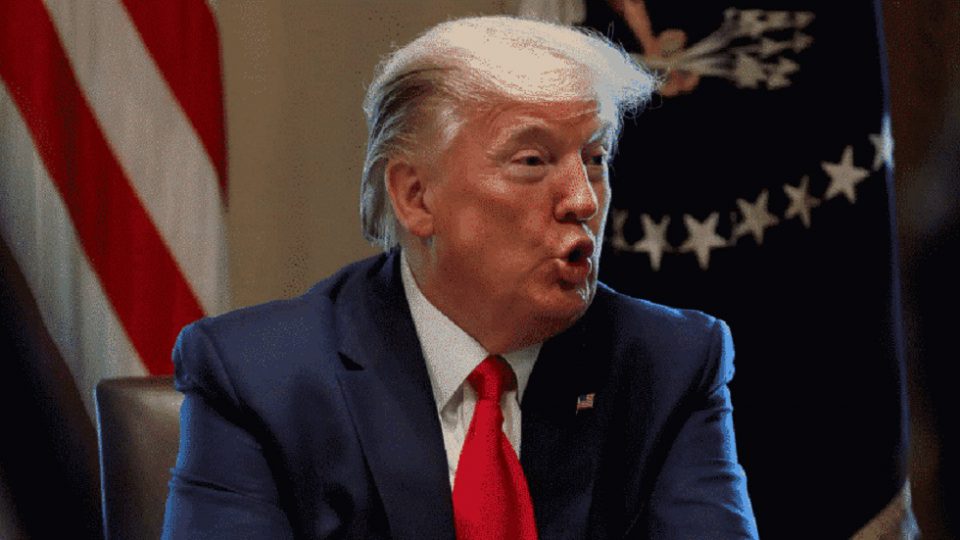 US President Donald Trump lashed out with fire and brimstone at the Lincoln Project after the Republican anti-Trump group released the “Mourning in America” ad. The ad heavily criticized the Trump administration for the way it has responded to the COVID-19 pandemic in the United States. The ad has blamed Donald Trump for the loss of over 60,000 American lives and over 26 million jobs. This is the ad which irked Donald Trump so much.

The ad ends on a really inflammatory note as it says “Americans are wondering, if we have another four years like this, will there even be an America?” US President Donald Trump was enraged by the ad and slammed the Lincoln Project. He went on to say that the Lincoln Project is made up of “losers” and it should be called the “Losers’ Project”

The Lincoln Project has George Conway, who is the husband of Trump’s advisor Kelly Ann Conway in its ranks. The group had been trying to get a response from President Trump through its ads for a while now and it has finally succeeded with this ad. The group had worked in the background since its foundation and has finally entered the American mainstream with the publication of this ad. Some of the other key members of the Lincoln project include John Weaver, a strategist for John Kasich’s 2016 run, and Rick Wilson, a Republican political strategist who was a leading figure in the “Never Trump” movement during the 2016 election. The ad hearkens back to the famous re-election ad from 1984 which was run in favour of famous Republican President Ronald Reagan. While that ad had a more positive “Morning in America” content, the Lincoln Project’s ad is a negative version of that.

Ever since Donald Trump won the 2016 election and was sworn in as the President of the United States of America, all the members of the Lincoln Project have been openly critical of him and his policies. Since its inception in 2019, the Lincoln Project has raised over $2.5 million in funds. It has spent over $1.2 million in its anti-Trump campaigns since then. Out of that, $115,000 has been spent in purchasing TV ad time alone. The majority of the funds have been directed towards the media consulting company called Summit Strategic Communications which has produced the ads for the Lincoln project. The majority of the TV ad time (more than a third) has been focused on the Washington DC market alone.

What is the Lincoln Project?

The Lincoln Project was formed as an American political action committee by a few prominent Republicans who were opposed to Donald Trump’s reelection in 2020. The Lincoln Project was announced via a New York Times op-ed penned by George Conway, Steve Schmidt, John Weaver, and Rick Wilson on December 17th, 2019. The foursome has been dubbed “Some of the most prominent NeverTrump Republicans” by Jennifer Rubin of the Washington Post. While the group has been criticizing Donald Trump for some time, its first famous video was released on March 17th, 2020. That video, called “Unfit” criticized Trump’s handling of the Coronavirus crisis in the USA.

On april 15th, 2020, the four main members of the Lincoln Project went on to publicly endorse Joe Biden’s Presidential campaign. They wrote:”We’ve never backed a Democrat for president. But Trump must be defeated.” they went on to criticize Trump’s handling of the COVID-19 pandemic and blaming him for the economic doldrums that the US was headed into.

On May 4, 2020 the group released an ad titled Mourning in America, invoking the ad Morning in America from President Ronald Reagan’s successful 1984 presidential campaign. The ad claimed the United States is “weaker and sicker and poorer” under President Trump’s leadership. The ad prompted a stream of angry tweets from the President in response calling the group’s founders losers and RINO (Republicans In Name Only).

Most of the money raised by the RINO losers of the so-called “Lincoln Project”, goes into their own pockets. With what I’ve done on Judges, Taxes, Regulations, Healthcare, the Military, Vets (Choice!) & protecting our great 2A, they should love Trump. Problem is, I BEAT THEM ALL!

Conservative media houses like the Washington times have criticized the Lincoln Project in the past as well. The members of the group have been dubbed “Nominal Republicans”. They were also criticized by writers on the Washington Examiner and The American Spectator.