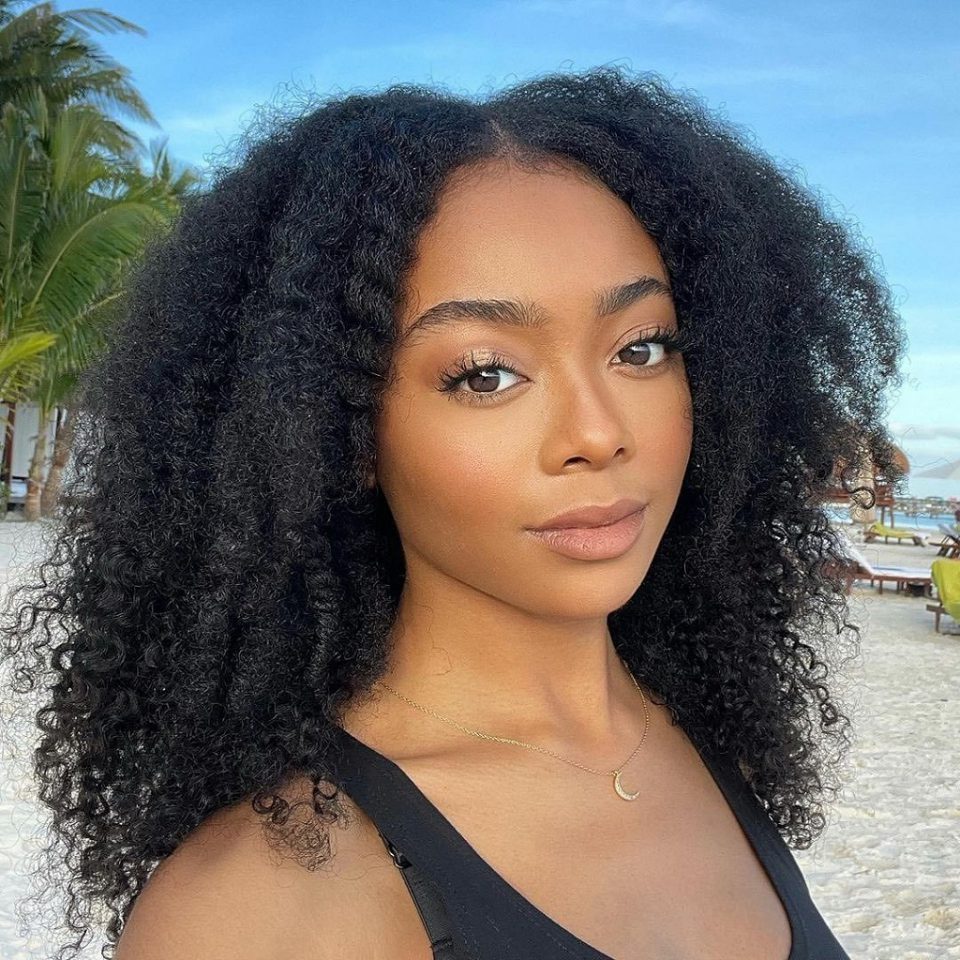 Skai Jackson has become one of the most promising young actresses in the film and television industry. Not only have we seen her in Disney productions, but she has also starred in the Lil Nas X video clip for Panini. If you liked that fact, here are 10 more!

Skai Jackson is an actress who was born in Staten Island, New York and rose to fame after her participation in the Disney Channel children’s series Jessie, where she played Zuri Ross. However, despite having grown up in the United States, the 19-year-old teenager has assured on different occasions that she has Honduran roots and that she has even visited the country.

2. Skai Jackson began her modeling career while still a baby.

The now 19 year old began her career as a child model appearing in numerous national commercials, including Band-Aid bands.

At the age of five, she got her first role in the movie Liberty Kid in 2007. Similarly, she has worked in films such as Rescue Me, The Rebound, Arthur and The Smurfs, among others.

4. Her paternal family is Honduran and resides in Punta Gorda, Roatán.

Jackson’s family is originally from the Bay Islands, Honduras. Jackson identifies with her Honduran roots, calling herself “Honduran Queen.” In 2014 she decided to take a trip to Roatan to visit her grandparents and uncles. The star made public different photos of her trip to the island.

5. She is the daughter of fashionista Kiya Cole and Jacob Jackson.

The talented actress has only lived with her mother and two brothers after her parents decided to divorce.

6. Following in their footsteps.

Currently, she has decided not only to be part of the acting world, as she aspires to one day have her own clothing line like her parents!

Her first major role was in the independent film Liberty Kid (2007), followed by other films such as: Rescue Me (2008) and The Rebound (2009). In 2009, she was hired by Nickelodeon to lend her voice to a little fish in the animated series Bubble Guppies.

From 2010 to 2011, she was a guest star on the television series Team Umizoomi, Royal Pains, and Boardwalk Empire. She also had small roles in the 2011 films Arthur and The Smurfs.

Skai has also participated in television series such as Royal Pains, Sesame Street, and she has given her voice to the character of Isa the Iguana in the cartoon Dora The Explorer.

From November 2011 to October 2015, Skai played the role of Zuri Ross in the Disney Channel series Jessie, alongside Debby Ryan. In 2013, she played the role of one of the daughters of the Roadblock character from G.I. Joe: Conspiracy. She also stars in the new Jessie-based series: Disney Channel’s Camp Kikiwaka, alongside her partners Jessie, Peyton List and Karan Brar.

In 2014, she participated in Disney’s Circle of Stars.

8. She took part in the 29th season of Dancing with the stars, her partner was Alan Bersten.

Last year Skai Jackson was the youngest contestant to appear on season 29 of Dancing With The Stars.

Skai already has quite an accomplished career, despite her young age, and followed in the footsteps of other Disney Channel stars who have competed on the long-running ABC competition series, such as Zombie actor Milo Manheim and The Cheetah Girls’ Sabrina Bryan.

The household name to Disney Channel fans along with her partner Alan Bersten were semi-finalists on the 29th season of Dancing with the Stars in 2020. The pair made it to the semi-finals but was eliminated 10th on November 16, 2020.

In 2016 the young woman went viral after becoming a meme, maybe that’s why you recognize her.

Besides playing Zuri Ross in Jessie, Good luck Charlie!, Austin & Ally, Ultimate Spider-Man and Bunk’d, the actress also publishes videos on this platform where she already has a total of 1m subscribers!

It was precisely in one of these videos – specifically, that of her house tour – in which she has shown us her passion for music, as she turned her home into a true museum that pays tribute to the musical legends who have marked a before and after with their lyrics.

At her entrance, she sports a gigantic portrait of the late rapper Biggie holding a crown on his head. Skai’s mother, who is the one who holds the camera and guides her daughter through the different areas of the house, assures that she has a special affection for the musician from New York, as she was able to see “how sweet” he was.

Although this is not the only legend that adorns The Jackson’s.

A huge painting by Tupac stars on the first floor of the chalet. Again, the mother of the actress indicates that both had the pleasure of meeting and, not only that, but she was able to read and listen to their songs first hand. “An incredible person,” she adds.

To end the tour of her personal museum, Skai Jackson showed us a painting of the well-known Amy Winehouse as well.