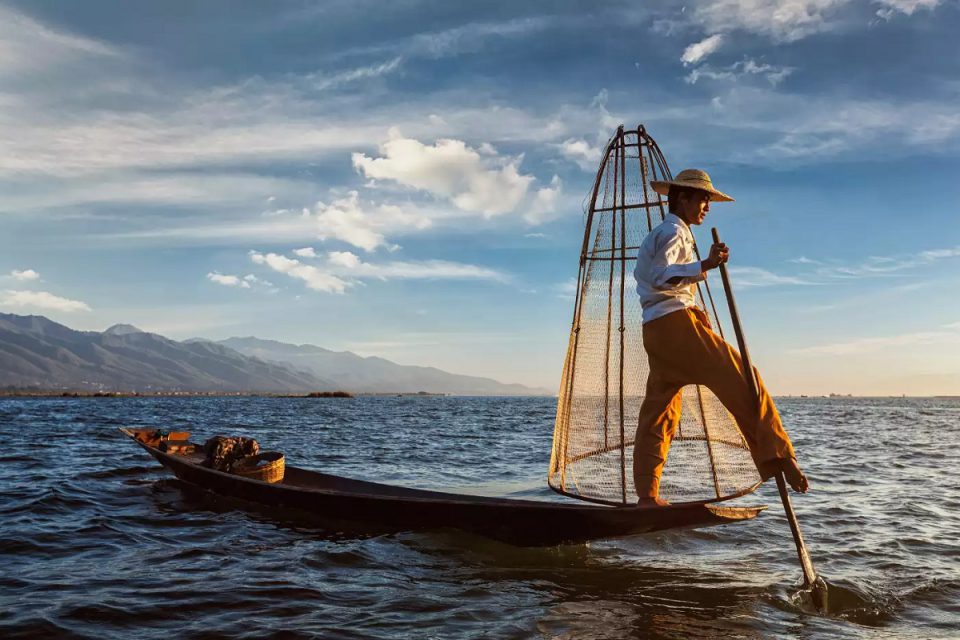 Myanmar is an Asian country formerly known as Burma. Civil administration took over the administration after 2011 in the country, which had been dominated by the military administration for a long time. The first elections, including the opposition in real terms, were held in 2015. The tourists who visited Myanmar from 2016 onwards have been speaking about a very safe experience throughout the country. If you are planning to visit Myanmar anytime soon, this post has got you covered. Let’s get started.

Myanmar Tourism 101: All You Need To Know

Yangon is not the country’s capital, but its largest city. Naypyidaw, the capital of Myanmar, is a very modern city located 320 km north of Yangon. The city was purpose built as a capital so you can find 16-20 lane roads everywhere.

The number of people living in the country is around 54 million. There are 135 ethnic groups in Myanmar, the most populous of which is the Bamar ethnic group. That’s why the country’s old name was Burma, that is, the Land of the Bamars. But in 1989, the name of the country was changed to include all ethnic groups and became Myanmar.

Myanmar is a photographer’s delight. Both people’s approach to photography and the abundance of photographic elements make people want to visit this country again and again.

Myanmar is both very poor and far below the Human Development Index. And strangely enough, even though the vehicles are mainly right hand drive, the traffic flows on the right.

How To Get To Myanmar?

Myanmar, formerly known as Burma, is accessible by certain flights. Unless you are in a neighbouring country like Thailand or India, the chances are that your flight to Myanmar will require multiple transfers. So be prepared for a long journey.

You can go to several big cities with Myanmar international flights. If you are going to smaller cities, you should either use domestic flights; or you should consider options such as a train or bus.

Myanmar is a big country, in general, we can say that November, December, January and February are the best months to visit Myanmar. There is hardly any rain during these months and the temperature averages around 30 °C. In other months the risk of rain is much higher and the temperature can reach 35 °C with maddening humidity, making your trip difficult.

What is the currency of Myanmar?

The currency used in Myanmar is Kyat (pronounced chet). 1 USD is about 1,330 Kyat. For example, if you exchanged 100 USD, it will cost you 13.3000 Kyat. You have so much money in your hand, don’t be surprised. 50 and 100 USD banknotes are exchanged at a better rate than smaller ones.

If you’re going to take USD with you on your trip, buy new banknotes from 2009 or later. In addition, make sure that they are not worn or you may not be able to cash them.

Most foreign citizens going to Myanmar have to get a visa. As in other countries, you must have a passport with at least 6 months of validity. Everyone, whether green or burgundy, has to apply for a visa. The application can only be made electronically, that is, online. A Burma visa for US citizens (and citizens of other countries as well) can’t be physically applied for.

Go to the e-visa website and enter the address and fill out the form. Have your credit card and a scanned photo ready digitally. You complete your application by paying 50 USD. The first email you receive contains information about your application. Two or three days later you will receive another email with the result of your application. There is usually a PDF attached to that email, which is your Myanmar Visa. You can take his print and hit the road. When you enter Myanmar, an entry stamp is printed on this printout, don’t lose it, they can ask at the exit. The tourist visa is issued for 28 days and can only be used as a single entry. In other words, if you have a situation like exiting and re-entering, you have to get a second visa. If you have an e-visa, for now, this only applies when you fly through the borders of Yangon, Mandalay or Naypyidaw.

If you want to make a last-minute decision and travel to Myanmar from a place like Thailand, you can go to the Myanmar Embassy in Bangkok and make your application. You can apply with one photograph, 30 USD and the form to be filled. Your visa will be ready in two or three days.

Which are the best places to see in Myanmar?

Whether you go to Myanmar for cultural purposes or just for photography, you will see many things that will impress you. Myanmar is a country where you can get to know the Buddhist culture closely. Theravada Buddhism is the school of Buddhism prevalent in Myanmar. More specifically, it can also be called traditional or orthodox Buddhism. All temples, pagodas and sculptures in Myanmar were built with this understanding.

Myanmar is one of the most popular tourist regions in recent years. There are so many places to see that we will only mention them briefly here. The ancient city of Bagan is one of the places to see. This is an ancient city with thousands of Buddhist pagodas and many monasteries. It also includes some villages where people still live with traditional culture.

Although Yangon is not the capital, it is Myanmar’s largest and most populous city. There are many Buddhist pagodas and temples in the city, where more than 5 million people live.

Mandalay and U Bein Bridge

U Bein Bridge in Mandalay should be at the top of your must-see list when you come to Myanmar. The wooden bridge and its surroundings in Amarapura contain enough material for photographers to spend a few days comfortably.

Mandalay, the second largest city in Myanmar, is also home to numerous temples and pagodas with Buddhist monks and scriptures in abundance. Some of them are gold-colored, some are real gold-covered temples, and some are painted white all over the temples and are still in active use.

Inle Lake is a freshwater lake located in the city of Nyaungshwe. In addition to being the largest lake in Myanmar, many people live in houses built on poles. In this respect, it is similar to the Tonle Sap lake in Cambodia. But they live here in healthier and better conditions. Traditional fishery specific to Myanmar is practiced in the lake. This offers a complete feast for photographers.

Hsinbyume Pagoda is the first structure you should see in Mingun with its structure reminiscent of white sea waves. Another unfinished stupa called Mingun Pahtodawgyi, located right next to it, is also worth seeing. In addition, the gigantic Mingun Bell, one of the five largest bells in the world with a weight of more than 90 tons, will add color to your visit.

Loikaw is a city where you can see the Karen, a different ethnic group, and the long-necked Karen Women. You will be amazed by the different cultures of the Karen People, who live in the region close to the Thai border, and the jewelry used by their women. You will also enjoy the Taung Kwe Pagoda, built on a few rocks. Locals climb this pagoda in the evening to watch the sunset.

What To Buy From Myanmar?

Myanmar is a poor country; but rich in tradition and culture. It contains many ethnic groups and cultural diversity. Tobacco is grown in some parts of Myanmar, but much more is consumed in Myanmar and most of the tobacco comes from China. Handmade cigars (Cheroot) and cigarettes are made with the tobacco that comes and is produced. Cigarette paper is not used. Some are wrapped in tobacco leaves, while others are wrapped in dried banana leaves. The prices are quite cheap. It cannot compete with Cuban Cigars in taste, but it is a good alternative for those who want to try it.

In addition, lacquer workmanship is very common and you can buy completely handmade products. Cup, bowl, plate etc. There are many alternatives that are hand-finished and lacquered. One thing to keep in mind is don’t buy a Buddha mask or statue from Myanmar. It is forbidden to take them abroad, they see it as disrespect.

Remember to carry cash around in Myanmar as most places won’t accept credit/debit cards or any other form of electronic payment. You can pay in kyat or equivalent in USD.

How is the food in Myanmar?

Everyone’s taste is different; but if you have a taste for Asian cuisine such as Indian, Turkish, Arabic etc, you can adapt to Myanmar food without much difficulty. Like other Asian dishes, cooked vegetables are more dominant than uncooked vegetables. You can easily find fish and all kinds of meat. We can say that a new cuisine is derived from the mixture of Chinese, Indian and Vietnamese dishes. It will not bother you in terms of flavor as not much spice is used.

So that was a quick look into the wonderful country of Myanmar. It is a relatively untouched wonder which is waiting to be explored. So plan your trip out well and have a great time. Mingalaba!

10 Things You Didn’t Know About Bitcoin

The Ultimate Guide To Planning The Perfect Romantic Getaway