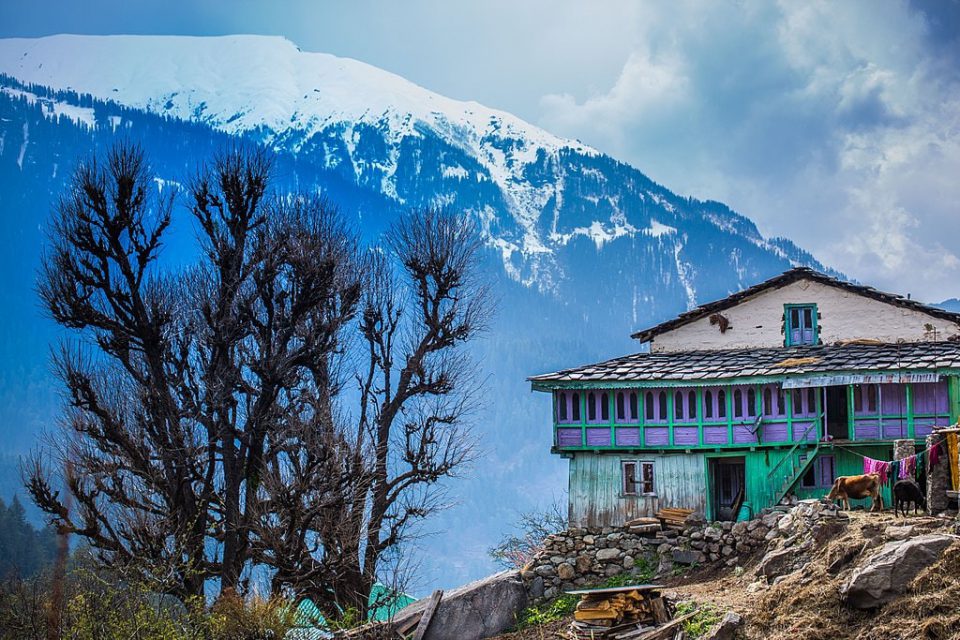 Himachal Pradesh is always regarded as one of the favourite destinations when we plan a holiday with our loved ones or with friends. Parvati Valley is one of the attractive places in Himachal Pradesh that have become one of the paradises and a hotbed for recreational immigrates.

Parvati Valley is known as Amsterdam of India and holds a great reputation for its cultivated crops named charas and wildlife. You will be amazed to know that Parvati Valley is full of folklore and myths behind staying of Gods and their visits to Parvati valley for some of the other reasons. Let us have a look some mysteries associated with Parvati Valley and what you must know before visiting this mystical place in India.

Why is this place called Parvati Valley?

You must be wondering why this place is named after a Goddess and beloved of the Lord Shiva-the destroyer. Well, the reason behind it is Shiva meditated in the Himachal Pradesh Valley (now known as Parvati Valley) for more than 3,000 years. He meditated here in the form of a sanyasi or naga sadhu who are naked and wrapped with ash-smear. After meditating for several years, when Lord Shiva confronted the perfectly sculpted and untouched landscape of the valley, he named it after his beloved, Parvati.

When Shiva and Parvati stayed at the Parvati Valley, Goddess Parvati lost one of her precious stones or mani in the stream waters. She became very upset due to the loss of the mani and asked Lord Shiva to get it back. Shiva commanded his men to find the stone for Parvati and get it back to her.

Unfortunately, all his men failed to do so and Shiva got very angry with them. He opened his third eye out of rage and wreaked havoc upon this universe. His servant Sheshnag appealed to his Lord and tried pacifying Shiva. Sheshnag hissed which gave rise to the flow of boiling water that spread over the land surrounding the stream. This resulted in the emergence of the lost mani which was accidentally thrown into the water by Parvati. Henceforth, this place has been named after the lost stone, Manikaran.

Sikh community is one of the most prominent communities residing in India. They narrate that at the time of third Udasi, Guru Nanak, the founder of Sikhism came to the Parvati Valley along with his disciple named Bhai Mardana. Once, Mardana felt very hungry and they were left with no food. Guru Nanak told Mardana to get some flour form the community kitchen or langar. Mardana came back with flour and made few rotis out of it but there was no fire to cook them. It was then Guru Nanak asked Mardana to lift one stone during which a hot spring appeared suddenly before him. Guru Nanak asked Mardana to put the rotis in the hot spring to get them cooked, however, the rotis sank in the water.

Guru Nanak then told Mardana to pray to God asking if the rotis can float back to him, he will donate one roti in his name. Mardana did exactly the same and when the rotis started floating above the water duly baked, he donated one roti in the name of the Lord.

What is the story behind Kheerganga in Parvati Valley?

Another fable says that Kartikeya loved meditating here due to the wildlife and sound of rolling waters in the rivers. However, this caused distraction too that made his father, Shiva to pierce his Trishul in the ground to bring silence to this place and the forest area. The spring emerged from the place the Trishul hit the ground.

The untold mystery of Malana in Parvati Valley

Malana is a village in Parvati Valley. It is believed that the villagers residing in Malana are the descendants of deported Greek soldiers who were with Alexander-the great. However, their existence is well-connected with Hindu mythology even which makes their origins mysterious. The villagers believe that Jamlu Rishi is their Devta or primary God. He is one of the sages mentioned in the Puranas and had once inhabited in this place. The democracy laid by their Devta works for the village till date and they have their own and fully-functional parliamentary system.

Another strange mystery about this village is that no one can touch each other’s belongings without having prior consent with the owner of the belonging. The villagers themselves are quite friendly to one another but, any outsider is told to maintain a distance and not to touch their property in the village area. The shopkeepers may ask you to keep the money in the cash counter and gather the needed goods from there, avoiding any physical contact in between. They are so cautious about contact with outsiders that whenever any contact is been made accidentally, they would rush to the stream for taking a bath!

Why do Travellers disappear in the Parvati Valley?

Although Parvati Valley is one of the most favourite tourist destinations in India, there have been a few cases in the past regarding the disappearing of tourists. Let us see what could have made them disappear.

Since Parvati Valley is surrounded by mountains and valleys along with wildlife and Jungle, keeping an experienced guide with us is a must. To explore this paradise, you must hire a professional hiker unless you have stayed there for years. Many tourists however dared to visit the jungles and explore the mountains without seeking any professional help and have lost their path.

The calm weather and picturesque view have made many tourists fell for it. Many tourists who visited this place in the past loved it so much that they decided to settle there. Some others got engrossed in the noble cause like reporting druggists and serving the needy.

Other than this, it has been reported that a few of the tourist has become prey to murders and thieves who robbed the trekkers for snatching away their belongings. The dead bodies of the travellers were later found buried in the forest lands or thrown in the valley. One of the travellers in an incident was a gunshot while the other managed to run away.

Parvati Valley although is a land full of myths related to gods and goddesses, it is a favourite spot for narcotic dealers too! many drug dealers from Israel, Nigeria and related nations assemble in this place to trade drugs. Trekkers are also aware of the fact and druggist trade drugs, risking their life while treading through the dangerous path of the valley and the forest in the night time.

What Precautions must be taken to ensure a safe and memorable visit in Parvati Valley?

If you seek to have a safe and memorable experience while exploring Parvati Valley, you must hire a professional guide particularly when you plan to trek in the Tosh valley or other less explored areas.

Refrain yourself from coming in contact with drug sellers or from buying anything unknown from Parvati Valley.

Avoid travelling at night or during monsoon season as landslides in Parvati Valley in very common during monsoons. The mud in the region becomes quite slippery and the jungle area becomes infested with dangerous creatures like poisonous snakes.

Interesting things to do in Parvati Valley

Enjoy the riverside at Kasol

Kasol is located on the banks of Parvati river and in between the beautiful mountains of Parvati Valley. For mountaineers and backpackers, Kasol is next to paradise on earth. Visit this place if you want to chill, relax and enjoy the riverside. You can feast yourself with Israeli cafes that are loved by many international tourists visiting Parvati Valley. Many signs in the town of Kasol is made in the form of Hebrew that gives this place a feeling of the Mainland.

Visit Manikaran to heal yourself

As mentioned before, Manikaran holds a unique position in Parvati Valley and is a must to visit place. The famous Manikaran Sahib Gurudwara is popular due to the hot springs that have the potential to boil the rice. Many locals believe that the hot water gushing out from the spring can cure many diseases like a nasal tract, bronchitis and rheumatism.

Quaint Chalal is one of the favourite places for party lovers visiting Parvati Valley. Trance music can be heard from the village where people who intend to join the party and smoke assembles together for merrymaking. Situated in an altitude around 5300 feet above the sea level and around 30 minutes trek away Kasol, Chalal is visited by tourists who seek to join the merry-making amidst old-worn mountains.

The village of Tosh is yet another example of cannabis plantation and unparallel beauty of nature which makes the Himalayan range a paradise for nature lovers. Tosh is situated in the far end of Parvati Valley and is untouched by fast-paced modern life. The tranquil river flowing beside the river makes it a must to visit expeditions for hippies and adrenaline junkies.

Malana is an old and solitary village in Parvati Valley which is a plateau beside the Malana River. The river is also known as Malana Nala and lies in a quaint corner of the Parvati Valley. The place is unique in itself due to the strong culture and tradition followed by the locals living there following some very stubborn and unchangeable rules. Since they believe in democracy and well-organised parliamentary systems according to rules set by their deity Jamlu Rishi, no one can unfollow the rules and has to abide by them strictly. The court system followed by them resembles just like Alexander’s era.

Give yourself a delicious treat

Parvati Valley and Kasol have some very amazing places that have made this place famous gastronomically. Many Israeli settlers serve continental food, meats cooked exotically and fishes that they catch from the river and are blended in the middle eastern sauces to give mild flavours of the mid-west. Furthermore, when your tummy gets empty due to long trekking and hiking, the food will prove nothing but unforgettable experience in itself. Go, and explore some evergreen restaurants and the cafes to give a treat to yourself and your loved ones.

Trekking at Kheerganga and Himalayan National park for adventurers

Most of the tourists visit Parvati Valley to enjoy trekking and hiking amidst mountains and valleys. For trekking, you can opt for snow-capped peaks or the forest areas or choose a water spring which is famous for its medicinal purpose. Camping in between meadow is also a good idea where you can install a tent and stay for a couple of days to envisage picturesque view of the mountains and crystal-clear skies.

Enjoy river rafting at the Kullu

While sitting in the lap of nature, Kullu might be one ultimate retreat for enjoying a peaceful and serene atmosphere. Adventure enthusiasts often visit Kullu to enjoy river rafting on the Beas. You can book a hotel room for yourself or visit beautiful temples in this region such as the Hadimba Temple and the famous Raghunath Temple.

20 Famous Indian Women Personalities You Must Know About

How to choose your hotel on your next vacation