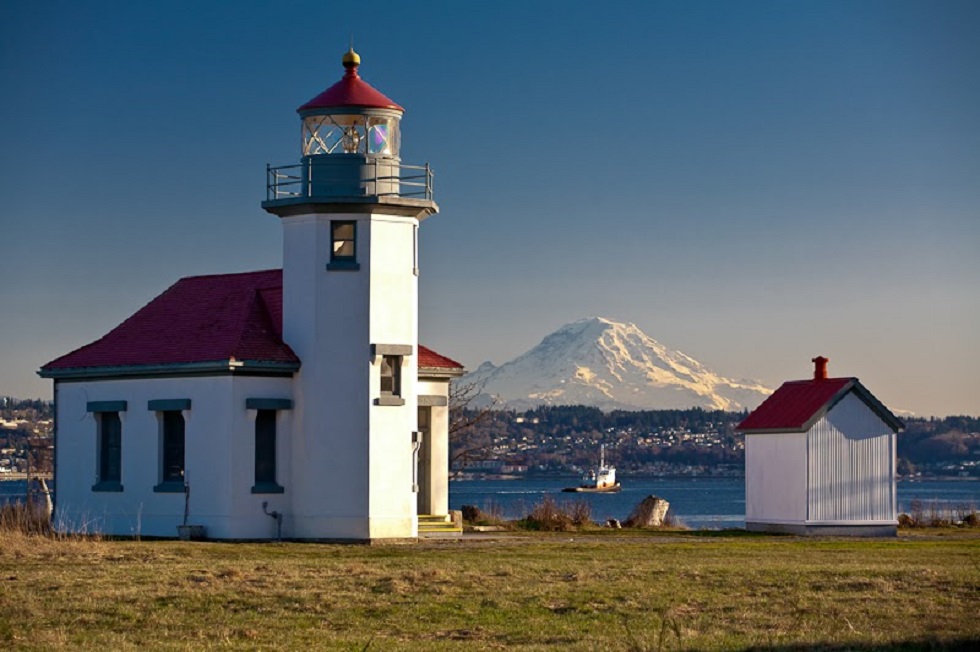 Vashon Island is located inside King County, Washington, United States of America. The Vashon Island is also known as the Vashon-Maury Island. The island covers an area of almost 37 square miles and as per the 2010 census, had a population of 10,624 people. The island doesn’t have any bridges that connect it to the mainland. The only way to reach it is by ferry. That has added to the island’s isolation from the mainland.

How to reach Vashon Island?

To get to Vashon Island, tourists can use a ferry, a beautiful 20-minute ride from either West Seattle or Point Defiance in Tacoma. The round trip with your car will cost $20 on the ferry. If you happen to use the ferry on a sunny day, you can enjoy great views from the upper deck of the ferry. The island, named after British sea captain James Vashon, is rural by design. Unlike some busier islands, such as Bainbridge and Whidbey, Vashon doesn’t have any bridges connecting it to the mainland. And because of its low aquifers, the island can’t sustain the kind of massive urban expansion that’s taken over the rest of King County. Vashon is intentionally cut off, and a nice change of pace from the city.

What to see and do on Vashon Island?

Jim Marsh, executive director of Vashon’s Chamber of Commerce said: “One of the things we all love about this place is that we are lucky to live in a beautiful environment, we’ve got forests, we’ve got water views, we’ve got beaches. There’s plenty of places to hike, to bike. And the nice thing is we are 20 minutes away to two major cities. That is, on a very basic level, one of the things that makes Vashon a special place.”

The island is only 13 miles long, but its 45 miles of shoreline makes for a lot of great beaches. You can rent electric bikes to roam around the island as well. The residents are really keen on preserving the environment of the island. These are some of the island’s sights that you must see during your visit: a rocky beach at Lisabuela Park, a wooded beach at Fern Cove, or go to Jensen Point Park, where you can launch kayaks and boats. Once you take the ferry over to Vashon, you should head straight for Point Robinson on Maury Island, which is attached to Vashon by a man-made isthmus.

You can take a short wooded trail from the parking lot to the beach and enjoy a magnificent view of majestic Mount Rainier at the end of the trail. The 1885 lighthouse makes a scenic backdrop for pictures, and the keepers’ quarters are now vacation rentals (they cost about $200 per night during the off-season).

Point Robinson’s beach is perfect for kite flying and rock skipping, with a grassy picnic area for playing hide-and-seek. Orca sightings happen year-round. With some luck and good weather, you can spot Orcas in the sea.

If you are walking or driving around the winding country roads, it’s easy to get lost even with your GPS on. You can spot a lot of sheep grazing happily through the expansive pastureland on the island. With all the working farms on the island, you’ll drive by farm stands on every road. They pop up during harvest season (mid to late summer) and operate on the honor system.

Vashon Island: Where to Eat?

Vashon island features something resembling a downtown area, which the locals call Uptown. You can spot it by its blinking spotlight. The island’s entire main highway only has a grand total of four stop signs. You can enjoy a nice drive to the town for a quick bite. Since it’s in Washington state, it usually rains a lot. And you can enjoy the rain with some awesome food at Snapdragon (not related to the cell phone processor). Snapdragon is famous for its baked goods, soups and salads. The egg sandwich with a buttered croissant and gooey cheese is an indulgent delight of Snapdragon. The super sized cinnamon bun is good enough for 3-4 people. The service at the cafe is slow and sweet, as you would expect from an eatery in a rural island like Vashon.

You can also try the Vashon Island Coffee Roasterie for some nice hot brews.

Vashon has long held a reputation as a sanctuary for artists and hippies, and now lawyers, too. Nearly a third of the island’s 11,000 residents commute to Seattle or Tacoma for work, just a 20-minute ferry ride away.

But living on the island has its quirks. You have to be prepared to go without power, and be able to fix stuff yourself. Boats can be delayed because of orcas or weather, so you might not make it to work on time. The people of Vashon Island also live a very active lifestyle. They work on farms, take their dogs for walks and tend to their gardens. The people on Vashon Island are very nice and friendly. They are famous for helping tourists out with directions and guidelines about the places to see in Vashon Island. In fact, it’s highly recommended to engage with the locals during your visit to Vashon Island.

Vashon Island Strawberry Festival – This festival is usually held the third weekend in July. It is definitely one of those Vashon Island festivals you don’t want to miss. Vashon was the center for strawberry production in the early 20th century. This festival celebrates the small but important agricultural heritage of the island. The festival features local artists, music, parades, street fairs, and of course, lots of strawberries.

The Bike Tree – In the tallest tree just north of the Sound Food building, you can see a rusty bike sticking out. It’s an odd landmark with an interesting backstory. According to Urban, the tree’s owner, a family lost everything in a house fire in 1954. Someone donated a bike to the family, but it was a girl’s bike, so the boy left it in the bushes. The monument is a case of accidental genius. Some unassuming person placed the bike in the crook of the tree and the tree has grown around the bike over the years. Sadly however, parts of the bike were vandalized and the wheels were removed.

It’s held on the Village Green. It is a great spot for families to shop for local produce, baked goods and crafts, and pet some llamas, goats and rabbits.

Island Center Forest – A 363-acre forest and nature preserve with an incredible network of trails. Walk through wetland areas, tall rows of trees and around two pretty ponds. Bring binoculars for bird watching, as more than 70 species of birds call the Island Center Forest home.

Vashon Heritage Museum – This museum features photos and artifacts from Vashon Island’s history, ranging from the First People and early settlers to the present day.

What to Do on a Great Myanmar Holiday?

Great write-up on our little island Akarsh! We have some much to do here on Vashon Island. Thanks again for the great write up, I have shared it on our social media.